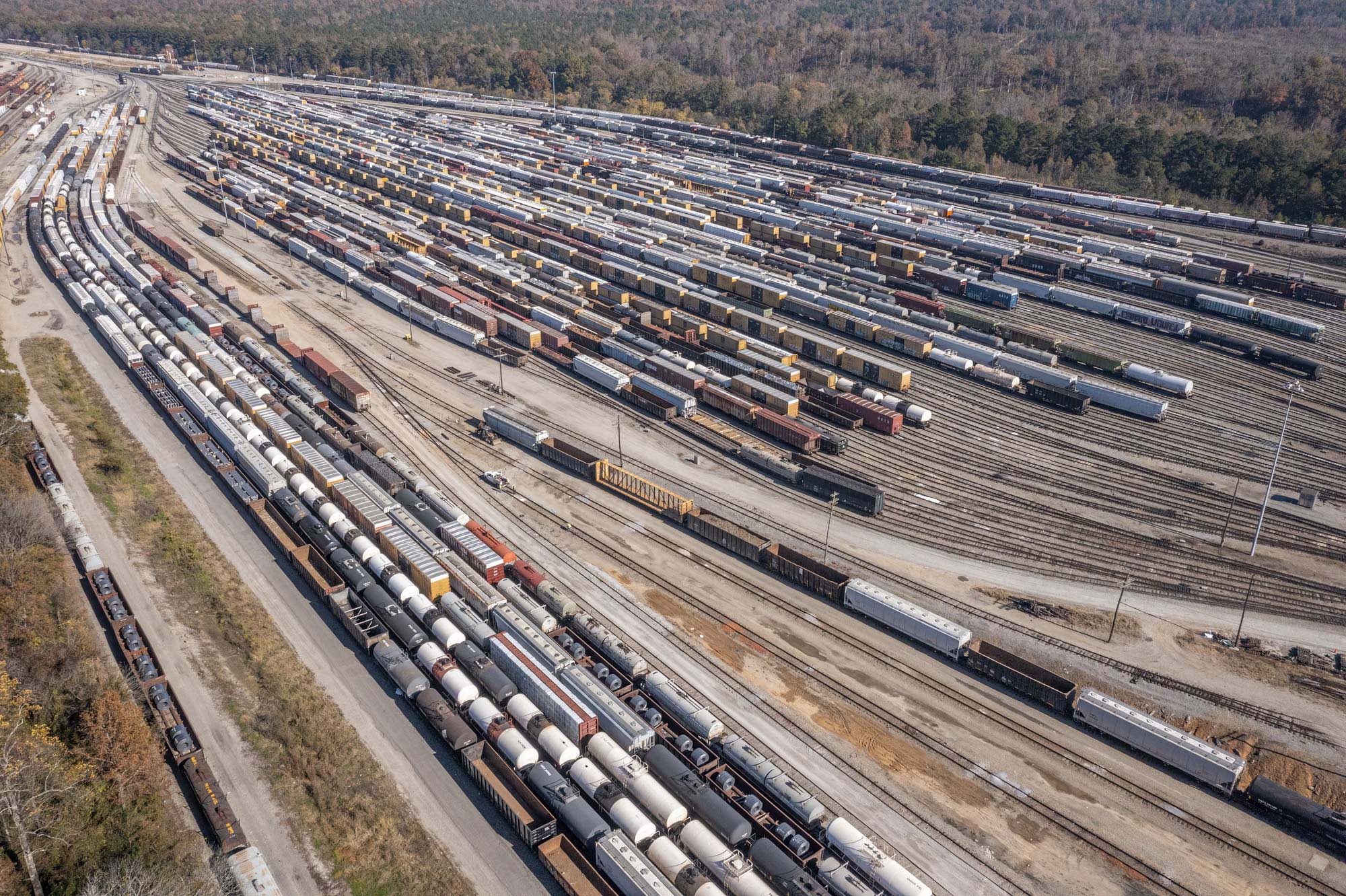 The supply chain is impacting the train industry and creating an overload at the train yards. (Photo by Ron Burkett) 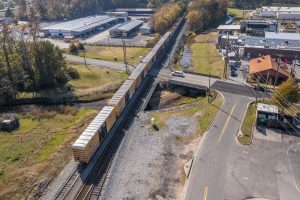 According to Representative Danny Garrett, the bill had caught the attention of three major railroad companies.

“Representatives from Norfolk Southern, CSX Transportation, and Burlington Northern and Santa Fe Railway (BNSF), all came to Montgomery, many of them came from out of state, and met with about seven or eight House members to discuss the issues,” Garrett said.

The bill states that it “would provide that, except for trains stopped due to mechanical failure where separation or movement is not possible, and except for trains stopped as required by federal law, any train that has come to a complete stop and is blocking a railroad-highway grade crossing shall be cut, separated, or moved to clear the crossing upon the approach of any authorized emergency vehicle.”

If a train blocked a crossing for two or more continuous hours, it would be deemed “a public nuisance and would levy a civil penalty of $5,000 for each additional hour the train blocks the railroad-highway grade crossing. The civil penalty would be limited to $50,000 per day.”

Garrett explained that the visit from the railroad companies was needed and “a step in the right direction.”

“We indicated to them that what had happened was unacceptable, that many of the problems could be avoided,” Garrett said. “They explained to us what they were doing to try to rectify the situation, and we stressed to them that they need to do better planning. We also indicated we felt like they could do a better job communicating with communities when there have been planned outages or plans problems. They need to communicate that so people know ahead of time what there may be interruptions.”

The railroad companies reiterated the problems with hiring workers, but the companies explained they are working to change and modify their approach.

“They’re having difficulty hiring workers, although they are doing some things to go out and actively increase workers, they’re also changing some of their operating practices that had previously focused on cutting cost and improving rail efficiency in yields,” Garrett said. “But the problem was that was contributing to part of the problem with the supply chain issues and these labor shortage issues.”

Garrett said that the House of Representatives offered at the state level to try to help the railroad companies find workers.

“We’ll continue to be hopeful to see some improvements,” Garrett said. “I don’t think we’ll see the problems go away overnight, but they certainly should improve. We will continue those efforts to solve the problem.”

The CSX representative told the House members that they had the railroad company’s attention and would like to move forward in a positive way.

Railroad companies have a term called “precision railroad,” and Garrett explained that it was a mode of operation.

“It basically has to do with lengthening trains and has to do with how trains are staged and are moved, using less personnel,” Garrett said. “When things are all aligned, that’s a really good working model, when you don’t have all the tools in the toolbox, things tend to fall apart. So what they’ve done now is to kind of move away from cost-cutting as a focus to customer service as the focus.”

Garret said that he believes that the railroad companies have always been customer-oriented, but this reiterates their focus.

“They basically said, ‘Look, we’re not into the mode of increasing or decreasing costs. We’re now focused on improving customer service,'” Garrett said. “Of course, part of that has to do with the timing of how they deliver, when they deliver. The issues they talked to us about were specific things they were doing to change their operating practices to modify their operating models.”

The plan moving forward is to continue to have discussions with the railroad companies and have a plan if such blockages were to occur.