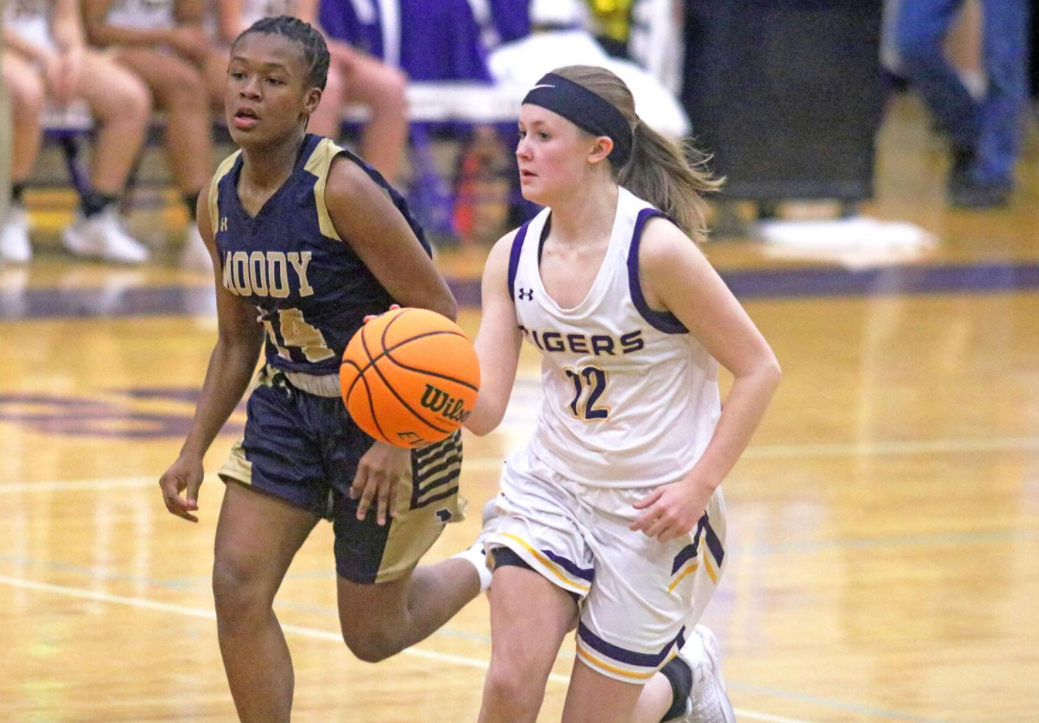 Springville's Abbie Talton brings the ball up the court against Moody. (Photo by Josie Howell, The St. Clair Times)

SPRINGVILLE — Ragland and Springville are set to face off for the St. Clair County basketball girls championship. 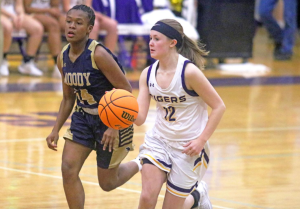 Springville’s Abbie Talton brings the ball up the court against Moody. (Photo by Josie Howell, The St. Clair Times)

Springville is aiming for a sixth straight county championship, but Ragland is this year’s top seed. A year ago, Springville beat Moody for the crown.

This year’s finals will be Saturday at Springville High School at 4 p.m.

Springville 47, Moody 29: No. 2-seeded Springville defeated No. 3 Moody on Friday. The Tigers aggressive defense limited the Blue Devils to only two points after the first quarter. By halftime, Springville found themselves ahead 26-17 and later 36-29 by the end of the third.

Head coach Warren House said his girls put in a good effort against the Blue Devils.

“We didn’t shoot the ball well tonight, we got a little out of control but we played hard the whole night long on the offensive end, going to the board, we did a good job there,” House said, adding he’s not sure what the final game will look like.

“You never know. Ragland can shoot 3s and they’ve got a couple of bigs in there. It’s going to be whether we can bring that effort (Saturday).”

Abbie Talton led the Tigers in scoring with 11 points while Farrah Hawkins followed behind with 10. Makayln Kyser also put up eight.

For the Blue Devils, Sydney White and Tori Pyles both led with nine points each.

Head coach Sawyer Merritt said despite the win, there are still ways his team can improve.

“We played timid tonight. We missed several opportunities on offense and were careless with the basketball,” Merritt said. “I am proud of my girls for battling through the nerves and coming away with the win. We are excited to be in the championship game.”

Cadence Buchanan led the Purple Devils with 15 points. Campbell Adams and Rylee Mickler also boosted their team with 10 points each.

A version of this story appeared in The St. Clair Times and is used with permission.