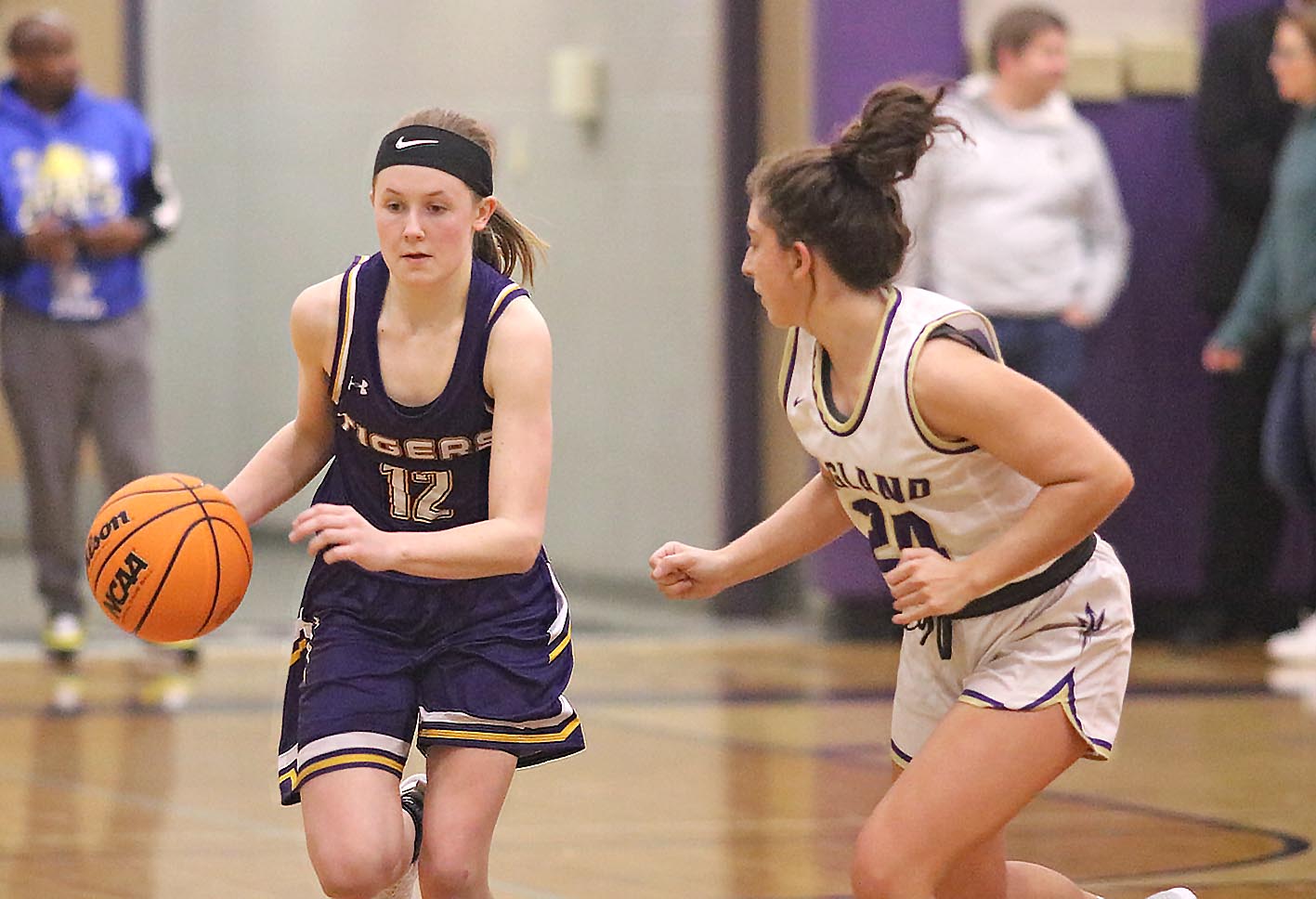 SPRINGVILLE — Bella Bullington and Makalyn Kyser combined for 29 points as the Tigers (10-10) handed Ragland (20-3) only its third loss of the year, winning the St. Clair County Tournament here on Saturday, January 29, 2022 by a final of 57-36. 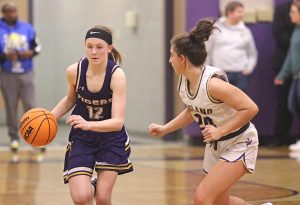 As the teams traded scores in the first quarter, it became apparent that Ragland would have trouble with Springville’s pressing attack, which caused multiple turnovers. After senior guard Abbie Talton scored to get things started for the Tigers, Bullington went to work inside, staking Springville to a 4-0 lead.

Ragland would not go quietly, however, as Aubrey Ball dropped a pair of three-point shots to put the Purple Devils up 6-4. A quick layup by Campbell Adams stretched Ragland’s lead to 4. That’s when Kyser went to work on the low blocks, drawing a foul and hitting a pair of free throws. Farrah Hawkins got the bucket and a foul on a fast break, converting the free throw to give Springville the lead back.

Ragland, because of its better record, was the No. 1 seed in the tournament, casting Springville as the visitors on their home court. That didn’t faze the Tigers, though.

“I knew going into the season with how tough our schedule was, I knew this was probably where we were going to be,” said Springville head coach Warren House. “Tonight (Bullington) did a really good job. She’s had a couple of games where she wasn’t finishing like that, but tonight really got in there and got some points and got some boards for us.”

The Tigers began to pull away in the closing seconds of the first period when Talton stroked a three and then found Bullington on a lead pass for a score right before the buzzer to make it 14-10, Springville.

From there, it was all Tigers, as Springville scored on three straight possessions to open the second period. Talton hit her second three-pointer of the game, Bullington scored and then Farrah Hawkins got in on the act, nailing her own three and pushing the lead to 22-10 to force a Ragland timeout.

“We turned the ball over more in the second quarter, and I think we got ahead of ourselves a little on the press and weren’t as patient,” said Ragland head coach Sawyer Merrit. “Offensive rebounding, I think we let them get way too many shots under the basket. That widened the gap and it was tough to crawl back from there.”

The Tigers scored on six straight possessions at one point in the second quarter, capped by a trey from Ana De La Pena, making it 34-15 in favor of Springville before Nya Brewster forced Bullington to foul and break the momentum. Brewster hit one of two from the free-throw line, but could never get momentum back. The teams went into the half with Springville up by 20 points, 36-16.

“We don’t really have a lot of height on the team, we only have a couple of really tall girls,” Kyser said after the win. “So I think it’s important for me, being as aggressive as I am to get down in there and get as many boards for my team as I can because I am a senior … if we’re not scoring well on the outside, at least I can help out on the inside.”

From there, Springville cruised for most of the second half, pushing the lead to 21 points by the end of the third quarter and maintaining that margin for the final score.

Bullington led all scorers with 15, while Kyser had 14. Talton and Hawkins each scored 8 for the Tigers.