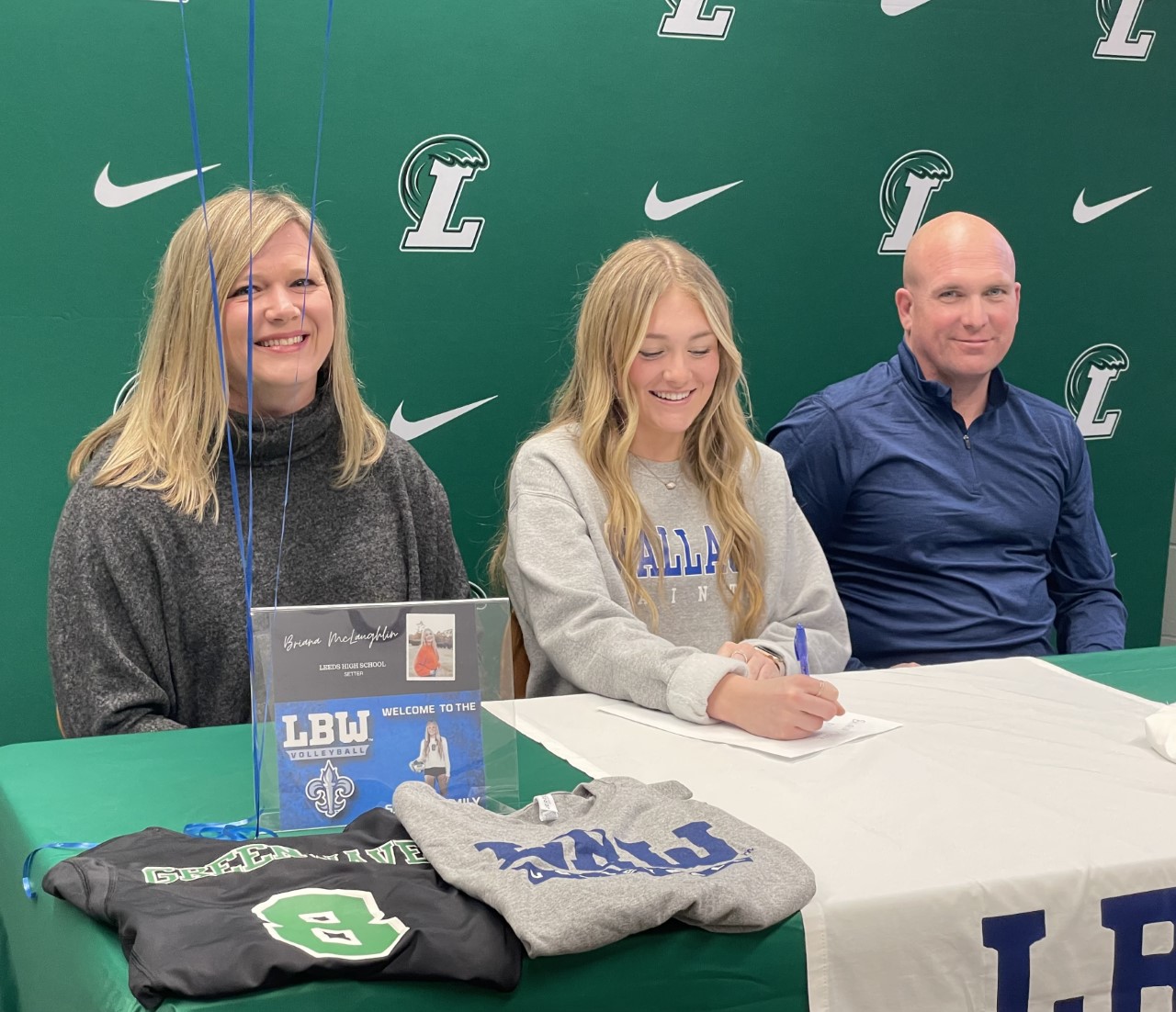 Briana McLaughlin (center) with her parents as she signs to play college volleyball at LBW in Andalusia. (Photo by Bobby Mathews)

LEEDS — Briana McLaughlin will be continuing her volleyball career at Lurleen B. Wallace Community College in Andalusia. The Green Wave’s senior setter and captain officially committed on National Signing Day, surrounded by family, friends and teammates. 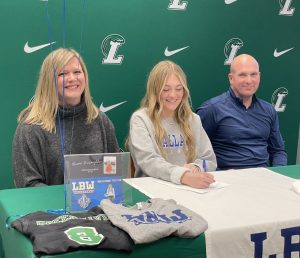 Briana McLaughlin (center) with her parents as she signs to play college volleyball at LBW in Andalusia. (Photo by Bobby Mathews)

McLaughlin said she felt at home on an official visit, practicing with the Saints.

“I definitely felt good with the team,” McLaughlin said. “I fell in love with the team, with their energy. They were very encouraging and uplifting to me. Even though I didn’t know them, they talked to me like they’d known me my whole life.”

McLaughlin was a force for the Green Wave, using her position as a setter to call the offensive plays for the team. Seeing her blossom into the leader that she became as a junior and then a senior was incredibly rewarding said Leeds coach Erin Wright.

“We’re losing a stud,” Wright said. “Her adaptability made her such a good player. She brought so much to the table this year … her setting, her hands are so good and she buys into that so much, but her serve this year was a real game-changer for us this year. She worked really hard over the last year to step up her game with that.”

As team captain, McLaughlin kept her teammates centered during a tough season that saw them make the regional playoffs in Huntsville, going 18-11 overall and 5-0 in area play.

Emma Grace Payne, a junior outside hitter, is probably McLaughlin’s closest friend on the Green Wave squad. The two played beach volleyball together during the summer prior to McLaughlin’s senior season, and that made their bond even stronger.

“We played beach volleyball over the summer, before school ball, and that helped so much with school ball,” Payne said. “We faced so much adversity throughout the season, and that made us grow as a team.”

The hard part, of course, is that McLaughlin leaves the Green Wave now to face new challenges in Andalusia. As she spoke about not wearing the Leeds uniform again, McLaughlin began to get emotional as the enormity of the fact that she’s in the last half of her senior year began to sink in.