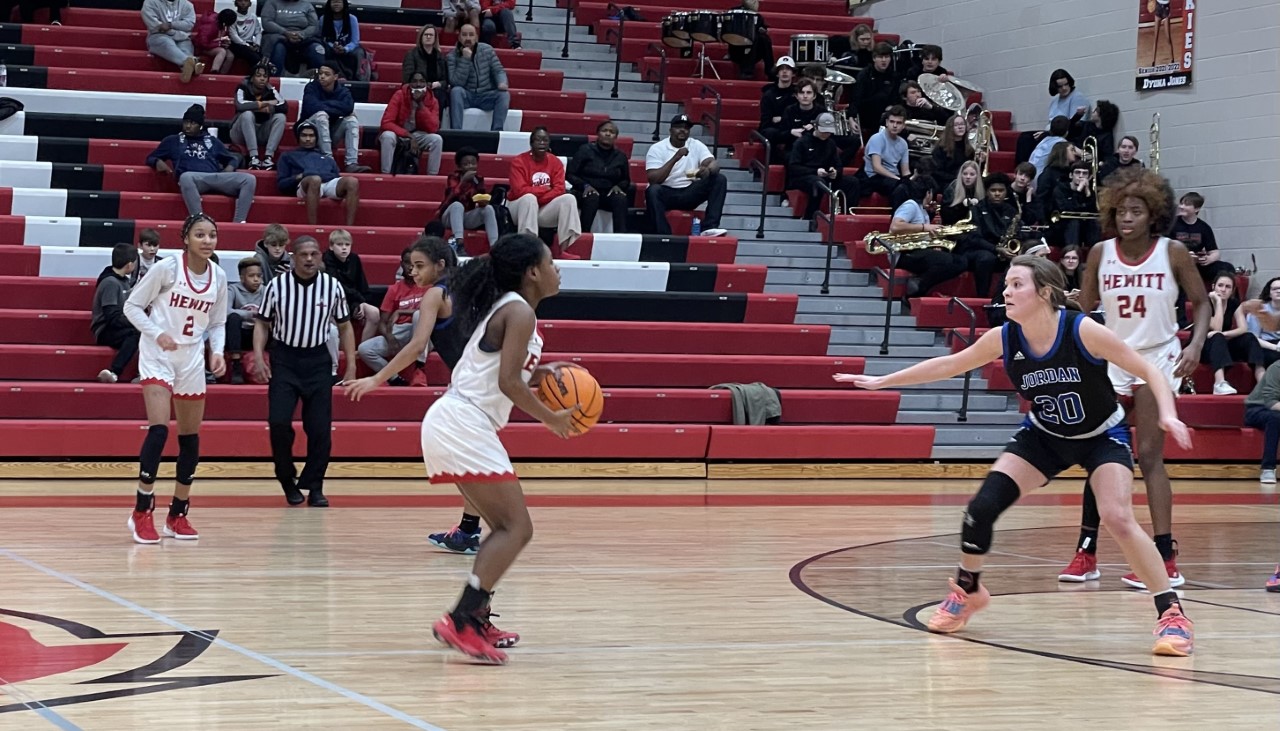 Hewitt-Trussville takes down 6A No. 2 Mortimer Jordan

TRUSSVILLE — By the end, Hewitt-Trussville pulled away for a convincing 51-38 victory over Mortimer Jordan. 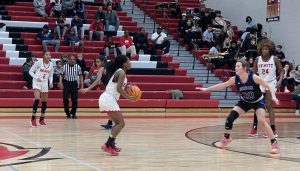 But it wasn’t easy. The Huskies were in a battle right from the start, as Bellah Machen hit a three-pointer to stake Mortimer Jordan to an early lead in Bryant Bank Arena. The Blue Devils ran out to a 5-1 advantage before Hewitt-Trussville really got started.

The early deficit didn’t seem to bother the Huskies, as Chrischandria James nabbed two of her six offensive rebounds of the night in the first quarter, adding two steals and an assist the opening period to help settle Hewitt-Trussville.

“Our whole schedule is a battle schedule,” Huskies head coach Tonya Hunter said after the game. “Mortimer Jordan is the No. 2 team in 6A, and the way they play — the way they drive, kick the ball out and shoot the three — we have to play against people like that. Our schedule has some really quality teams on there, and we’ve got quality wins against that schedule..”

The Huskies moved ahead 11-6 as the first quarter ended.

But there’s a reason Mortimer Jordan is ranked No. 2 in 6A. The Blue Devils battled back behind Machen, rallying to a 20-20 tie at halftime.

Hewitt-Trussville’s depth and height came into play during the second half, however, as the Huskies began to clamp down defensively. By then end of the third, Hewitt led 35-29, and then Audre Benson stepped up.

Benson was responsible for a five-point burst when she hit a long jumper to get things started in the fourth, and then found her range on a three-ball that pushed the score to 40-29. The tide had turned, and Mortimer Jordan couldn’t get momentum back.

“We’ve been focusing on the last couple of games defending,” Hunter said. “Tonight we saw a big difference because of it, but we’ve still got a long, long way to go. We got this win tonight on our home floor, and I think that’s the best defense we’ve played on our home court.”

Jaylen Pleasant scored on a drive in the paint to cut the lead to 44-37 about halfway through the final period, but that’s as close as the Blue Devils could make it.

For the Huskies, D’yona Jones had 14, while Jordan Hunter added 12 and Benson chipped in 11.

Machen, who will play college basketball for The University of Alabama-Huntsville, led all scorers with 16, while Mortimer Jordan’s Haley Russell scored 9. Sarah Kannaday and Pleasant had four points apiece.