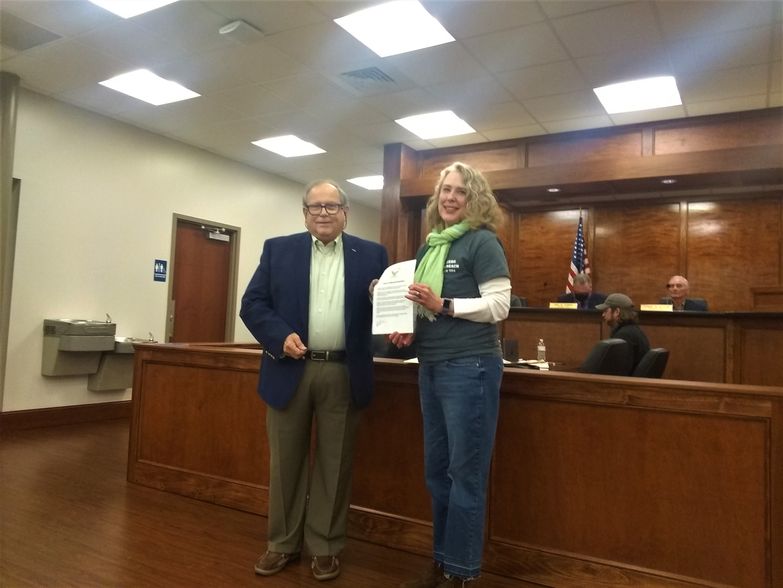 Leeds Outreach director honored by council, litigation filed against city over Moton board

LEEDS – Beverly Riddlesperger was honored at a regular meeting of the Leeds City Council on Monday, February 7, for her contributions to the community as director of Leeds Outreach, which distributes food to those in need. 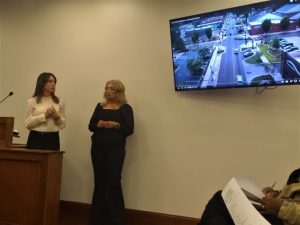 “This group does an enormous amount of good in this city; have for years,” Mayor David Miller said. “And we’ve had people who have been nominally in charge before, but nobody’s done a better job than Beverly Riddlesperger.”

Miller read the proclamation that recognized her and named February 7 Beverly Riddlesperger Day. The action was met with applause from those in attendance.

Afterward, in these comments, Miller spoke on the issue of an unpaved road that a resident brought up at the previous meeting. At that meeting, she said her mother passed away while waiting for an ambulance that was reportedly delayed because of the road.

Miller said that the matter was investigated, and it was determined that the section of the road is not an open city street and that the city does not have a responsibility to pave it. The cost of paving was estimated at around $95,000. Miller also spoke on the estimate of paving Willow Street Cemetery, which would be $17,000.

During new business, another chapter in the city’s ongoing conflict with the Moton Educational Foundation over forming a citizen board was opened as it was announced that the foundation filed litigation.

The council was originally scheduled to discuss the nominees of the citizen board from the public at the meeting, but it was tabled after Miller said litigation had been filed.

In previous months the council has discussed forming the board after it was discovered that most of the current board members of the Moton Community Center were not citizens of Leeds. The stipulations required that the board be made up entirely of Leeds citizens when the property was turned over to the foundation in 2012.

The center’s enter Director Gloria Haynes was present at the meeting and spoke to the Trussville Tribune about the litigation, saying they have filed an injunction.

“The foundation has filed an injunction against the city of Leeds for interfering in our business,” Haynes said. “And so we will be heard by the circuit court, and this will get it all out in the open as to who is right and who is wrong and who has the authority to do what they claim they have the authority to.”

In her comments, Haynes said that the foundation does not want to fight the city and is willing to talk. Miller commented, outlining the stipulations for the board.

“We were trying to determine the legitimate membership of the board and the articles of incorporation called for elected officials,” Miller said. “And as far as we know, there’s been no one elected in regard to the people who are presently saying they are on the board. And so we asked for inputs from citizens on who would like to be on the board. There’s nobody at present on the board that lives in the city of Leeds.”

Before the regular business was concluded, the council heard from two Leeds residents, Tiffany Ableward and Kristie Bittle, who made a presentation for Main Street Alabama. Though they are not employees of the organization, they proposed that Leeds get involved with its revitalization projects.

They played a video promoting Main Street’s services, which said it operates on the “four-point approach”: organization, promotion, design, and economic vitality. These services are restricted to downtown areas only, the pair said. They requested that citizens sign a letter of intent, and the leadership will be sent to Main Street to apply. 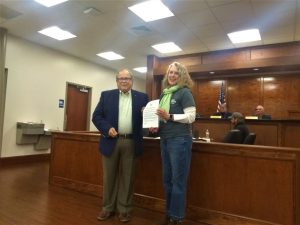 In other business, the council voted to table another matter, which was a resolution to amend the budget to fund additional personnel, salaries, and benefits at the Leeds Jane Culbreth Library. The resolution states that certain employee positions at the library have not been funded because of budget constraints and requested funds not to exceed $206,000.

Councilman Kenneth Washington requested that the matter be tabled as he had read parts but not the entire request and asked that it be delayed until the next meeting on February 22.

The council then passed a resolution that approved a budget amendment at the request of Leeds Police Chief Paul Irwin to purchase ballistic shields to be used by officers during special operations at a cost not to exceed $25,000. Irwin also requested funds to purchase take-home vehicles for officers not to exceed $480,000. Both requests under the resolution was approved unanimously.

Among the final actions was a resolution to approve a building permit checklist form. Miller stressed that this is not a change from policies regarding construction and building permits but rather a form that puts information on these into one place.