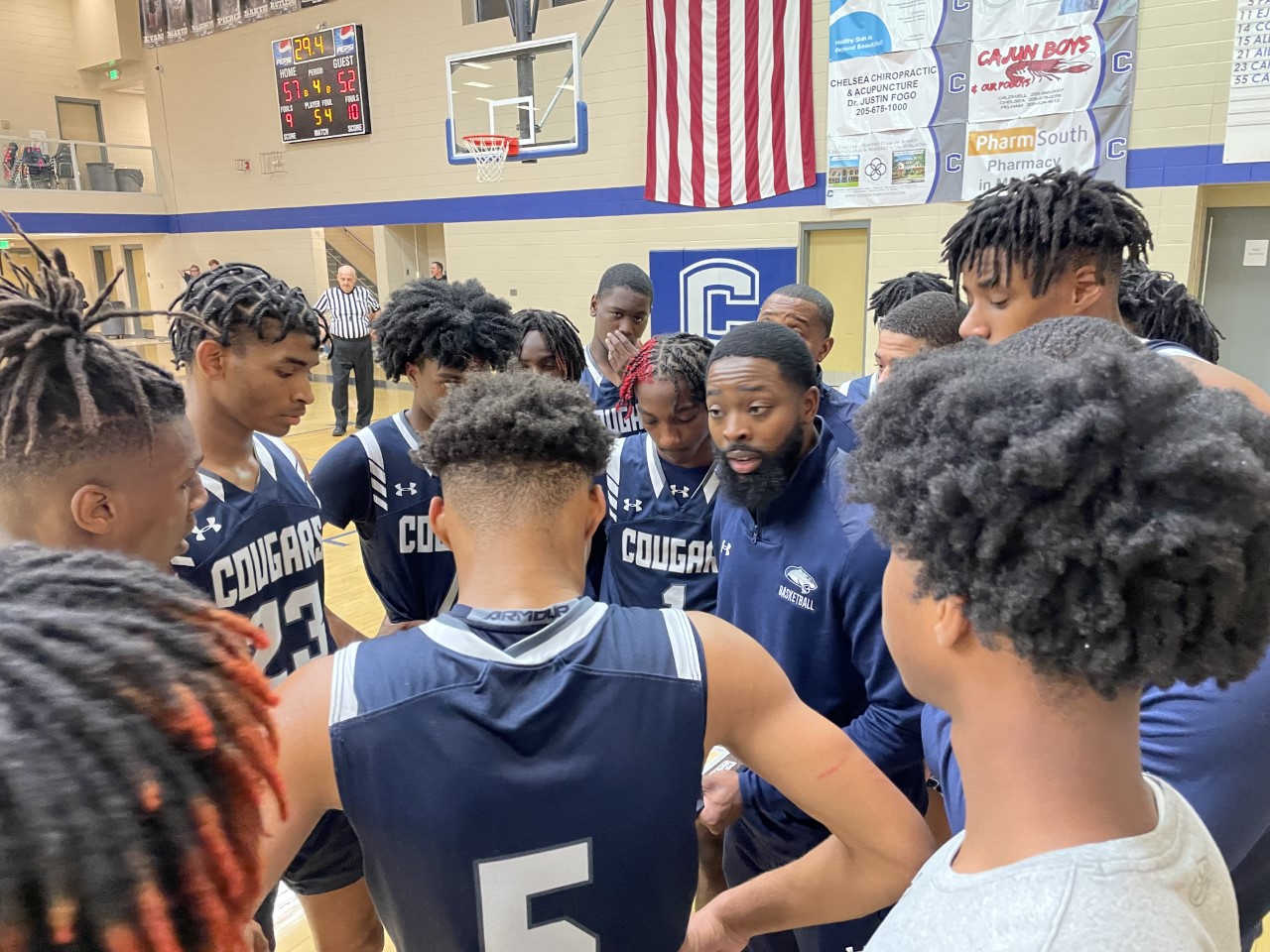 Clay-Chalkville coach Chris Richardson talks to his team during a timeout against Chelsea on December 10, 2021. (Photo by Bobby Mathews)

PINSON — Pinson Valley has been the measuring stick for 6A Area 12. The Indians, now 22-7 on the year, mowed down Clay-Chalkville twice already during the regular season. The teams rematch on Thursday, February 10 at 6 p.m. here for the area tournament championship. 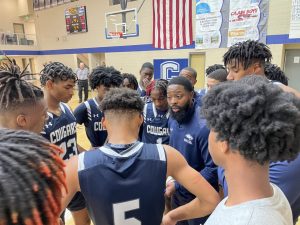 Clay-Chalkville coach Chris Richardson talks to his team during a timeout against Chelsea on December 10, 2021. (Photo by Bobby Mathews)

Pinson Valley whipped Gardendale 76-50 in the first round of the area tournament while Clay-Chalkville bounced Mortimer Jordan 52-31.

Clay-Chalkville has gone through growing pains this season as the team adjusts to expectations from first-year coach Chris Richardson. While the Cougars’ overall 10-20 record isn’t impressive, Clay-Chalkville finished second in the regular season in area play, and during the teams’ first meeting on January 7, came close to the upset, dropping the game by a final of 58-49

It was a much closer game than the final score indicated for most of the contest. The Indians and Cougars exchanged the lead no fewer than seven times in the third quarter before Pinson Valley finally went on a run and got to 41-33 early in the fourth quarter. But Clay-Chalkville kept clawing their way back into the game, like a four-point play from shooting guard Jaylen Hudson in the fourth quarter. Hudson was fouled to the floor as he drilled a three-point play, gathered himself, and then stripped the net with the foul shot.

“I have to give credit to Coach Barber,” first-year Clay-Chalkville head coach Chris Richardson said following the loss. “He does a good job with his guards. In a close game like that, they were more under control than us. Nothing really changed from the first half to the second half, but it was his guards who took care of the ball and made the big plays down the stretch. We just came up short.”

The second meeting between the two teams wasn’t nearly as close, with Pinson Valley outstripping the Cougars by a 74-41 margin.