LATEST NEWS
Home Sports Springville looks to make it 3-0 vs. Oxford for 6A Area 13 title 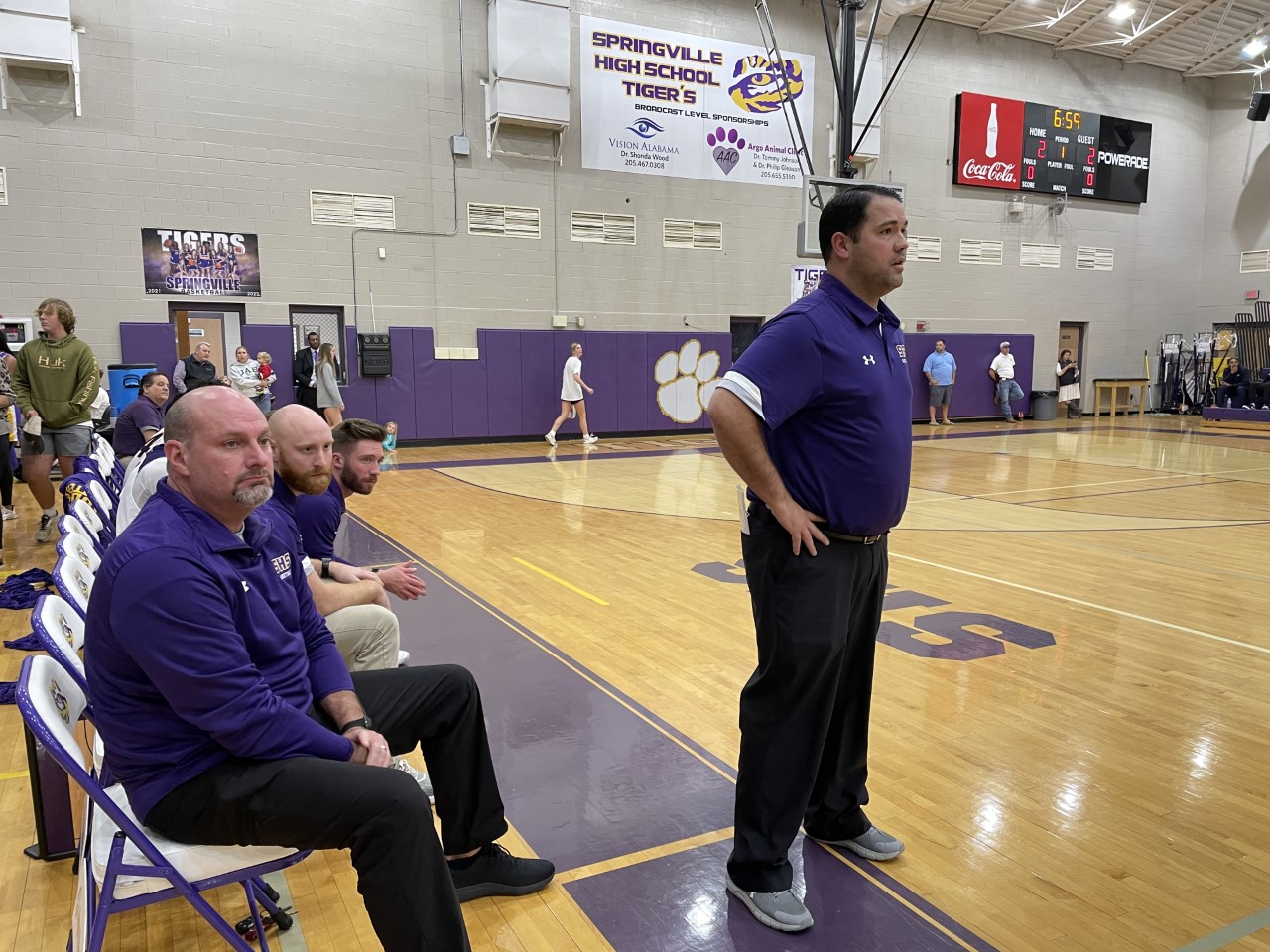 Jeremy Monceaux coaches from the sideline. Monceaux was named the St. Clair County basketball Coach of the Year for 2021-2022. (File photo)

Springville looks to make it 3-0 vs. Oxford for 6A Area 13 title

SPRINGVILLE — No matter which way you slice it, Springville’s had a great first season under first-year head coach Jeremy Monceaux. They’ll play for an area championship here on Friday, February 11 at 7 p.m. 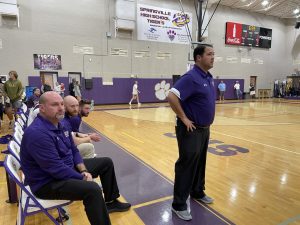 Springville head coach Jeremy Monceaux directs his team from the sideline during the Tigers’ Tuesday night victory over Moody. (Photo by Bobby Mathews)

After whipping Southside 58-38 in the first round of the 6A Area 13 title tournament, the Tigers now find themselves facing a familiar foe: The Oxford Yellowjackets. Oxford whipped Pell City 57-37 to reach the finals of the tournament.

The Tigers have bested the Jackets twice this season, but it hasn’t been easy either time. Springville won a nailbiter, 42-41 in Oxford on December 3, and then won by another slim margin, 41-39, on January 11 at home.

While Oxford has so far been unable to overcome Springville, the Yellowjackets have given themselves hope by defeating Pell City in the first round, a team that — inexplicably — beat the Tigers in a game where everything that could go wrong for Springville did, in fact go wrong.

Springville whipped Pell City handily in their first meeting on December 22, winning 58-35. But Pell City won the rematch on January 14, 43-38.