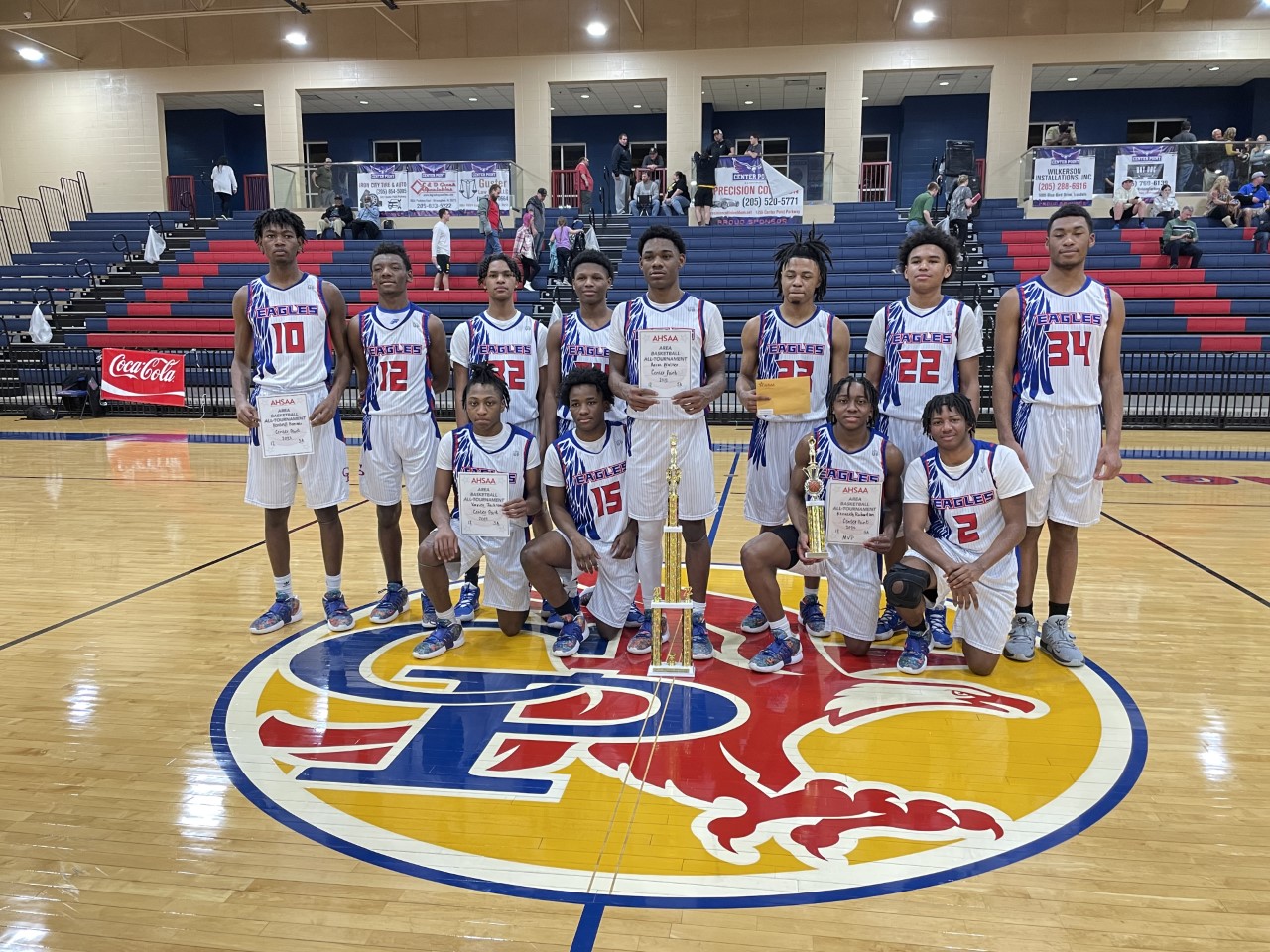 Center Point blew out Corner by 20 points to claim the 5A Area 12 championship on Friday, February 11, 2022. (Photo by Bobby Mathews)

CENTER POINT — This wasn’t a game. It was a coronation. 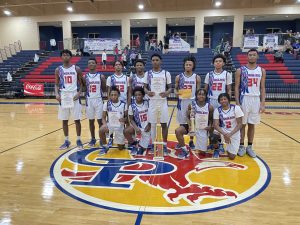 Center Point blew out Corner by 20 points to claim the 5A Area 12 championship on Friday, February 11, 2022. (Photo by Bobby Mathews)

The Center Point Eagles flew past Corner here on Friday, February 11, posting a 20-point victory to claim the 5A Area 12 crown and the right to host Fairfield in Tuesday night’s sub-regional playoff game.

After a back-and-forth first quarter that saw the Eagles go up 11-10 at the buzzer, Center Point slowly began to pull away. By halftime, the lead was 25-14. With more than half of the third period remaining, the Eagles went up 38-18 and cruised from there.

“We finally started executing the game plan,” said Center Point head coach Rodney Chatman. “You know, we have a game plan, and the game plan was to defend. Corner runs a lot of motion-exchange, cut screens, ball screens, and everybody on that team knows what they’re doing. They’ve got a smart group of kids. We had to play good, honest defense. I adjusted my matchups to put certain people on other people, and I think that helped..”

Aaron Walker Jr. led all scorers with 17 points, while tournament MVP Kenneth Richardson had 11, including a pair of three-pointers that changed the momentum of the game in favor of the Eagles. Xavier Jackson and Mario Clark also each had 11 points, meaning that four of the Center Point starting five scored in double digits.

For Corner, the Yellow Jackets began to stumble when Carter Light picked up a pair of fouls in the first half and had to sit for much of the game. Corner’s senior shooting guard Ty Tavel tried to keep things close, scoring six times in the paint for 12 points, but it wasn’t enough.

“Coach was telling me to be patient and read the defense,” Walker said after the win. “Consequently, that’s what I did, and it worked.”

The Eagles have had much success in basketball, state runners up in 2019 and 2020. Those banners hang as a reminder to the Center Point squad that they have potential — and something to live up to.

“Mainly we focused on defense,” Richardson said. “Defense turns into offense, so we just locked into our defense, knew where our pieces were, and stayed focused throughout the whole game … I wasn’t on any of those teams (listed on the banners) but I’m trying to get one of my own.”

The Lady Eagles beat Hayden in a high-scoring affair on Thursday, February 10 to claim their own 5A Area 12 title.

Tanita Swift was the star of the game, scoring 40 points along with three rebounds, four assists and five steals. Brijourne Williams added 14 points and four rebounds.

Center Point will host Wenonah on Monday, February 13 at 6 p.m. in a sub-regional playoff game.