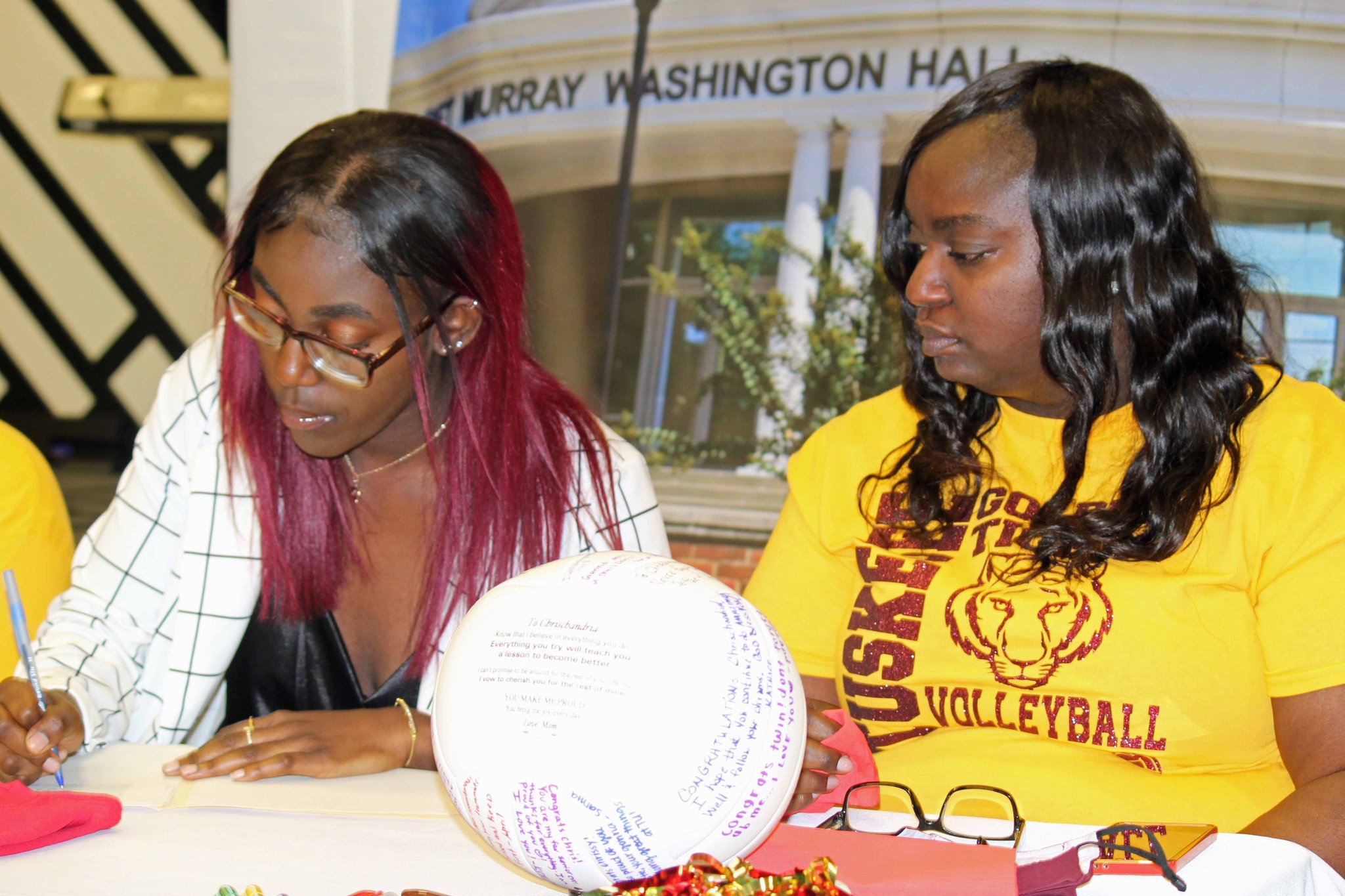 TRUSSVILLE — Huskies senior Chrischandria James is a two-sport athlete, and therein lay part of the problem when choosing where to go to college. James, who has played middle hitter and outside hitter for Hewitt-Trussville’s volleyball program. 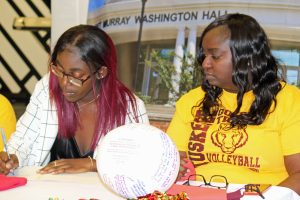 She’s a good enough athlete that many schools considering her for a scholarship offer wanted to know if she’d be interested in playing both sports at the collegiate level.

But no. Volleyball is James’s first love, and it’s what she wants to pursue in college. In the end, she chose to sign with Tuskegee University to further her education and her athletic career.

“I felt like it was more of a home environment for me, and I want to make their program better,” James said. “Hopefully I’ll be a versatile player over there, just like I am here. I hope to play all the way around.”

“I want to learn more about my culture because I’ve been around predominantly white (organizations) so I want to dig into that,” she said.

James is an imposing, serious figure on the court, playing each sport with diligent focus. On a mostly young Hewitt-Trussville volleyball team, James’ athleticism and the way she carried herself on and off the court stood out.

“My leadership style is not very vocal,” James said. “But most of my teammates follow my example. That’s what I want for them as a team to do.”

James plans to major in education and hopes to teach third grade after college. She hopes to leave her students with the same lasting good memories that she has from that time of her life.

“I love kids, and I remember when I was in elementary school, third grade was my favorite year,” she said.