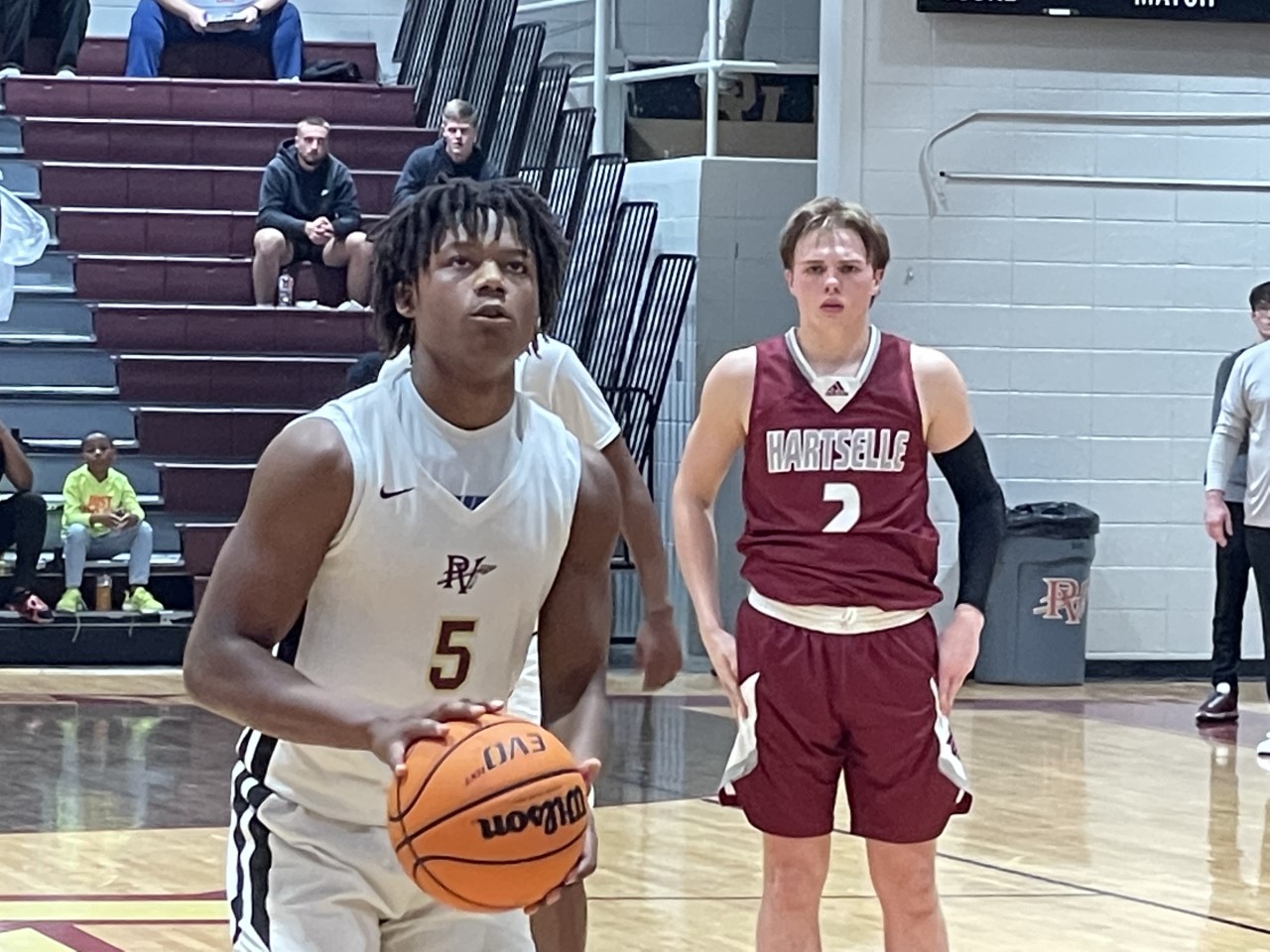 PINSON — There weren’t any punches thrown, but Tuesday night’s contest between Pinson Valley and Hartselle showcased a physical style of play as both teams tried to find an edge. 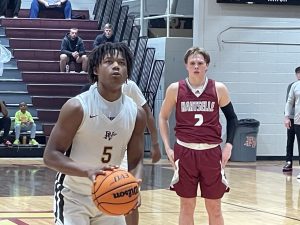 The Indians, held scoreless for the first three minutes of the game, found that edge with sharp 3-point shooting and physical toughness on defense, gutting out a 66-57 victory here to move into the Sweet Sixteen in the AHSAA 6A playoffs.

Caleb White stepped up to drill a trey from NBA range to get the scoring started for Pinson Valley after the Indians fell behind 4-0 in the early going, having a little trouble against a defense they don’t see that often. But then Raymon McCants buried another three from the baseline to give Pinson its first lead of the game.

Pinson Valley hit 12 3-pointers during the game. White led all scorers with 25 points, while Isaiah Sims and Terry Coner Jr. both scored 13.

It was a back-and-forth affair throughout the first quarter, with five lead changes. The Indians took control at the end of the period and led 15-13.

“We played them last year, and we don’t work on the 1-3-1 defense every day,” said Pinson Valley coach Darrell Barber. “We put in a couple of sets to combat that, but we started out a little slow. But we talk about getting it done on the defensive end, and once we start hitting shots and defending, we’re hard to beat.”

The Indians found a little more edge in the second period, limiting the Tigers to 7 points in the period and taking a 25-20 lead into the locker room at the break.

The third period, though, was where Pinson Valley began to pull away, switching to a full-court press to cause multiple turnovers that led directly to scoring opportunities.

“I just go into every game thinking it’s going to be a dogfight,” Sims said. “When you have that mentality, you just go in there and play for your brothers, play for the man beside you.”

That theme of playing for each other was evident on the Indians’ uniforms, as the players’ jerseys each read “PV > Me” … “Pinson Valley is greater than me.”

Down by double digits late, Hartselle began to foul, shuttling its reserves four at a time into the game to make the foul and then bringing the starters back onto the court in order to try to crawl back in the game.

It was successful to a point, but only to a point. At one point during the final minute, Coner took a long pass, avoiding a defender diving toward his legs, and tossed in an easy layup. It was the play that broke the Tigers, and Pinson claimed the victory.

The Indians move on to face the winner of Scottsboro vs. Columbia.