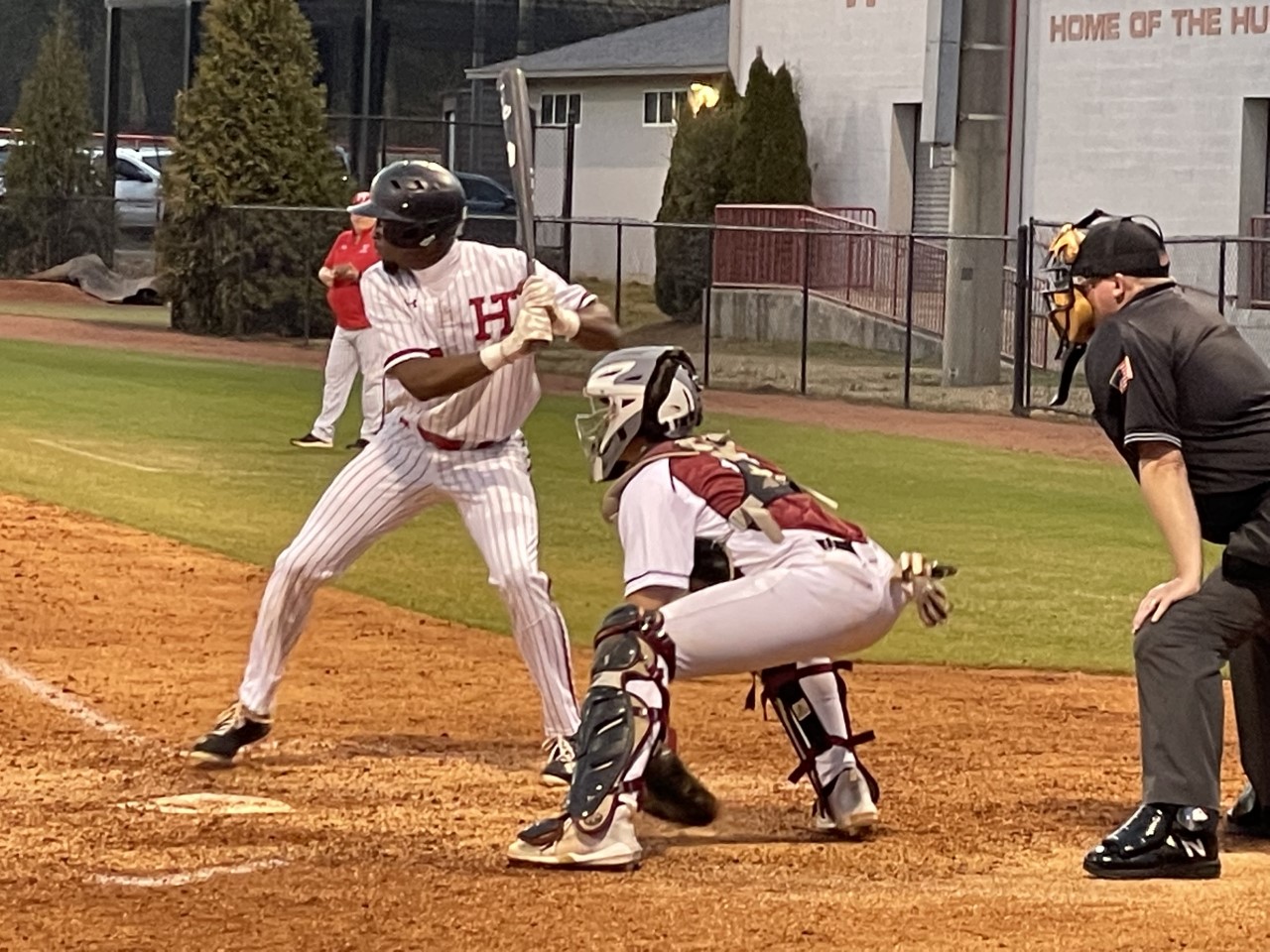 Hewitt-Trussville's Omari Kelly at bat against Southside-Gadsden during the Huskies' 13-3 victory on Tuesday, February 22, 2022. (Photo by Bobby Mathews)

TRUSSVILLE — In his last at-bat, Hewitt-Trussville’s Matt Miller doubled, scoring Omari Kelly to stop Southside-Gadsden by the 10-run rule in the bottom of the sixth inning, 13-3. 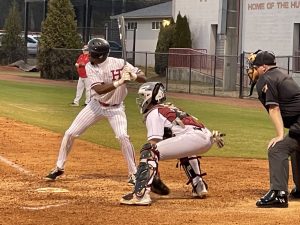 Hewitt-Trussville’s Omari Kelly at bat against Southside-Gadsden during the Huskies’ 13-3 victory on Tuesday, February 22, 2022. (Photo by Bobby Mathews)

Miller went 3-for-4 at the plate with two doubles and an opposite field homer that came during an eight-run explosion in the bottom of the fourth after the Huskies trailed 1-0. He finished the night with four RBIs.

“The ball was like a beach ball out there tonight,” Miller said after the game. “When our bats are hot, you see what we can do. I think as our pitching comes along, we’ll be fine.”

It was a strong outing all around for the Huskies, who are now 3-0 on the season. Freshman pitcher Jacob Francis got the win, striking out seven.

“We threw a freshman pitcher, first-ever start,” Hewitt-Trussville head coach Jeff Mauldin said. “You don’t ever known what you’re going to get out of them. It was our first home game of the season. I thought he threw outstanding. Exceeded my expectations. We’ve seen him throw scrimmages against our lineup and have a lot of success, and get hit a little bit, and he keeps battling. I thought what he did tonight … when he keeps them to zeroes and then limit them to one run, keeps the game in balance, and then we score some runs.”

Ethan Duhon contributed two hits and three RBIs, while Jack Ollis had two hits, including one for a triple, as well as one RBI. Kurt Kizer added a pair of hits, and Brett Moseley added a triple and an RBI as well.