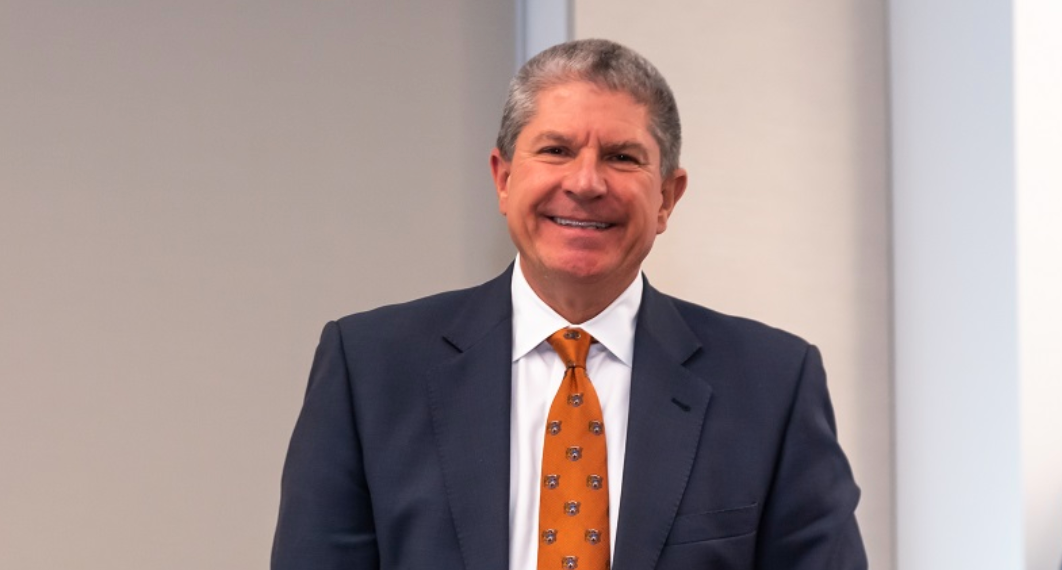 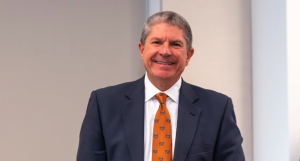 Smith, known for his strong business, leadership, and governance experience, assumes the at-large seat previously held by Charles D. McCrary. Smith will serve for a term of seven years, which began February 16.

“Zeke represents the best that Auburn has to offer,” president pro tempore of the Auburn University Board of Trustees, Bob Dumas, said. “He was nominated by the Trustee Selection Committee for his impressive credentials and ongoing dedication to Auburn University and its students.”

With more than 35 years of service at Alabama Power, Smith was promoted through the ranks and, since 2010, has served as the company’s executive vice president of External Affairs. In that role, he is responsible for governmental relations, corporate affairs, regulatory affairs, environmental affairs, public relations, and charitable giving. In addition, he is the chairman of the Alabama Power Foundation’s Board of Directors.

“Auburn University is one of our state’s greatest assets,” Smith said. “It has meant a great deal to me and my entire family for decades. Over the years, I have been fortunate to serve in several roles at Auburn, and now to serve as a member of the board of trustees is the honor of a lifetime. Whether it is student life, academics, athletics, fan experience, or financial stability, Auburn is second to none. My wife, Darlene, and I love Auburn and look forward to doing our part to help our university grow and be successful in the years to come.”

Smith has long-standing ties to his hometown of Trussville, where he and his family have lived most of his life. He joined a family legacy of Hewitt-Trussville High School graduates when he graduated in 1978, a list that includes most of his immediate family, along with aunts, uncles, and cousins. Darlene and several members of her family also are Hewitt-Trussville graduates.

After graduation, Smith attended Auburn, graduating in 1982 with an industrial engineering degree. Smith then earned a Master of Business Administration from Samford University.

He and Darlene raised their three children, Drew, Heather, and Lindsey, in Trussville, and all three graduated from Auburn University. In addition, his children, their spouses, and all five grandchildren live in Trussville, as do several members of his extended family.

“By raising our family in Trussville, Darlene and I were surrounded by a loving and service-minded community that helped instill strong values in our children,” Smith said. “It’s rewarding now to see our children deciding to raise our grandchildren in the same community.”

Through the years, Smith has been devoted to the community by serving on the boards of the Trussville City Schools Foundation and the Hewitt-Trussville Athletic Club and being involved in Trussville youth sports and First Baptist Church Trussville.

At Auburn, Smith serves on the McCrary Institute Advisory Council and the Auburn Alumni Engineering Council. Throughout his career, he has championed the Samuel Ginn College of Engineering, research and development, and the Engineering Academic Excellence Program.

In service to Alabama, Smith was appointed in 2020 by the governor as president of the Alabama Innovation Commission’s advisory council. He also was appointed to and served as chairman of the Alabama Workforce Council. Additionally, he was appointed to the Tornado Recovery Action Council of Alabama and the College and Career Ready Task Force. In 2017, he received the Business Education Alliance Impact Award for his commitment to education and workforce development throughout Alabama.

Smith serves on the Samford University Board of Trustees, the boards of directors of the Business Council of Alabama, the Birmingham Business Alliance, the Alabama Sports Hall of Fame, and the Bryant-Jordan Foundation and is a member of the Birmingham Bowl Executive Committee. He currently serves as the chairman of the Jefferson State Community College capital campaign. In past years he has served as Alabama Power’s chairman and executive sponsor of various campaigns, including United Way, the American Heart Association, and the Boy Scouts of America.

In 2019, Smith was inducted into the State of Alabama Engineering Hall of Fame. He has been honored with Auburn University’s Outstanding Alumni for Industrial and Systems Engineering and most recently received the Distinguished Auburn Engineer Award.

As the newest member of the Auburn Board of Trustees, Smith joins fellow Trussville resident Quentin Riggins who also serves on the Auburn board.