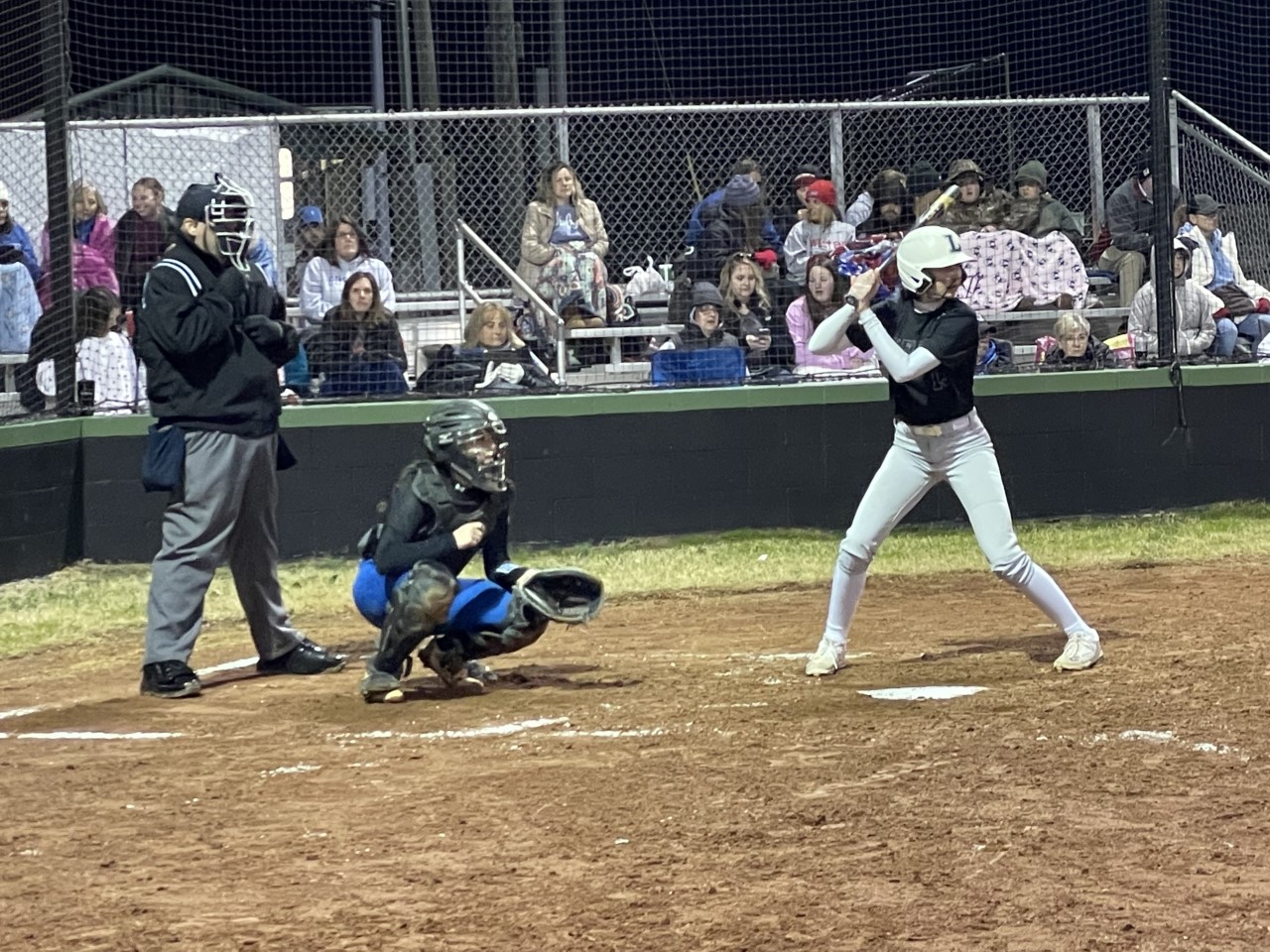 Zoie Galloway at the plate. (File photo by Bobby Mathews)

LEEDS — Despite strong pitching from senior hurler Emma Machen, Leeds couldn’t muster any offense in the Green Wave’s first game of the Greenwave Classic, falling 3-0 to Chelsea here on Friday, February 25 in temperatures that dropped into the 30s as the game progressed. 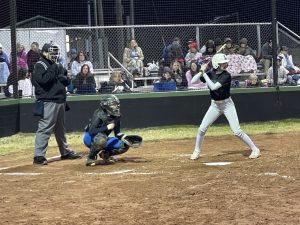 Zoie Galloway steps into the box for Leeds as the Green Wave faced Chelsea on Friday, February 25, 2022. (Photo by Bobby Mathews)

Chelsea’s Olivia Trout took a shot to deep center for a two-run homer in the top of the fourth inning to put the final points on the board. Chelsea allowed one hit over the course of the time-shortened game.

The Hornets’ Hardy Erwin pitched four innings and allowed one hit, striking out three and walking none.

“Our pitch selection was fine. Their pitcher was spinning the ball a little bit, but it’s nothing we haven’t seen at practice,” Leeds head coach Erin Wright said. “Next game, I expect us to make adjustments. This time of year we’re trying to get our kids to see some ground balls and hard-hit balls coming at us.”

A bright spot was the play of second baseman Tanner Galloway, who helped turn two double plays — one in the second inning with a strong throw to Katelyn Howard at third base and then again in the third when she tagged a Chelsea runner and threw to Maddie Payne at first.

It’s case of continuing to improve for Galloway, who is an eighth grader in her first year as a varsity player.

“It made up for my play the other night,” Galloway said of her tag and throw to Payne. “I tried to do it then but we got called back for it, because apparently I just didn’t tag her. But it made me happy because I got to make up for that error.”

The Green Wave won their second game in pool play as Wright’s words were prophetic. The Leeds bats came alive for a 10-4 victory over West End. Leeds will play today at 4:30 p.m.