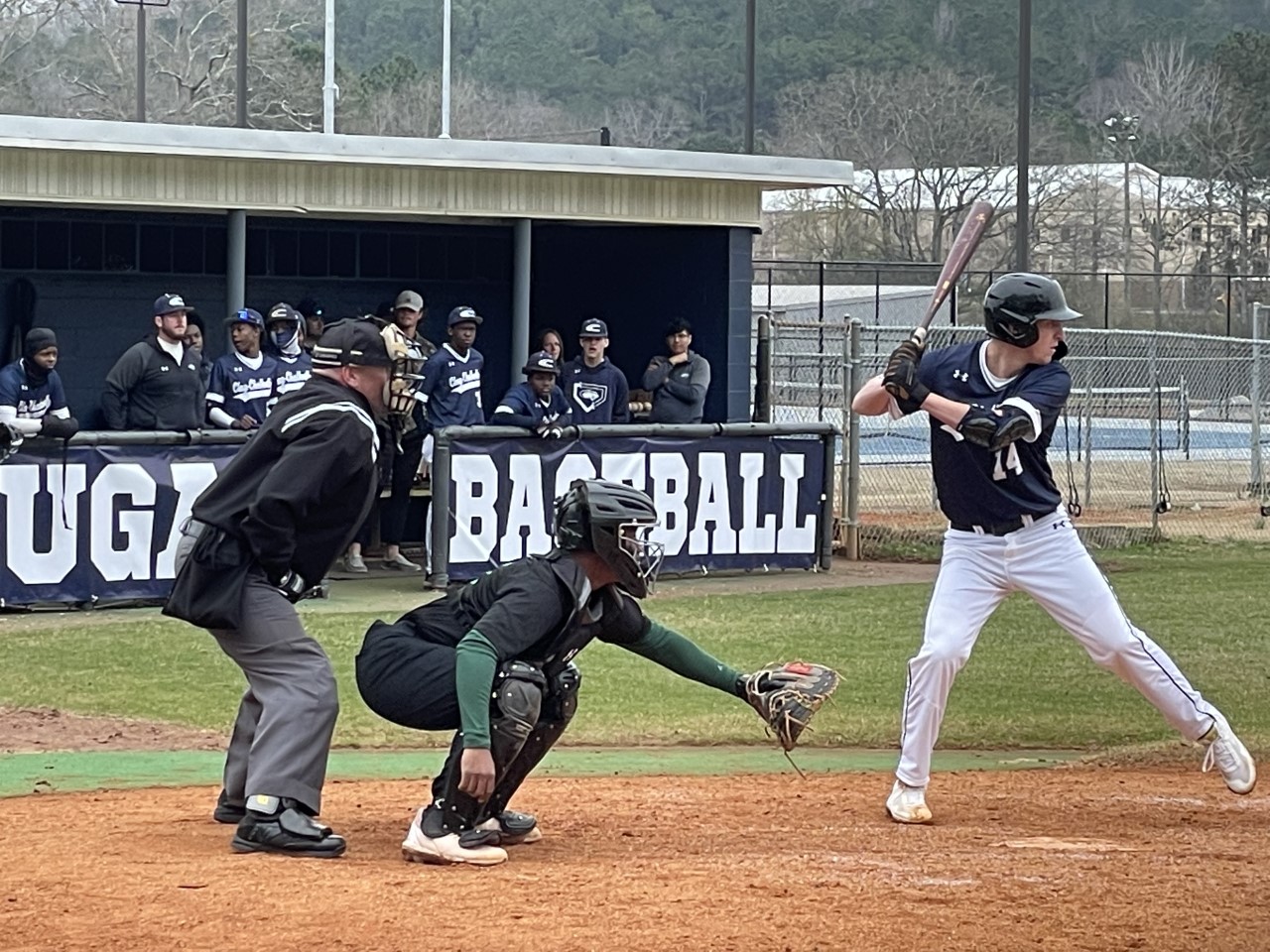 Clay-Chalkville had little trouble with Huffman on Saturday, February 26, 2022. (Photo by Bobby Mathews)

CLAY — Saturday morning’s game between Clay-Chalkville and Huffman was the blowout that almost wasn’t, as the Cougars burst out to a 19-0 lead, but held on to win 20-10 after five innings. 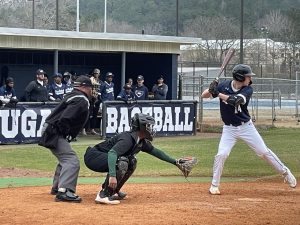 Clay-Chalkville had little trouble with Huffman on Saturday, February 26, 2022. (Photo by Bobby Mathews)

Star shortstop Javon Hunter threw two strong innings from the mound in relief, and an overmatched Huffman squad never put the ball in play against him, as he struck out the side in both innings that he pitched.

Once the Cougars were up big, Clay-Chalkville coach Landon Robinson put the subs. That’s when the Viking bats came alive, scoring 10 runs in the top of the fifth as the second unit for the Cougars had trouble fielding and throwing.

“We pulled our starters to try to get some of our young guys some game action and get them some reps to get them ready if they ever have to go in when it’s not 17-0 and it’s a big-game situation,” Robinson said. “We got some guys who are maybe not quite ready yet. That could be on me, not getting them enough reps; it could be on them, maybe not taking the reps they get in practice seriously. But a situation like this can be eye-opening for some guys.”

For his part, Hunter re-entered the game at shortstop after his stint on the mound, offering a stabilizing influence to the Cougars. He batted in the bottom of the fifth and came around to score the 20th run of the game.

“I feel we’ve got to be more disciplined throughout the game,” Hunter said. “We’ve got to finish games, cut down on the errors.”