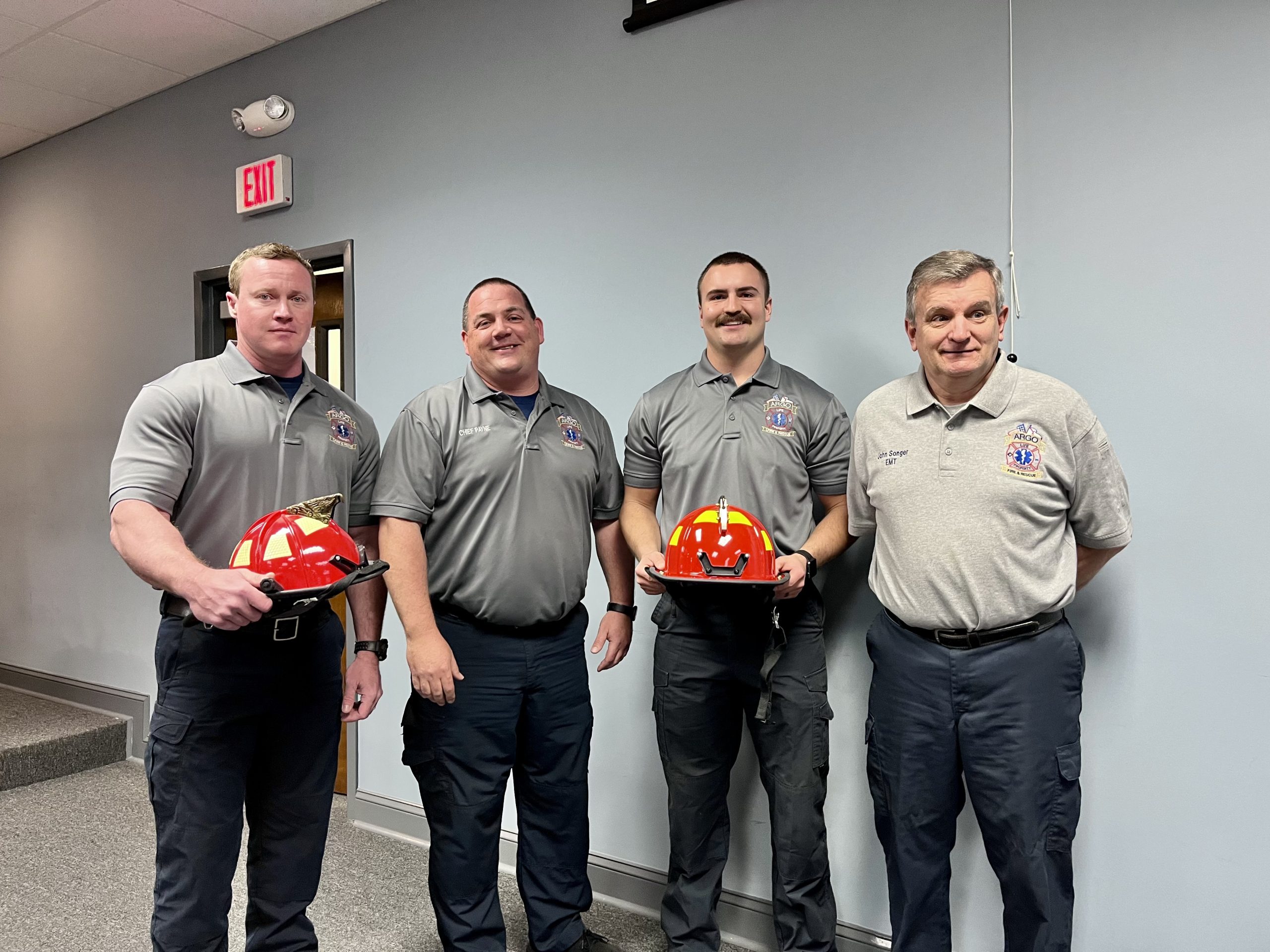 ARGO – Two Argo firefighters were promoted to Lieutenant on Monday, Feb. 28, during the regularly scheduled Argo City Council meeting. Brent Rejonis and Hunter Songer were each presented with a red fire helmet to signify their promotion. 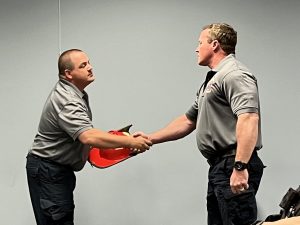 Argo Fire Chief Scott Payne said there was a selection process that included eligible candidates being interviewed by three outside sources who gave recommendations based on a point-based system.

Payne presented Lt. Rejonis with his red helmet, and Lt. Songer’s red helmet was presented by his father, John Songer, who also serves with the Argo Fire Department.

“It’s just a symbol of them getting promoted,” Payne said. “They go from a black helmet to a red helmet.” 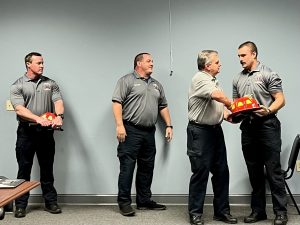 During the meeting, the city council received an audit report for the 2020-21 fiscal year from Joe Chapman, audit manager for Cork, Hill and Company.

“Our report for the year ended Sept. 30, 2021,” Chapman said. “It was clean and there was no issues that we identified in the course of our field work.”

“This amount is down from last year about $90,000,” he said. “That’s primarily due to an increase in general and operation expenditures, as well as a significant amount of capital assets that were added.”

According to the full accrual method, the city’s revenues exceeded expenditures by approximately $610,000.

The council also appointed its delegates for the upcoming Alabama League of Municipalities Convention, which will be held in Tuscaloosa from May 11-14. Councilor Danny McCarley was named voting delegate and Councilor Dusty Stinson was named alternate.

Mayor Betty Bradley announced that a zoning meeting will be held  on Tuesday, March 1. This meeting is open to the public and will begin at 6 p.m. at the municipal complex.

“This is the opportunity for the citizens to have some input into the zoning,” she said.

Councilor Ann Brown said that tentative plans have been made for the dedication and installation of the Book Nook that was donated to the city by the Rotary Club. The Book Nook is expected to be installed and dedicated on April 9 at the park by the municipal complex. A time for the event is still to be determined.

“This would be a good opportunity for us to invite our neighbors, especially neighbors with children, to come by for the dedication and to take home a free book,” Brown said.

The next meeting of the Argo City Council will be Wednesday, March 16, 2022, at the Argo Municipal Complex. A pre-council work session will be held at 5 p.m. and the regular meeting will follow.