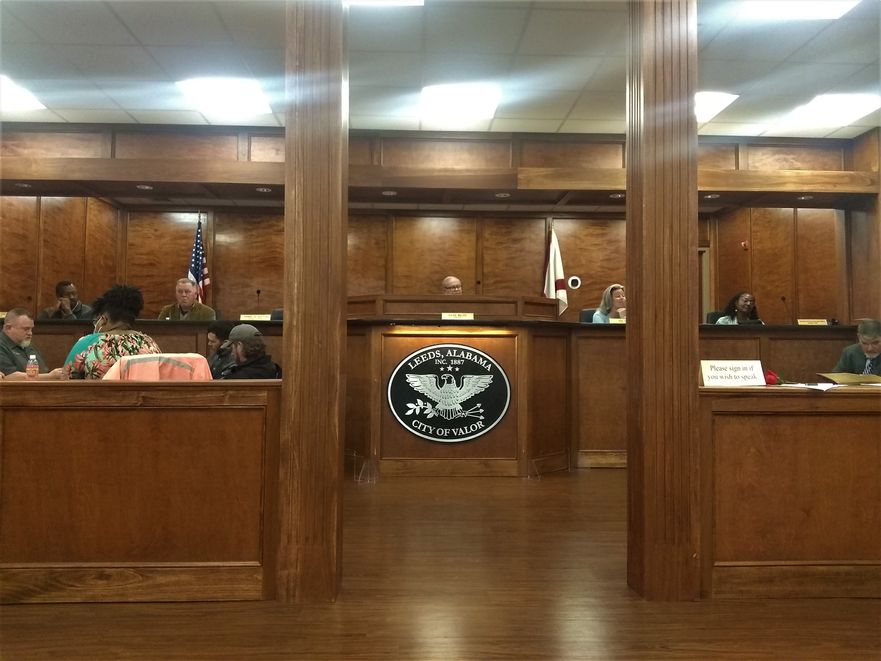 LEEDS – Monday night’s meeting on March 7 opened with remarks from two speakers, the first being Susan DuBose who is running for State House District 45. She is running against Rep. Dickie Drake and briefly discussed term limits as part of her platform, saying that no official should serve more than two terms in the State House. 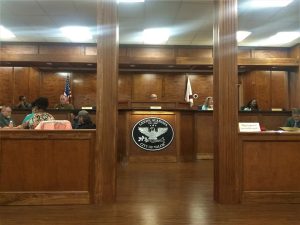 The second was Chandler Mordecai, Miss Leeds Area 2022. She will participate in the Miss Alabama competition with domestic violence as her platform.

After hearing reports from department heads, the council passed two resolutions on the agenda before Mayor David Miller made remarks addressing the fallout from the decision at the previous meeting as well as what he said were allegations against the city.

What followed was a lengthy discussion in which there was back and forth between the mayor and from people speaking during public comments who disagreed with his remarks.

Later in the public comments portion, two citizens complained of excessive noise coming from a property in which the owner is running a small autobody shop. In addition to the noise of work being done, a dog on the property was said to be barking excessively.

After some discussion Magistrate, Laura Roberts advised that they should contact the police department to deal with the noise.

Sometime later, resident Lawrence Hopfield addressed litigation over a building on Mountain View Lane that had been happening for two years but found that it had been apparently settled in Leeds city court by a prosecutor who dropped the charges of someone building what he said was a “non-permitted, non-licensed” basketball court.

He said that he had heard that the judge dismissed the case. Miller replied that he was not aware of this happening. City attorney Scott Barnett, Development Services Director Brad Watson, and Roberts said that there was more than one issue in the case, namely zoning and with the contractor, which was dismissed at the municipal court.

Watson added that the Board of Zoning Adjustments has the option of filing a civil charge after turning down a variance request from the owner but has not decided yet.

Joanne Boyd then spoke, voicing her concerns about the zoning policies. She said that she used to serve on the variance board and that if a variance request is rejected, the one who made the request has the right to appeal it in circuit court and not in the city court.

“I don’t know how this ended up in the city court,” she said, adding that she doesn’t know how the city attorney settles those cases and that she has been to meetings with him, but citizens who are around that area are not given the opportunity to speak.

“I don’t think that enforcing zoning laws should be in city court,” she said. “And our city attorney shouldn’t have the authority to compromise.”

“The civil court does not come to us,” she told Miller. “It’s not brought to us to enforce whatever. What is brought to us is the criminal aspect that he [the property owner] that he violated – he broke an ordinance. That’s the only thing that came before Leeds.”

She added that the punishment would be a fine or work with Watson to rectify any problems with the property. Boyd replied that if the building is not in compliance with codes, it needs to be torn down.

Barnett agreed with Roberts’ comments and said that the information presented by Boyd was “inaccurate.”

Boyd reiterated that if the building is not up to code, then it should be torn down. Barnett said that the court had done all they could, but an option remains to potentially revoke the business license of the property owner.

“The civil route is still open,” he said. “Has been all along it’s just taking a long time to deal with.”

Boyd then told the council that the city needed to take action to enforce the ordinances. The building’s safety was questioned, potentially making it a nuisance to the public. After some further discussion, Miller said that the city would look into it.