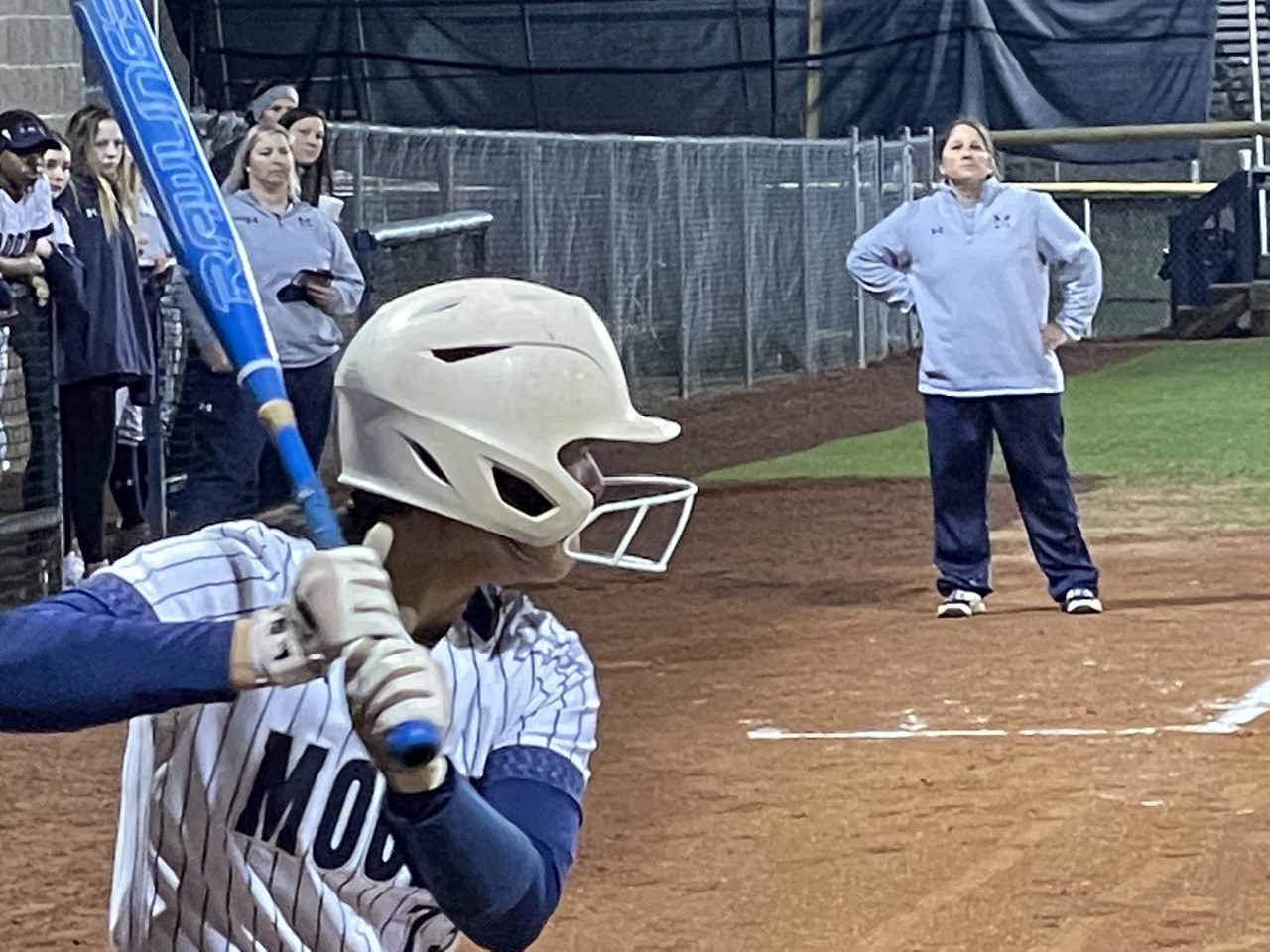 MOODY — The Blue Devils exploded for nine runs in the third inning and then added four more in the fourth to run-rule visiting Pinson Valley on Senior Night, 18-3. 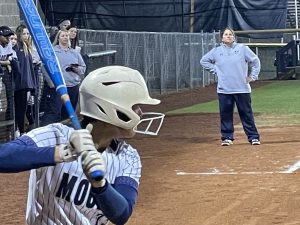 Up until that third inning, it had been a fairly close game, with Moody taking an early 2-1 lead in the bottom of the first and pulling ahead 5-1 after the second. In the bottom of the third, Pinson Valley senior pitcher Madison Newsom faced 11 batters, culminating in Libby Higgins’ two-run bomb to make it 14-3.

“I feel like they had a lot of confidence at the plate tonight,” said Moody head coach Becky Seymour. “It was a great atmosphere, a packed house. We always have great community support, and it was even moreso tonight. They just played Moody softball.”

The Blue Devils’ senior pitcher Hollie Graham got the win, throwing all four innings and striking out five of the first 13 batters she faced. Fellow seniors Maddie Barfield and Riley Mitchell got things started for the Blue Devils when Barfield singled to start the game and Mitchell walked immediately afterward. The pair came around to score on a Faith Myers double in the bottom of the first to put two runs on the board.

Pinson Valley was able to take advantage of a sometimes shaky defense behind Graham, however, reaching base multiple times and scoring three runs.

“We made unforced errors, missed some balls that should have been outs,” said Pinson Valley head coach Charles Agee. “Our pitcher, Madison, pitched a good game. She put the ball in play, we just didn’t help her out. We made the errors, they get on base, they scored. From that point on we just got ourselves in trouble. And we didn’t hit the ball well to help her out. We’re looking at too many strikes, and we’ve got to improve on some of those things.”

Faith Myers doubled twice and also came around to score the final run to put the Blue Devils ahead by 15 runs to win it. Skylar Black also doubled, as did Lacey Nichols.