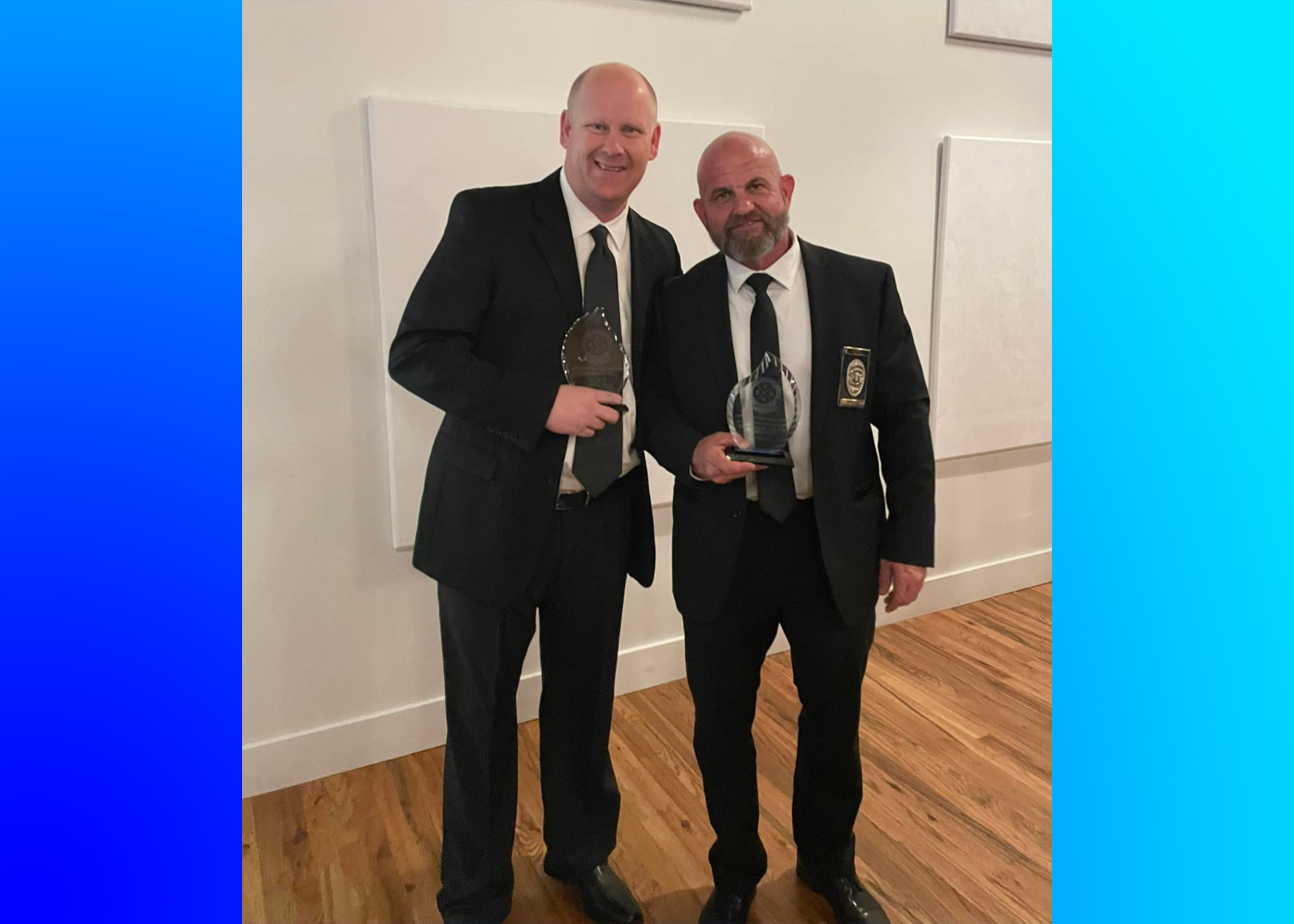 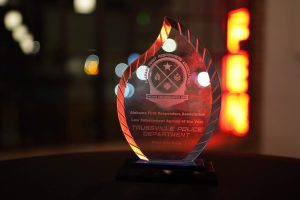 Police Chief Eric Rush said he did not know that the department was nominated for the award, and he is proud of this accomplishment.

“This department isn’t just about me or about any one person or group of people, it is about all of us working together towards the common goal of serving the citizens of Trussville,” Rush said. “We should all never lose sight of that fact.”

Rush thanked his department for making this department one of the best in the State. He explained that this award could help with the recruitment of new officers and help the image of the department and the city.

Trussville Firefighter Clint Sills received the First Responder Fire Fighter of the Year award, and he stated on a Facebook post that he was honored to be among so many amazing people. 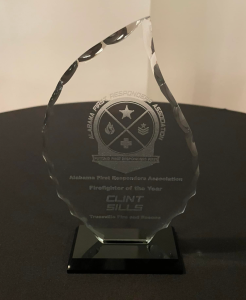 “I was honored to be in the room of so many incredible people,” Sills said. “People from police, constables, fire, military, and first responders. The food, speakers, and live entertainment were a blast. I was so honored to receive the First Responder Fire Fighter of the year award. I am thankful first to God my Savior and second my beautiful family. It was a night to remember.”

Hit country artist Dallas Walker performed during and after the event for the first responders.

In an online statement, Association Executive Director Angela McClure stated that this will be the first event of its kind in Alabama. “It’s time that we recognize and honor all of our First Responders who put their lives on the line every day.”

According to The Alabama First Responders Association website, the Alabama First Responders was formed in late 2019 by a group of Law Enforcement Officers and Firefighters. They share a common goal of working together to protect Alabama’s heroes and their jobs. There are over 15,000 Police, Sheriffs, Constables, Firefighters, and Paramedics serving the citizens of Alabama.

The alfirstresponders.org states that “Our heroes need support from citizens, businesses, and Elected Officials. We work for you. Putting First Responders First.”

“We are proud of our award winners this evening. These awards were well deserved and we look forward to presenting awards to outstanding first responders next year,” board member of the Alabama First Responders Association, Brett Trimble said. 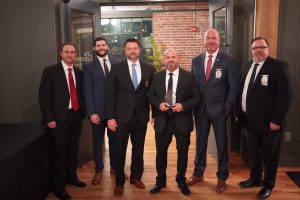 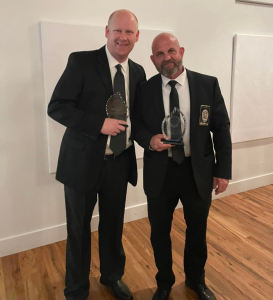