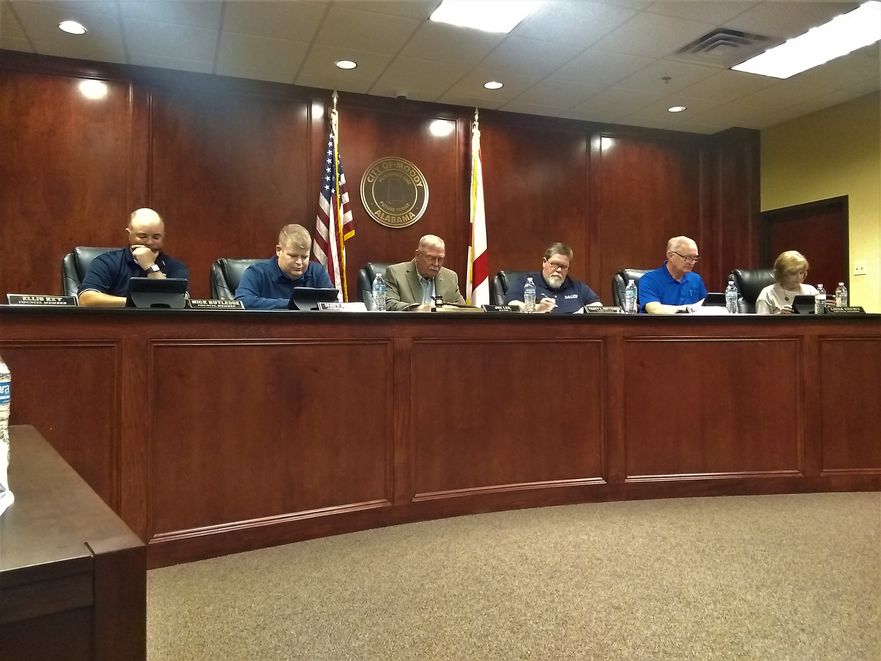 MOODY – At a regular meeting on Monday, March 15, the Moody City Council voted to move forward with establishing a new police department building. 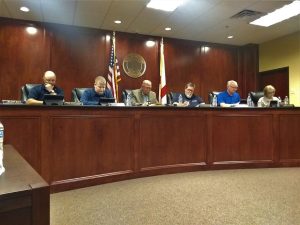 The council unanimously voted to approve the building of a new police station. This has been in talks for several months, with Police Chief Thomas Hunt presenting plans in November 2021 for an upgraded building after it was found that the current building was deteriorating due to its age.

New additions to the department will include a gym, safe rooms for children, several training areas, a break room, an expanded evidence room and storage area, different offices, a patrol meeting room, and a sally port for vehicles.

The building will be funded by a new bond issue in the amount of $5 million, along with money from the American Rescue Plan and other city funds not to exceed $1,550,000.

Hunt expressed his appreciation to the council.

“This is a long time coming, and I appreciate y’all very much,” Hunt said. “All of our officers are appreciative, and the city’s going to be proud of us.”

He added that the current building will be torn down in the next seven to eight months.

A public hearing was held for Pharaoh Smoke, a vaping, CBD, and phone repair shop in Hoover that was cited for violation of Ordinance M2007-09-10C relating to business licenses.

City Attorney James Hill explained that the store owner has a merchant’s retail license but does not have a tobacco retail license as required by city policy. Moody officers Reece Smith and Jim Headley cited them for selling tobacco-related products outside of the required license on February 28 and suggested a revocation process based on information obtained by the ABC board.

The council then heard an appeal from Brandon Gill, who said that he is the legal counsel for the Pharoah company that owns the store, which is part of a chain that maintains several locations throughout the state.

Gill apologized for the situation and said that while the other stores have the proper license, the Moody location “fell through the cracks.” According to Gill, they registered with the secretary of state, had a sales tax license, and obtained federal identification numbers but applied for a general retail license with the city by mistake.

The ABC board notified them of not having a proper license, which prompted them to close the store while applying for an ABC license. Gill said that he had submitted a new application with the city for the correct license.

Councilman Lynn Taylor brought up an allegation that the store has sold products to minors, but Gill denied this. He later added that whether or not the council decides to revoke the retail license, they would still be in the process of obtaining the tobacco sale license.

The council voted unanimously to revoke their current license.

Among other actions taken by the council was to consider adopting an ordinance regarding animal control. Hill explained that the city currently has several animal control ordinances, saying that there were “too many.”

The new ordinance would condense those into one. This was approved by the council.

During the meeting, Taylor presented a request to accept the city audit from September 30, 2021, from Truitt, Tingle, Paramore, and Argent. He said that the audit contained an unmodified opinion, which he described as being the highest that an audit report can have.

Taylor reported that the unrestricted cash was $1.9 million, higher than the year before. By the end of the year, it was approximately $10.7 million, with sales tax revenue increased by approximately $900,000. Expense increased approximately $778,000 due primarily to increased public safety and other factors. There was $4.1 million in capital assets, including police vehicles, a new fire truck, and two new storm shelters. He also mentioned improvements to the sewer system.

“Overall, it was a great year for the city and its finances,” he said.

At the beginning of the meeting, the council heard from Arrika Player, who is the executive director of ARC of St. Clair, an organization formed to help those with developmental disabilities. She gave an outline of what the organization does and asked if the council would consider financially supporting their services. Mayor Joe Lee suggested making a request to the finance committee.