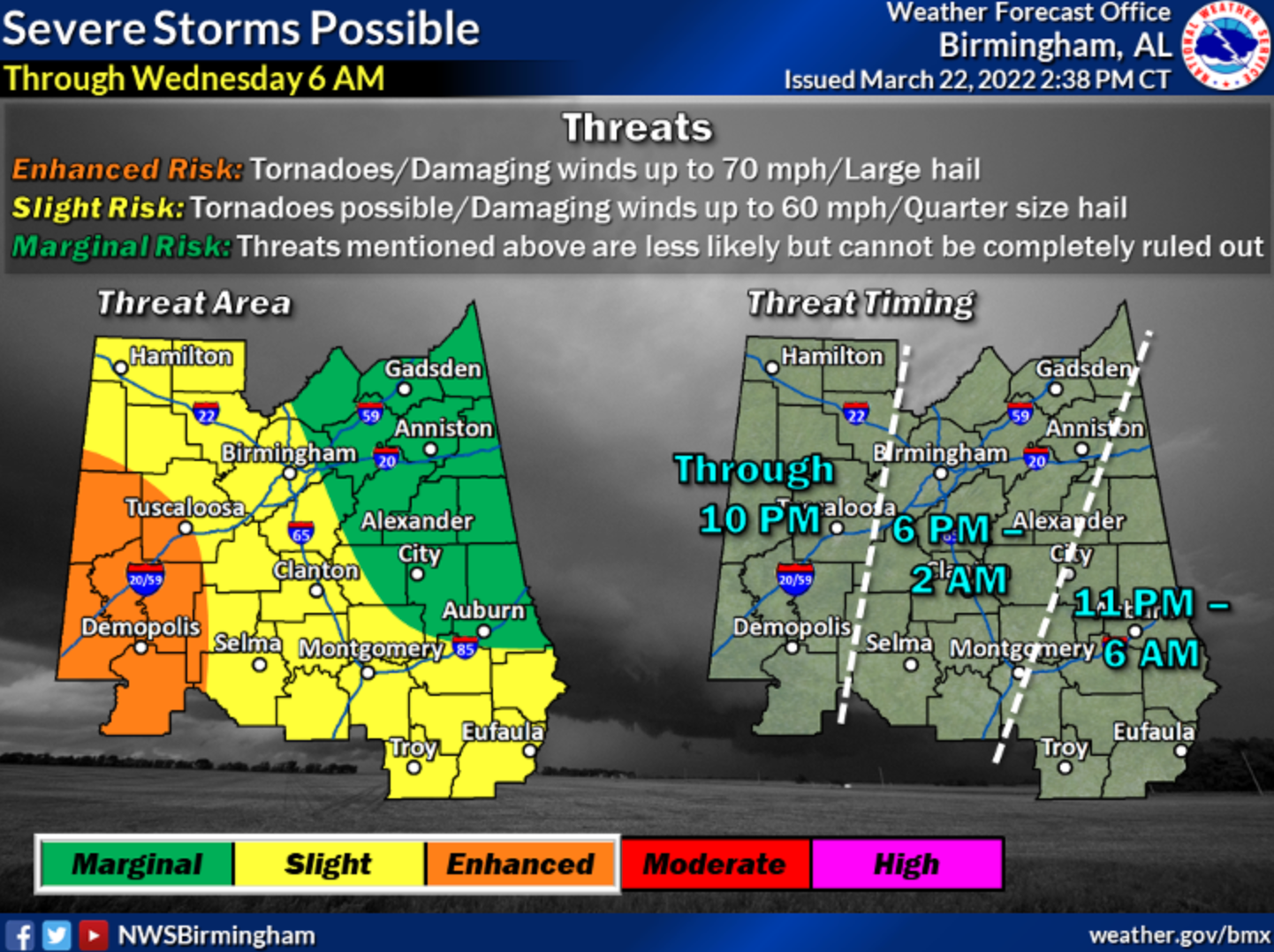 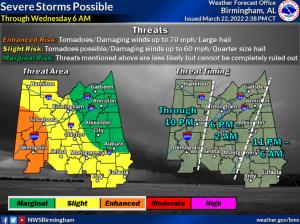 According to the NWS, the tornado watch will remain in effect until 11 p.m. this evening for the following counties: Autauga, Bibb, Blount, Chilton, Dallas, Jefferson, Lowndes, Perry, Shelby, and St. Clair.

Gusty winds could blow around unsecured objects. Tree limbs could be blown down and some trees may be uprooted due to wet soil conditions, resulting in power outages. South winds 10 to 20 mph with gusts up to 40 mph.