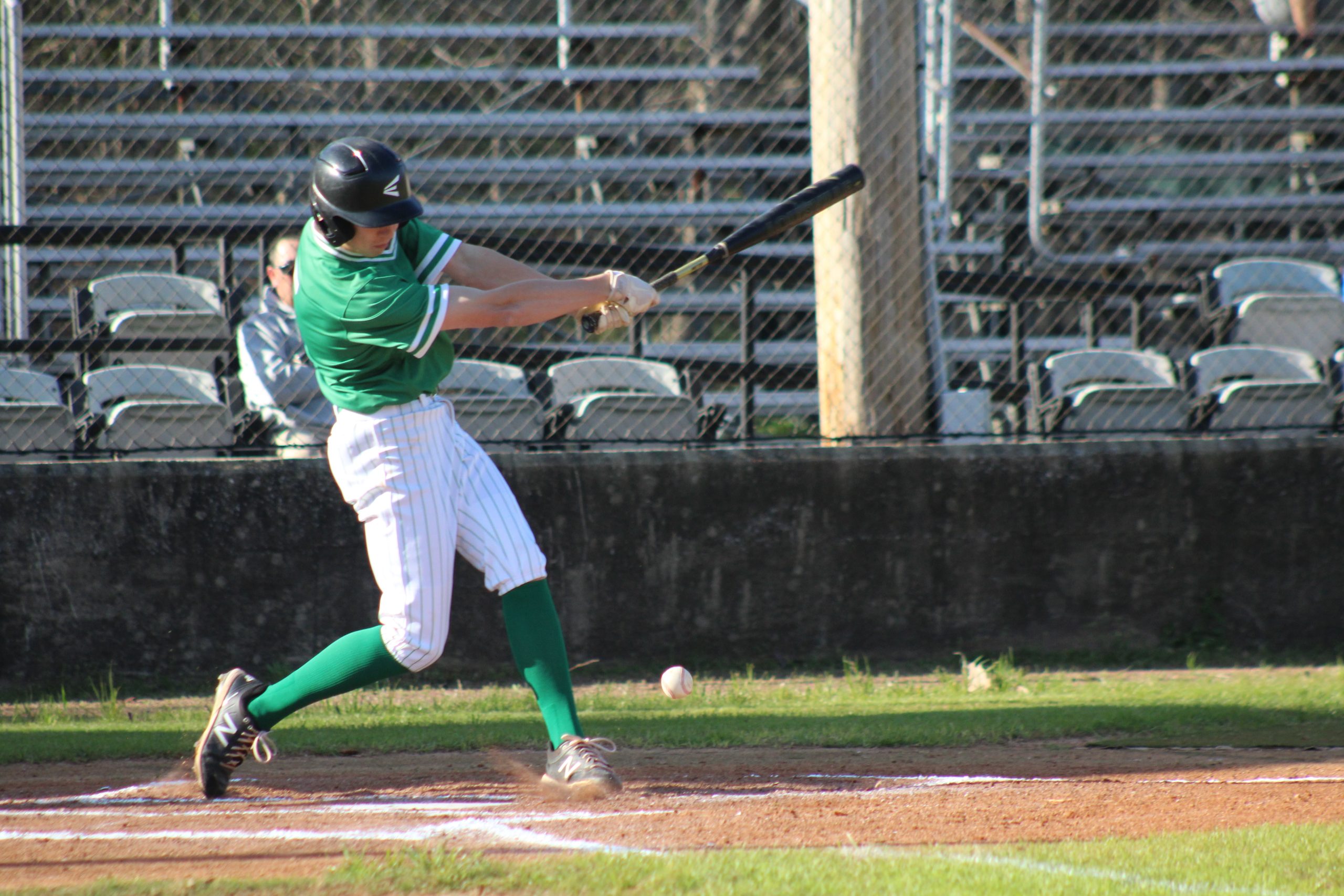 LEEDS — Defensive purists might want to skip this recap of Leeds’ doubleheader sweep against Cherokee County on Saturday, March 26. 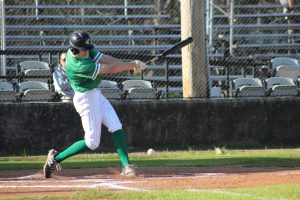 The Green Wave rolled over the Warriors 11-10 in the first game, and then the second contest became an emerald tidal wave, as Leeds won 28-17. No, that score is not a misprint.

Down two strikes, Alex Bradford singled in the bottom of the seventh inning to score Tabari Davis — running for Jarod Latta — and the Green Wave came from behind to win 11-10 against Cherokee County.

Going into the final inning, Leeds was down 10-9 in a back-and-forth game that saw both teams score points in bunches. Cherokee County put up three in the first frame, while the Green Wave answered with a pair of runs of their own. With two outs, Conner Nelson walked and Caden Vance reached on an error. Will Landers singled to left, scoring Davis — this time running for Nelson — and Vance. With one inning down, the Green Wave trailed 3-2.

Cherokee County put up six runs over the next four innings, leading 9-3 going into the bottom of the fifth. That’s when Leeds answered.

With one out, Nelson and Vance walked. Andrew Howard singled to center field scoring Davis — again running for Nelson — while Vance made it to third and Landers booked it to second base. Then with two outs and the bases loaded, Johnathan Douglas walked to score another run and make it 9-5, Cherokee County.

Graham Gulock tripled to right field, scoring the three runners ahead of him. By the time the fifth inning was done, the Green Wave only trailed by one, 9-8.

Gulock again came up big in the seventh inning as Leeds trailed 10-9, tying the game with a single to score Andrew Howard and set up Bradford’s walk-off heroics.

Leeds scored 16 runs in the first two innings and then added 12 more over the course of the third and fourth innings to mercy-rule Cherokee County 28-17 in the second half of the teams’ doubleheader.

Alex Bradford walked and stole second before Peyton Moore bunted him over to third base. Then Conner Nelson doubled to bring Bradford home and stake Leeds to a 1-0 run to start things off. Nelson advanced to third on a passed ball and then scored when Caden Vance grounded out to third. Will Landers walked, and then Andrew Howard singled to get two aboard. Devin Sanders was hit by a pitch, and then Jarod Latta walked to drive in the third run of the first inning.

But it was the second inning when things really started cooking for the Green Wave. After giving up the lead — Cherokee County scored four runs in the top of the inning — Leeds roared back.

Bradford walked, and then Peyton Moore singled. Nelson walked to load the bases, and Vance drove in two runs when he singled to center field. Leeds re-took the lead, 5-4, but the Green Wave wasn’t done. Landers bombed a three-run shot, scoring Nelson and Vance, making it 8-4.

Howard got aboard on an error, and Sanders walked. Latta singled to score Howard, and Sanders moved over to third. Bradford was then hit by a pitch to load the bases. Right behind him, Peyton Moore ended up getting plunked as well. That made it 10-4, Leeds.

Nelson grounded into a fielder’s choice that scored Bryson Gaiter, and then Vance singled to left to score Bradford. Landers came up again and this time doubled to center and scored Nelson. Not to be outdone, Howard doubled as well, this time to left, scoring Vance and Landers.

Sanders became the third Green Wave player to be hit by a pitch in the bottom of the second, and took first. Latta then doubled to drive in Howard. By the end of the inning, it was 16-4.

Bradford walked to open the third for Leeds, and then Moore singled to center. Nelson then walkedand Vance singled to score Bradford and keep the bases loaded. Landers walked in his next at-bat, bringing in Moore. Howard grounded into a double play, but stills cored Nelson. Vance then raced home on a passed ball to make it 20-11.

The fourth inning (dear lord, is it really only the fourth inning?) put the game to bed for the Green Wave. The Warriors scored six in the top of the fourth, but it wouldn’t matter in the end.

Graham Gulock singled and stole second, while Bradford walked again. Moore reached base on an error to load the bases. Nelson singled to score Gulock and Bradford. Landers was hit by a pitch to load the bases again, and Howard reached on an error, scoring Moore.

Sanders then walked, loading the bases for Latta, who came through with a grand slam to put four more runs on the board and make it 28-17 for the Green Wave.