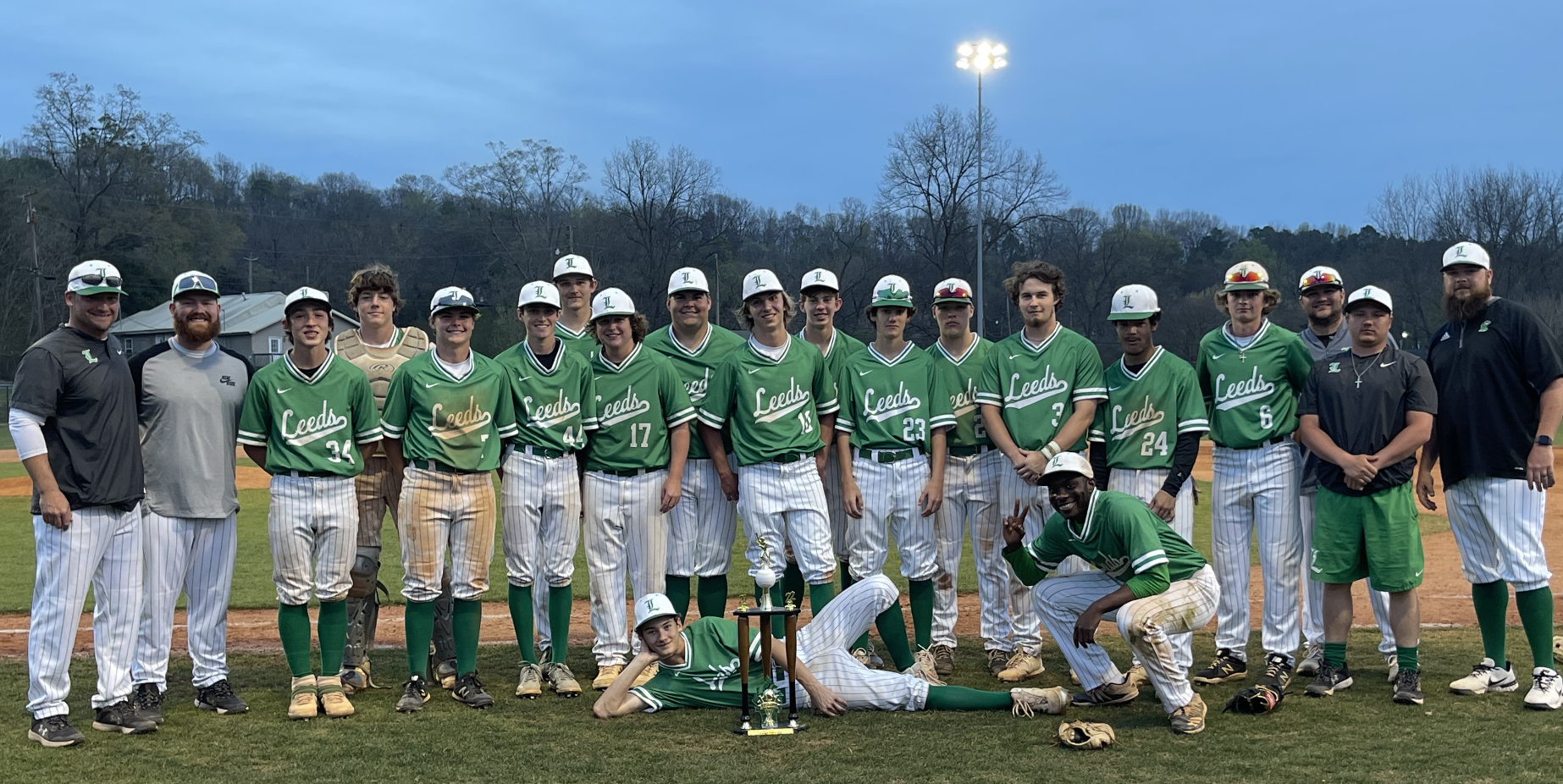 LEEDS — The Green Wave rolled through the tournament that bears its name, beating Montevallo twice on Tuesday to take the Greenwave Classic championship. 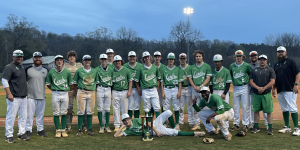 Leeds, undefeated in pool play, came into Tuesday’s games riding an 11-game winning streak that they stretched to 13. The Green Wave hasn’t lost since March 10, and won’t play again until Tuesday, April 5.

Here’s how they won the Greenwave Classic:

Peyton Moore grounded out to end the game, but not the way one would expect. Moore hit into a fielder’s choice with the bases loaded and one out, scoring Johnathan Douglas in the bottom of the eighth inning t0 give Leeds a dramatic 5-4 victory over Montevallo.

The teams were tied at the end of seven innings, but Leeds was able to capitalize in the extra frame. Douglas’s score capped a remarkable comeback as the Green Wave needed two runs in the bottom of the seventh just to tie it up at 4.

Douglas scored twice in the game, while Moore went 1-for-5 but contributed 3 RBIs. Alex Bradford went 3-for-4 at the plate and also scored. Conner Nelson went 1-for-3 with an RBI and a run scored, while Caden Vance went 1-for-2 with a run scored and a walk.

Will Landers got the win, pitching three innings in relief and allowing one hit, one run, striking out one and walking one.

The Green Wave responded after Montevallo staked themselves to a two-run lead to open the game. Conner Nelson hammered a two-run homer in the bottom of the first, also driving in Alex Bradford, who had singled to start the game. Jarod Latta then hit a grounder to shortstop and reached on a throwing error.

Caden Vance took the opportunity that the error served and scored to make it 3-2 Leeds, and the Green Wave added another pair of runs in the fourth inning before staving off a comeback attempt by the visitors.

Bradford went 1-for-3 with a walk and scored twice, while Nelson went 1-for 3 with 2 RBIs. Johnathan Douglas went 10for 3, while Devin Sanders and Graham Gulock both went 1-for-3 and scored once. Gulock added an RBI as well.

Dax Phillips got the win, going 6 2/3 innings, giving up five runs on nine hits with seven strikeouts. Will Landers came on in relief, pitching 1/3 of an inning to get the save.