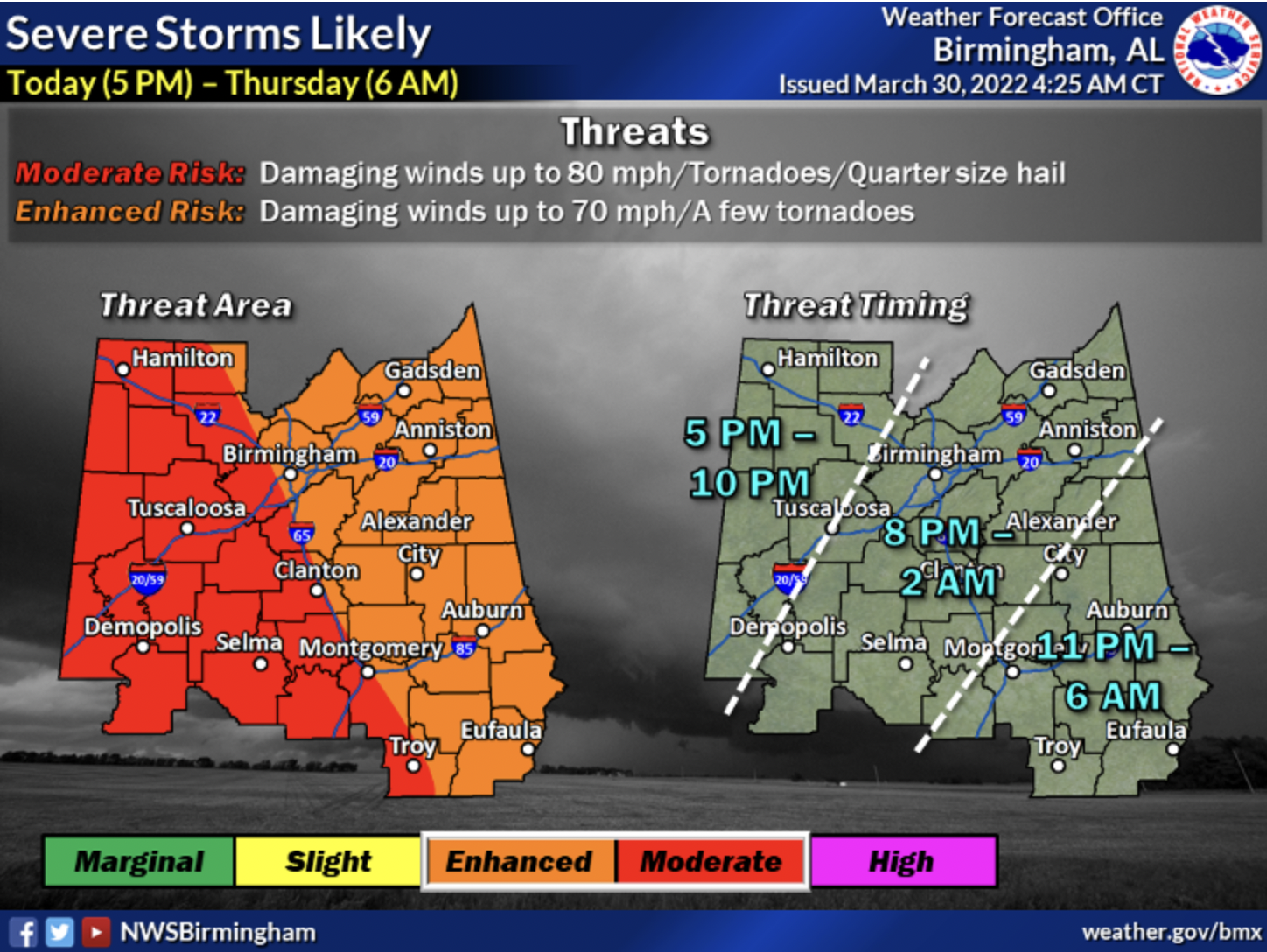 BIRMINGHAM — The National Weather Service predicts that a line of strong thunderstorms heading into Alabama on March 30 could do serious damage across the state. 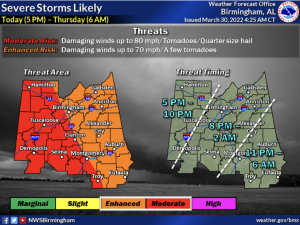 “Strong to severe thunderstorms are likely across Central Alabama later this afternoon and into tonight,” The NWS-Birmingham office stated on Wednesday afternoon. “Damaging straight-line winds with gusts of 60-80 miles per hour are possible. The strongest storms could also produce tornadoes and hail up to quarter size.”

Straight-line winds could knock out power or fell trees in a region that was already vexed by unpredictable Spring weather last week.

“Non-thunderstorm wind gusts of 40-50 mph are possible during the afternoon and evening ahead of the thunderstorm complex,” the NWS stated in its forecast. “This could lead to trees falling and resultant property damage, as well as power outages. Locally, higher gusts are possible, mainly in northwest Central Alabama. These areas have been upgraded to a High Wind Warning as trees falling and power outages are more likely than in the ‘typical”‘wind advisory situations.”

The Tribune’s coverage area needs to be on the lookout for flash flooding, as well.

“One to two inches of total rainfall with locally higher amounts is expected across Central Alabama,” the NWS-Birmingham office stated. “This could lead to isolated flash flooding, particularly in low-lying or poor drainage areas, as well as in urban areas.”

Finally, as in almost every Spring storm system, there is a danger of tornadoes spinning off from these types of storms.

“The intense line of thunderstorms will likely feature bowing segments capable of 60-80 mph wind gusts given expected wind energy aloft. Embedded circulations/supercells will also pose a tornado threat, especially in areas of favorable 0-3 kilometer shear vector crossover. This system will approach the Mississippi-Alabama state line as early at 5 p.m. and quickly advance east, especially along the northern portion of the line.”