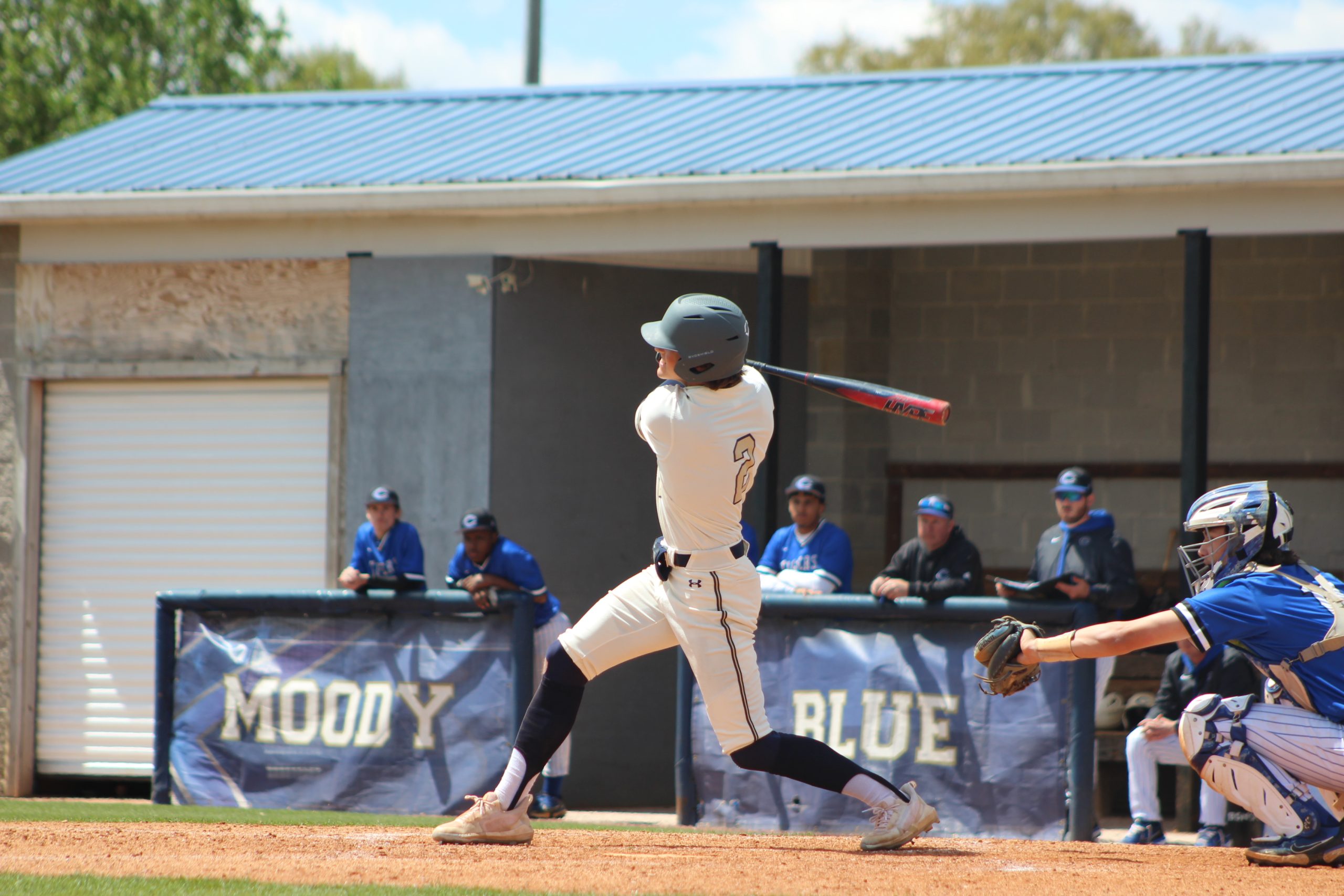 Archie Goodwin pitched a no-hitter and Moody's offense exploded for 15 runs to crush Lincoln in a run-rule shortened game on Tuesday, April 12. (Photo by Hannah Curran)

MOODY — The Blue Devils got back on the winning track on Tuesday, April 12, with a no-hitter from Andrew Goodwin. Moody’s bats were hot, too, as they finished off Lincoln 15-0. 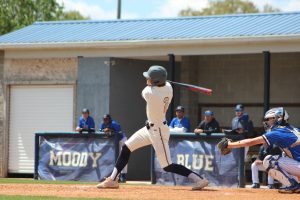 “He is one of the best competitors I’ve ever coached,” said Moody head coach Eamonn Kelly. “He competes his tail off every time he gets on the mound.”

Landon Cherry had 5 RBI, going 3-for-3 at the plate with a pair of doubles and a single. Moody had 15 runs on 15 hits in the run-rule shortened game, and the Blue Devils stole seven bases along the way. Chase Marshall was a master thief, stealing two.

“We played how we’re supposed to, and that’s really what it boils down to,” Kelly said. “It was the seniors’ last home game, so they had a little bit of want-to to go out on top.”

It didn’t look that way early, as both teams went into the second inning tied at zero. But the Blue Devils broke things open in the bottom of the second, racking up 10 runs. They struck again in the third, tacking on five more.

The two teams will meet again on Wednesday, at Lincoln in a doubleheader that starts at 4:30 p.m.