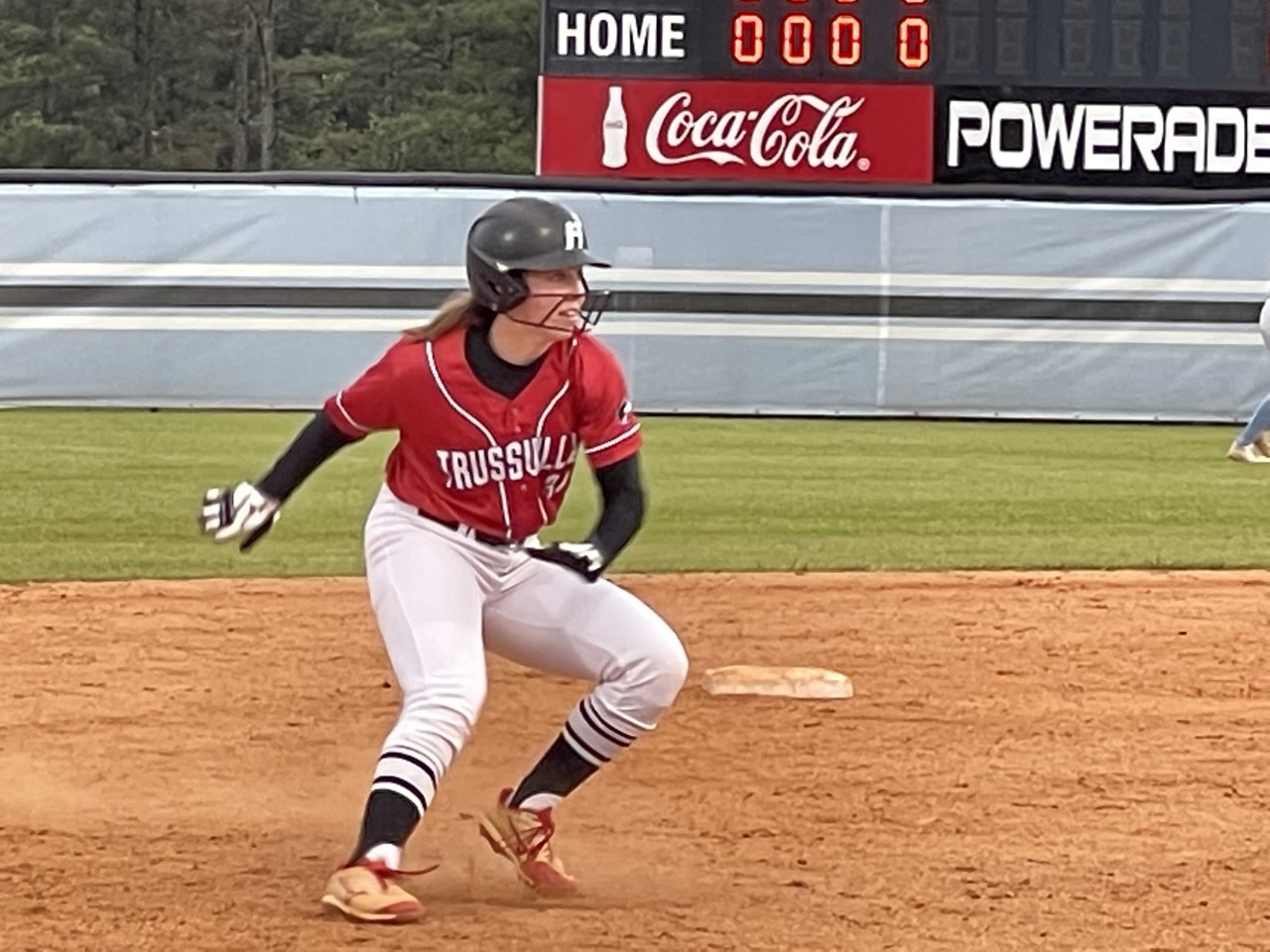 Kenleigh Cahalan gets a lead off of second after her second double of the night during a 2-1 victory over Spain Park to claim the 2022 7A Area 6 title. (Photo by Bobby Mathews)

HOOVER — Hewitt-Trussville got a measure of revenge here on Wednesday night, April 20, dealing Spain Park a 2-1 loss and claiming the 7A Area 6 softball title. 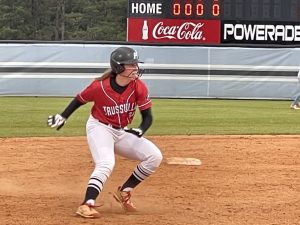 Kenleigh Cahalan gets a lead off of second after her second double of the night during Wednesday’s 2-1 victory over Spain Park to claim the 7A Area 6 title. (Photo by Bobby Mathews)

It was payback for the April 7 game that saw the Jags take advantage of seven Huskies errors en route to a 16-2 victory. The fact that the win secured the area championship and the right to host the area playoffs was just icing on the cake.

But it wasn’t easy. Sarah Hindman threw a one-run gem of a game for Hewitt-Trussville, but got little in the way of run support until Sara Phillips went yard in the sixth inning. Moments later, Ana Henson singled and Emily Onofry sacrificed her over to second base. From there, Kenleigh Cahalan doubled to center field to score Henson.

That was all Hewitt-Trussville needed.

“We did a terrible, pitiful job of making adjustments,” said head coach Taylor Burt after the win. “We have to get a lot more consistency than what we’ve got right now. That’s not to say that we’re not seeing bright spots. This game is always an intense game.”

Cahalan went 2-for-4 at the plate for Hewitt-Trussville. And unlike the first matchup, this time the Huskies played error-free softball.

“It’s been a minute since we’ve hosted the area tournament,” Burt said. “That’ll definitely be a little bit different than what we’re used to but I think the team is excited to be able to do that. We want to build on this and get a whole lot better than what we did tonight.”

Hindman went all seven innings, allowing one run on seven hits and striking out one batter. Katherine Brown took the loss for Spain Park, while Morgan Jolley went 2-for-3 from the plate for the Jags.

“Sarah (Hindman) had a great night,” Burt said. “We had a gameplan, and she stuck to the gameplan, executed it very, very well. Hit her spots, and did it really well with very little run support.”

Hewitt-Trussville next plays on Friday, April 22, at the Hoover Classic as the home team against the Gardendale Rockets at 2 p.m.