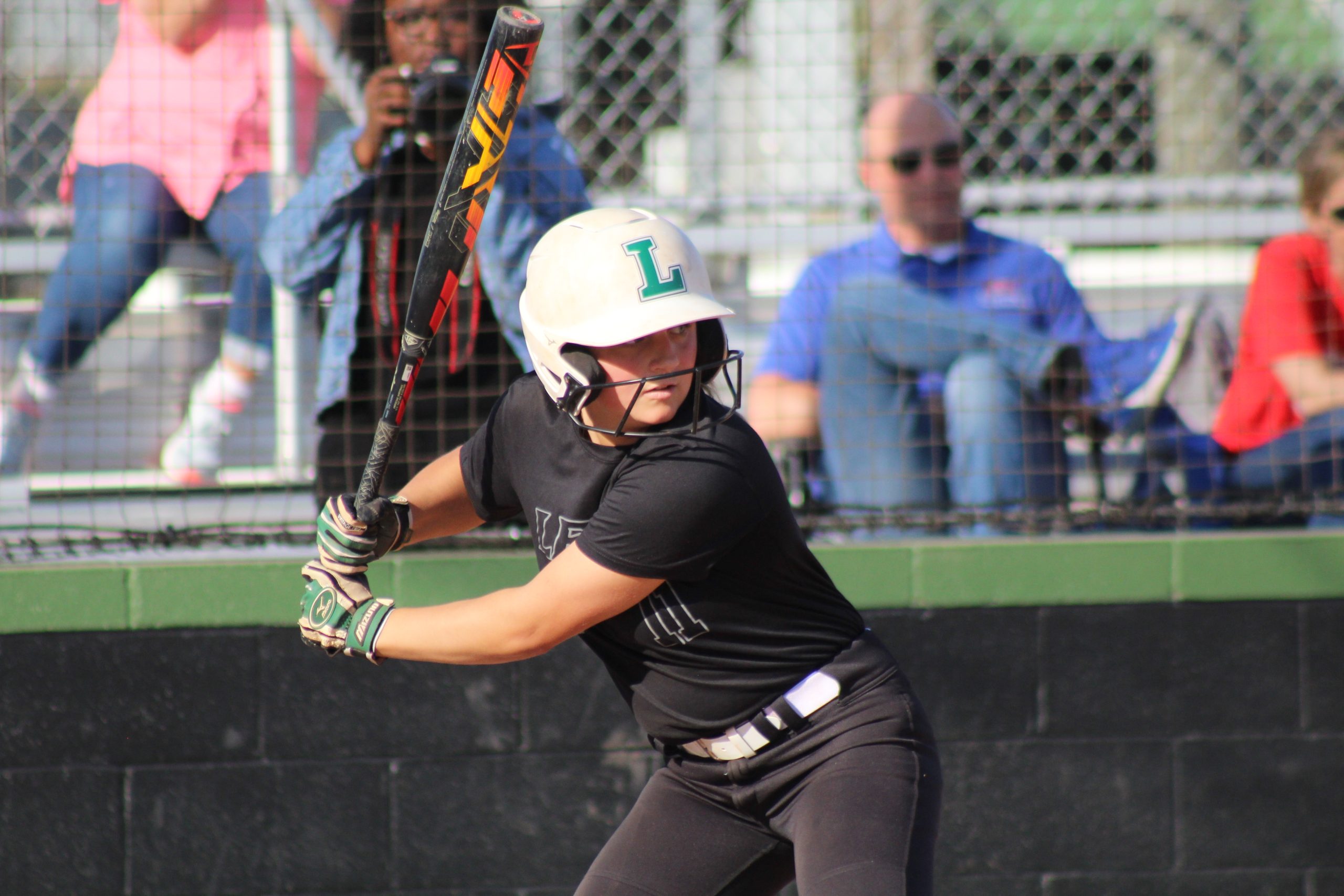 Leeds center fielder Sophie Sisk got aboard on an error in the first inning for Leeds and then stole second during the Green Wave's 7-4 victory on Friday, April 22, 2022. (Photo by Bobby Mathews)

LEEDS — The Green Wave ran its win streak to eight games and answered the tough challenge of American Christian Academy with a 7-4 victory here on Friday, April 22. 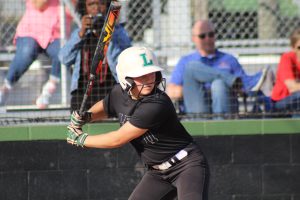 Leeds center fielder Sophie Sisk got aboard on an error in the first inning for Leeds and then stole second during the Green Wave’s 7-4 victory on Friday, April 22, 2022. (Photo by Bobby Mathews)

Leeds got things going with a four-run third inning after falling behind 2-0 over the first two frames.

Working with two outs, Sophie Gromko drove a liner to center field to get aboard, and then Indya Rogers stepped in to run for the Green Wave catcher. Zoie Galloway then singled to left, driving in Rogers to make it 2-1, ACA. But the Greenies weren’t done.

Galloway advanced to third on an error by the ACA catcher, and then Katelyn Howard singled to bring the senior in. Suddenly it was knotted at 2-2. Maddie Payne kept the inning alive by drawing a walk. Howard stole second during Payne’s at-bat and then stole third right before Kinlee Gilley smoked one to center field, scoring Howard and Payne to take Leeds’ first lead of the game.

ACA fought back to tie things up 4-4 in the top of the fifth, but the Green Wave answered in short order.

Galloway doubled and Howard walked to set the stage for Payne, who lifted a fly ball to center and reached on an error, scoring Chesney Robinson — in for Galloway — and Howard to make it 6-4.

Leeds would add one more insurance run in the sixth when Marley Miller homered to right field to make it 7-4.

Emma Machen went the distance for the Green Wave, allowing 13 hits and four runs over the course of seven innings, striking out five and walking one.