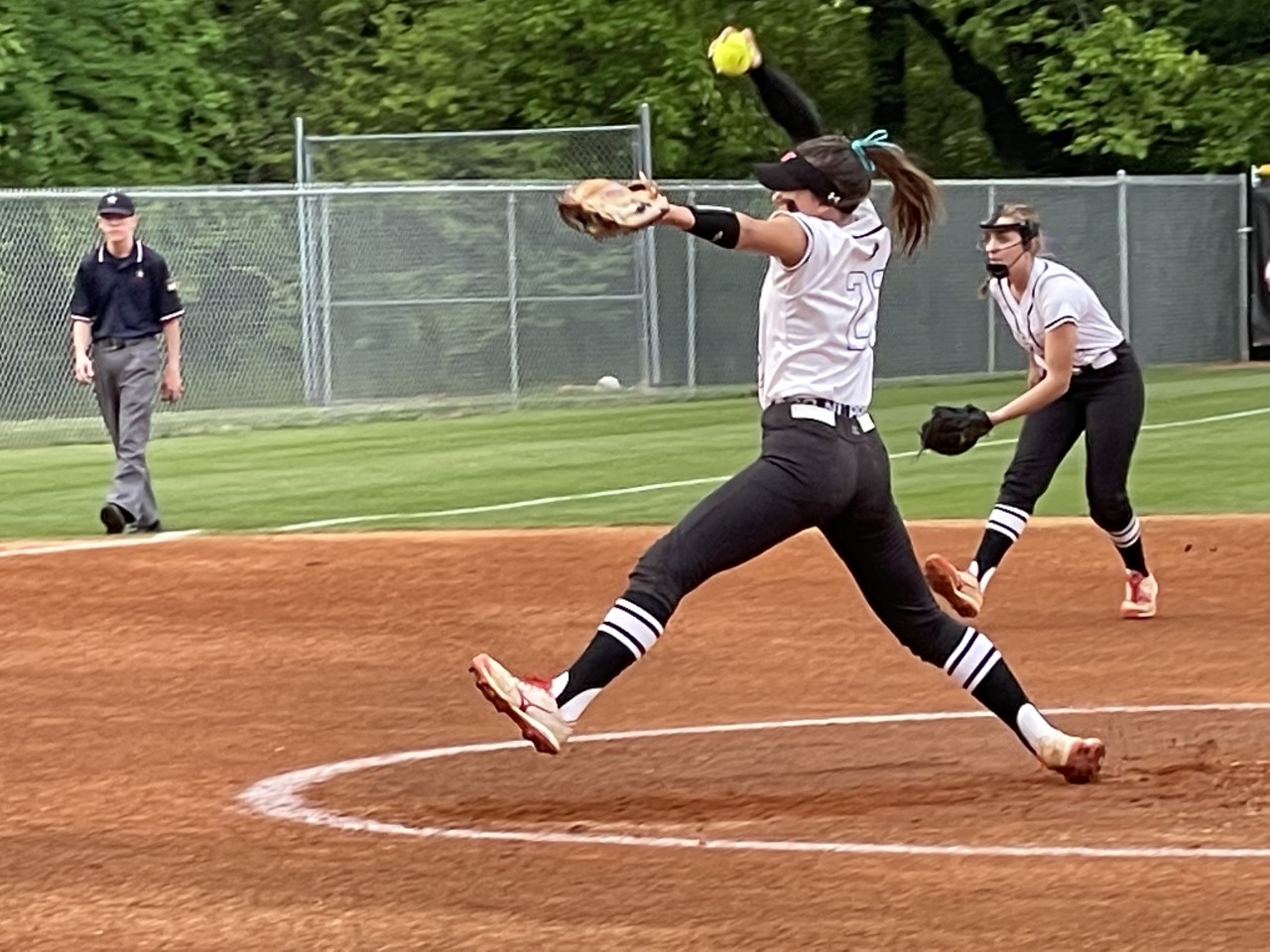 Sara Phillips faced 28 batters on Monday evening, striking out 14 of them as Hewitt-Trussville beat Vestavia 4-0 to move on in the 7A Area 6 tournament. (Photo by Bobby Mathews)

TRUSSVILLE — Sophomore pitcher Sara Phillips fired her fourteenth strikeout of the night to end Vestavia Hills’ night here and put Hewitt-Trussville in the finals of the 7A Area 6 tournament against Spain Park. 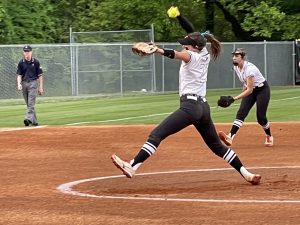 Sara Phillips faced 28 batters on Monday evening, striking out 14 of them as Hewitt-Trussville beat Vestavia 4-0 to move on in the 7A Area 6 tournament. (Photo by Bobby Mathews)

Phillips struck out the first five batters she faced, and Hannah Dorsett galloped into shallow right field to rob Vestavia of a bloop single to end the second inning as Phillips pitched her third no-hitter of the season.

“I think we came out here a lot more focused than we have been over the last little bit,” Huskies head coach Taylor Burt said. “I think overall they kind of knew it was business time and they did a good job of making sure we got the win.”

Phillips rolled through the fourth and fifth innings, racking up four more strikeouts along the way. In the sixth, it looked as if Vestavia might be catching up with her as Phillips issued a pair of walks. But the Huskies’ righty backed off the circle as Burt came out to conference with the team in the circle.

“For me, I walk all the way to the back of the mound and I take two steps off and then take two deep breaths and get back in gear,” Phillips said. “Once it’s over, it’s over. You can’t fix it.”

From there, Rebels senior catcher Caroline Redden stepped in with two on and two out. On a 2-2 count, Phillips struck her out to end the inning. No Vestavia player advanced past second base during the game.

Phillips aided her own cause in the bottom of the sixth after Riley Tyree reached on an error. Phillips hit a line-drive home run, a two-run dinger that made it 4-0.

From there, Hewitt-Trussville retired the Rebels in order in the top of the seventh to close out the game. Phillips pitched all seven innings, struck out half of the 28 batters she faced, hit two of them and walked two others. One Rebel reached base on an error.