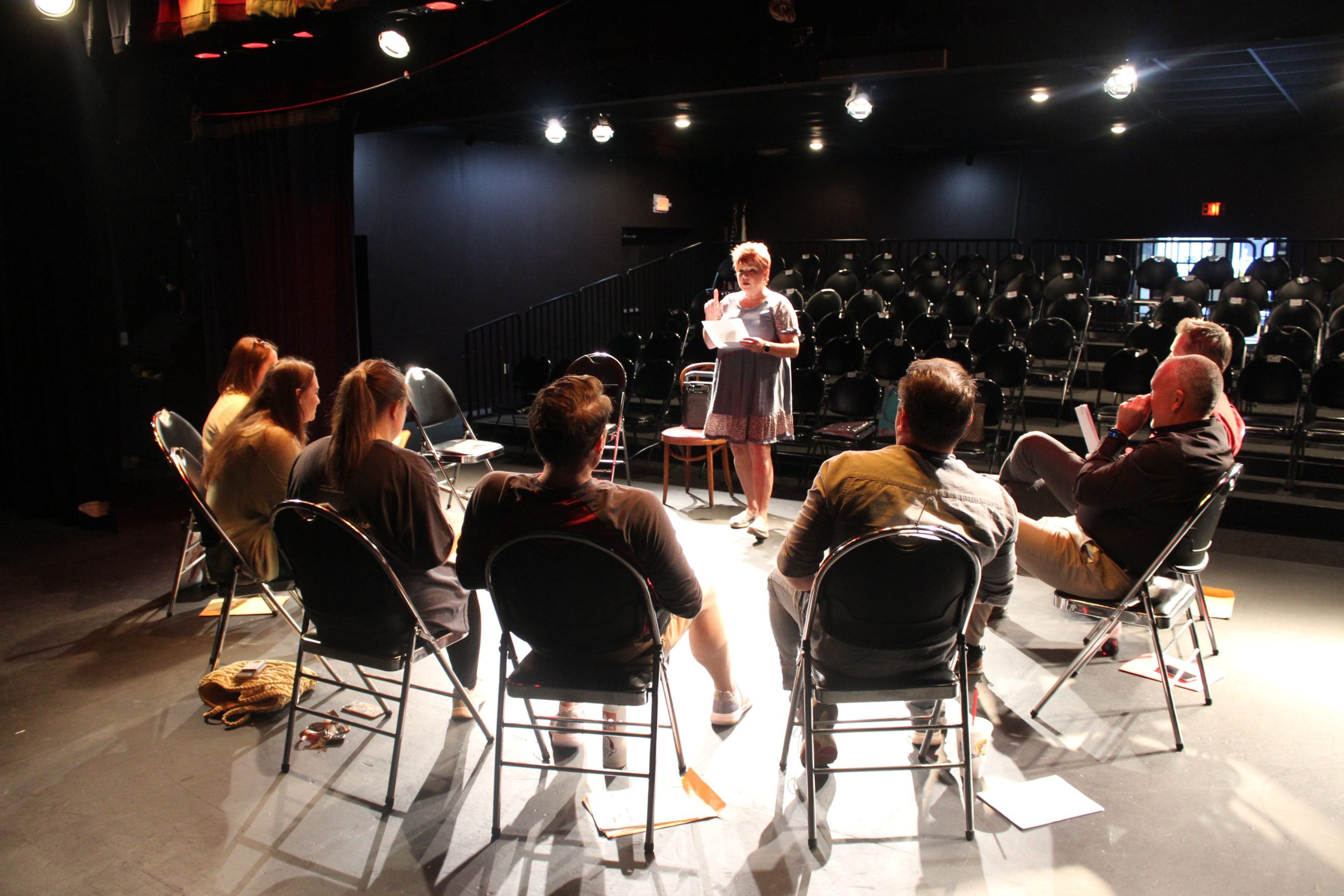 The songs are not what you expect and will be fun for the whole family. (Photo by Hannah Curran)

LEEDS — The Leeds Arts Council hosts an “Evening with Brandi McClaran” full of musical entertainment from McClaran and her talented friends. 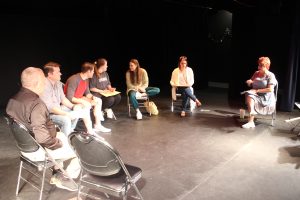 Brandi McClaran and friends gather for their first practice. (Photo by Hannah Curran)

The event will be Friday, May 20, and Saturday, May 21, at 7 p.m. at the Leeds Arts Council. Tickets are $15 and can be purchased at lac.booktix.com or at the door.

All proceeds go to Leeds Arts Council to purchase sound and light upgrades.

“We are way past due for an upgrade, we have engaged a sound consultant, and it will be quite expensive to do everything we need to do,” McClaran said. “We’re a small community theater, so we rely on any shows we have to bring in revenue to take care of our expenses.”

This isn’t the first musical McClaran has produced, and she hopes to share the spotlight with her friends.

“We came here and did a show last April, and I had some of the theater kids in it,” McClaran said. “This wasn’t a fundraiser for anything specific. It was just to help Leeds out with any expenses they might have, and it was really successful. The kids loved it, and we had about six rehearsals.”

The difference between the last show and this one is that McClaran won’t be the only one singing.

“This time, I wanted to do it a little bit differently and invite some of my adult friends to come in and have them sing more,” McClaran said. “That way, I don’t have to carry the whole show because I’m getting older, and it’s hard for me to sing for two hours.”

Don’t expect this show to be anything like you’ve seen before because McClaran and her friends will give the audience a show they’ve never experienced.

McClaran said that when people hear Broadway, they expect what she would consider “Golden Age Broadway classics,” such as Rodgers and Hammerstein or Lerner and Loewe, but this show is not going to be like that.

“The three group songs that we’re going to be doing are from current Broadway shows,” McClaran said. “It’s kind of a Broadway-ish. Most of it is Broadway because we’ve got people who are active in community theater and music.”

Even if you don’t know the music, you will be tapping your foot and swaying along with the performers. They are taking songs and twisting them to tell a whole new story; sometimes, it is even out of their comfort zones. 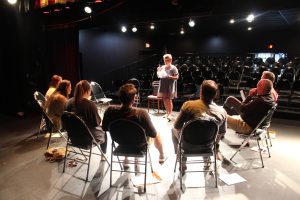 The songs are not what you expect and will be fun for the whole family. (Photo by Hannah Curran)

“Most people tend to pick things like a Broadway song, something that people are familiar with, or something they have sung in shows before, something they’ve always wanted to sing,” Brian Allison said. “I didn’t want to do that because I’m different. So I picked two very contemporary songs. I’m not going to do what people expect.”

Allison is taking a classic song that is well-known from the 80s and giving it a completely different arrangement that many people probably have not heard.

However, the song choices and styles are not the only things pushing these performers; they also only have five rehearsals to perfect each song.

To the performers, this is family time, and not only are they working diligently to provide a great show to the community, but they are having fun while doing it.

“We’ve all got things that we’re involved in, but the thing that unites us is a love of theater,” Allison said. “In this case, a love of musical theater. We’re able to get together and sing and have a good time and not take ourselves too seriously.”