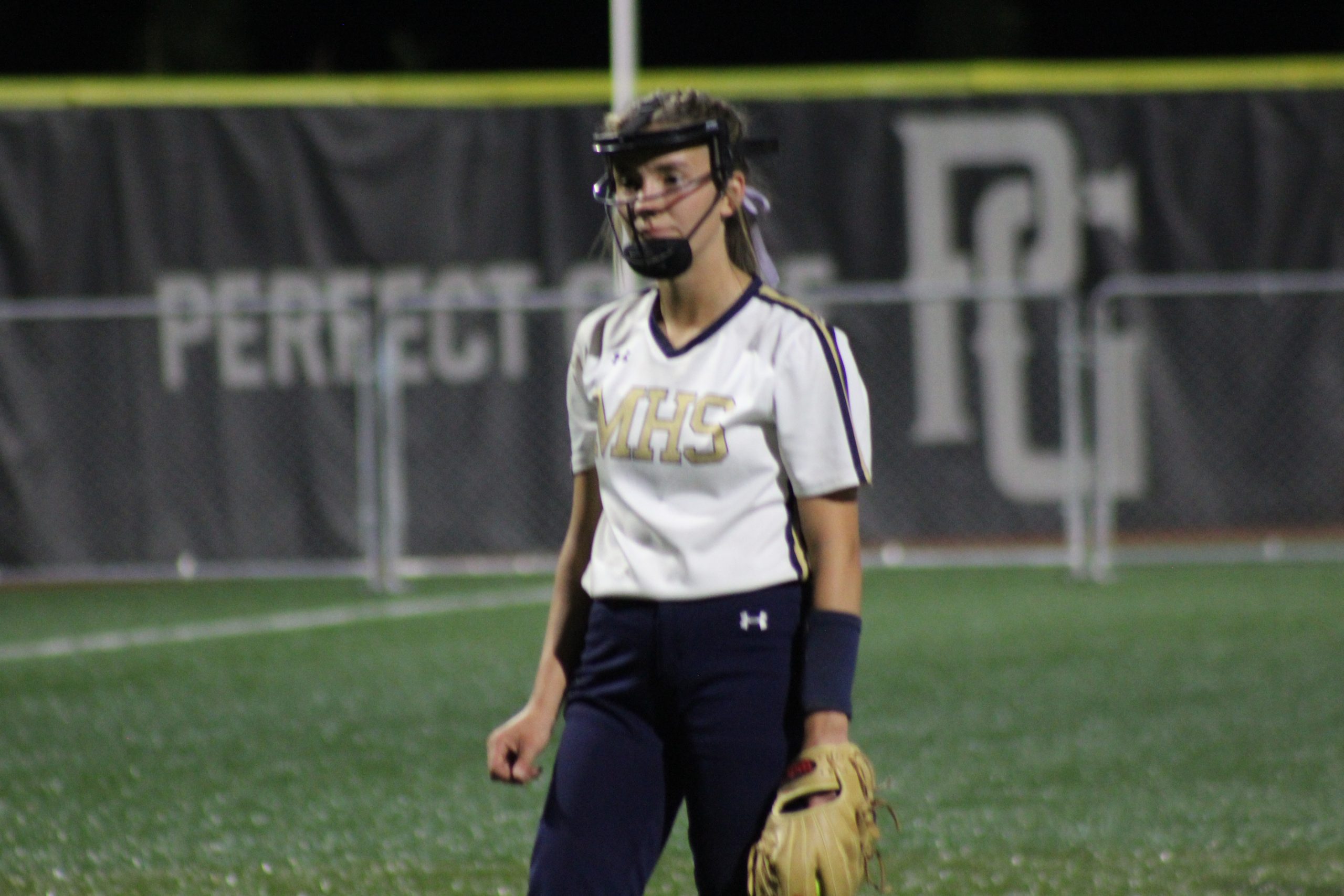 ALEXANDRIA — The Blue Devils are rolling in the 5A Area 11 softball tournament, whipping St. Clair County 7-4 and then beating host team Alexandria 4-2 to earn their way into the championship game, which will be played Thursday, May 5, at 6 p.m. 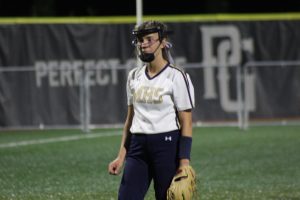 The Blue Devils got off to a rough start as the Saints’ Brooklynn Sertell homered on the first pitch she saw, staking St. Clair County to a 2-0 lead. Moody tied things up in the bottom of the first when Libby Higgins singled to score Taylor Rogers. The Blue Devils tied things up in the second when Emma Kile scored on a wild pitch from Sertell. And while St. Clair County fought back to reclaim the lead in the third, it was Moody who exploded for three runs in the bottom of the inning.

Kile sacrificed to center to bring in Abi Gray, which knotted the score at three runs each. Skylar Black scored on a wild pitch, and Ryleigh Hodges  scored when McKenzie Phillips singled and then went to second on an error from the Saints’ right fielder. That made it 5-3, Moody.

The Blue Devils scored again in the fifth when Kile singled on a liner to score Faith Myers, and then Taylor Rogers bombed a home run in the bottom of the sixth to answer a score from the Saints. By that time, St. Clair County had spent its arsenal and went down 1-2-3 in the top of the seventh.

Senior pitcher Hollie Graham is credited with the win, going three innings and allowing three runs on two hits, walking three and striking out two. Hodges came on in relief for the save, allowing one run on two hits with no walks and no strikeouts.

Ryleigh Hodges went seven innings, allowing two runs on four hits as the Blue Devils climbed back in this one late, scoring two in the top of the sixth and then surging ahead in the seventh inning for the 4-2 victory.

Kendall Trimm doubled on a line drive to left with one out in the sixth inning, scoring Riley Mitchell from third. Zoey Terry came in to run for Trimm, and scored when Emma Kile singled to center field to make it 2-1 Moody. After Alexandria tied things up in the bottom half of the inning, the Blue Devils surged ahead in the seventh.

Faith Myers reached on an error, and with Kennedy Hockman in as a courtesy runner, Mitchell singled to score Hockman and re-take the lead, 3-2. Maddie Barfield singled to right field to score Mitchell, and Hodges faced four batters in the bottom of the seventh, inducing two line outs and one fly ball to right fielder Skylar Black, who gloved it to end the game.