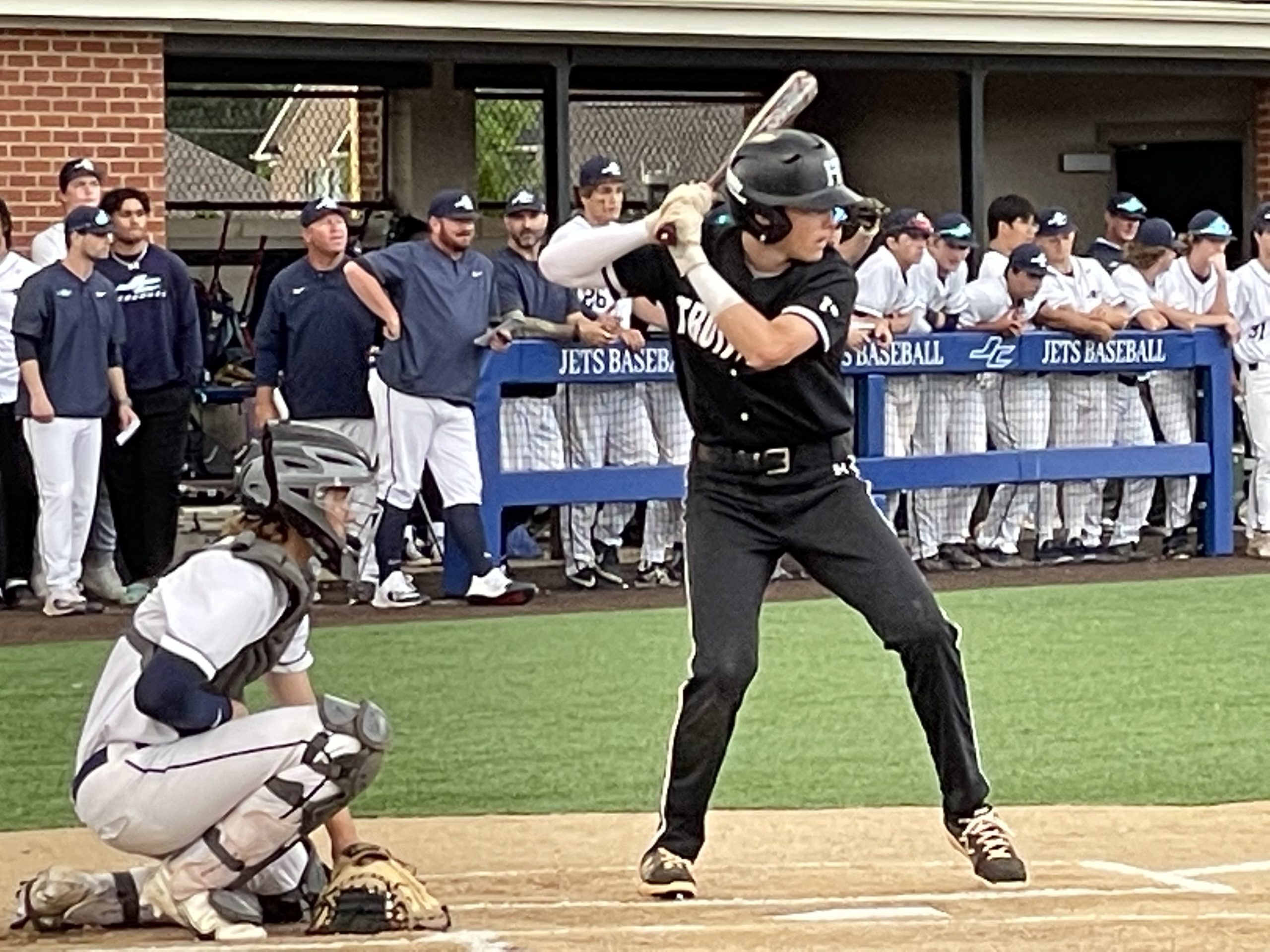 Hewitt-Trussville split with James Clemens on Friday, May 6, to force Game 3 in the 7A quarterfinals on Saturday, May 7, at noon. (Photo by Bobby Mathews)

Posted By: Bobby Mathewson: May 07, 2022In: online, Sports
Print Email

MADISON — Hewitt-Trussville battled back after a game one loss to James Clemens in the quarterfinals of the 7A baseball playoffs as Huskies pitcher Baker Green shut out the Jets and closed out a 3-0 win with a strikeout to finish the game. 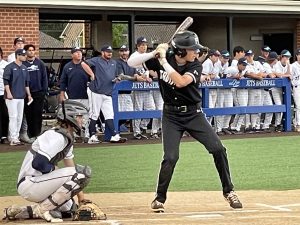 Hewitt-Trussville split with James Clemens on Friday, May 6, to force Game 3 in the 7A quarterfinals on Saturday, May 7, at noon. (Photo by Bobby Mathews)

The victory forces game three in the series, which will be played today, May 7, at noon.

Green pitched a two-hit shutout, striking out 12 and walking one, and the Huskies got things rolling in the second game after Kurt Kizer singled up the middle to score Jack Ollis. Riley Quick doubled to score Kizer, and it was 2-0 after the first inning. The Huskies plated one more in the fifth when Green hit a fly ball to left to score Ethan Duhon, who had walked earlier.

That would be enough to secure the win and a third game in the series.

“I expect us to come out tomorrow, tomorrow is a new day and it’s 0-0,” Huskies head coach Jeff Mauldin said. “It’s a winner-take-all game, and we’re fortunate to still be playing. You take the opportunity to keep playing. A lot of teams in the state would like to be playing a game three in the quarterfinals.”

Hewitt-Trussville had their backs to the wall after a game one loss that saw the Jets come from back from a 5-1 deficit to win the game on a walkoff double by Nate Guyse.

In game one, Quick hammered a three-run homer to straightaway center field to put the Huskies up early, and then Hewitt-Trussville added two more in the bottom of the second when Kizer grounded into a fielder’s choice to score Brett Moseley and push Ollis to third base. Moments later, Ollis raced home on a passed ball to make it 5-0 Huskies.

From there, Hewitt-Trussville couldn’t score. The Huskies had 10 hits in the first game, but James Clemens turned three double plays to help keep the score within reach. The Jets put up three runs in the sixth, culminated by Francisco Ramirez clobbering a bases-clearing triple to tie the game at 5-5 and set up Guyse’s heroics in the bottom of the seventh.

“I was proud of our guys,” Mauldin said. “You don’t see a whole lot of three-game series. For some reason it seems like teams always sweep. I think it’s because a lot of teams have a hard time bouncing back. Losing Game 1 the way we did, with a walk-off in the bottom of the seventh, I thought our kids showed unbelievable character and maturity and poise to come back in Game 2 like nothing happened and just play the game.”

In Game 1, Quick pitched the complete game, allowing seven hits and six runs — only three of them earned — and struck out five. The Huskies’ ace walked three.

The split means that there’s more baseball to be played in this quarterfinal matchup.

“The job’s not done yet,” Green said after pitching the Huskies to the Game 2 win. “Our attitude is still the same as it was in game one. We thought we were going to come in here and sweep, but we didn’t handle business in Game 1, but we did in Game 2, and we hope to do the same tomorrow.”