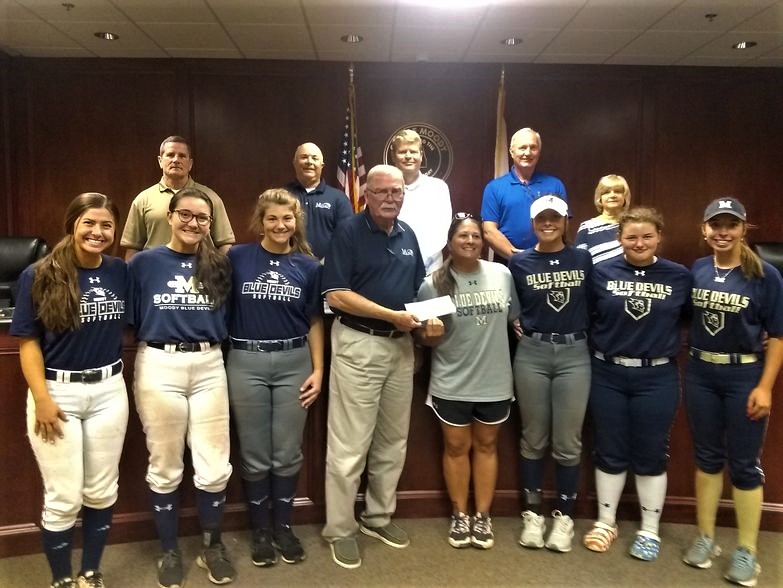 MOODY – A regular meeting of the Moody City Council on Monday, May 9, began with recognizing the high school’s softball team, followed later by the council hearing from residents on issues regarding road maintenance in the Avalon subdivision. 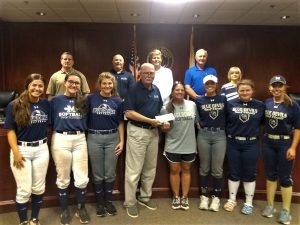 Six Moody High School softball team members were present to be recognized, along with their coach, Rebecca Seymour. Councilman Nick Rutledge said that they won the 5A area champion last week.

The team will head to the regional tournament in Albertville on Wednesday morning at 9 a.m. The council later approved a $500 donation for their travel expenses.

After passing the agenda items, attention was turned to two items related to infrastructure. The first was an agreement with the Regional Planning Commission of Greater Birmingham to conduct an Advanced Planning Program and Logical Engineering (APPLE) study.

The study would look at the U.S. Highway 411 Intersection from the Moody crossroads north to the city limit. This would include traffic count, lights, and others on those roads. Priority would be given to the intersections of High School Drive and Highway 411, and Washington Drive.

The agreement was approved unanimously.

Following this was a resolution to accept the public streets in the Avalon subdivision for upkeep and maintenance. Mayor Joe Lee said that the subdivision should have been accepted a number of years before when it was completed but that the developer “dropped the ball” in requesting that they be accepted.

“We’re just kind of cleaning up what should’ve been done years ago,” Lee said. “We will have to maintain those roads.”

Before the resolution could be passed, resident Jeanne Doss spoke and said that there were potholes on roads in the subdivision in need of repair, asking if they would be added to a list. Lee responded that they would be addressed soon.

Doss said that the issues with the roads had not been addressed since “at least 2019” and asked if she and other residents could be assured that their roads would be put on a list. Lee said that the streets there will be the city’s responsibility when the resolution is passed.

Resident Amanda Byrd echoed Doss’s concerns, with City Attorney James Hill responding and explaining that issues will require the city to determine that the subdivision is up to regulations.

“Part of what they have to do is to make sure that when they accept city streets, then they are obligated to maintain with public funds, that they’re up to those regulations,” Hill said.

It was suggested that the resolution be tabled to allow for time to study the roads and see to what needs to be met. The council voted to approve the suggestion.

In other business, the council approved: