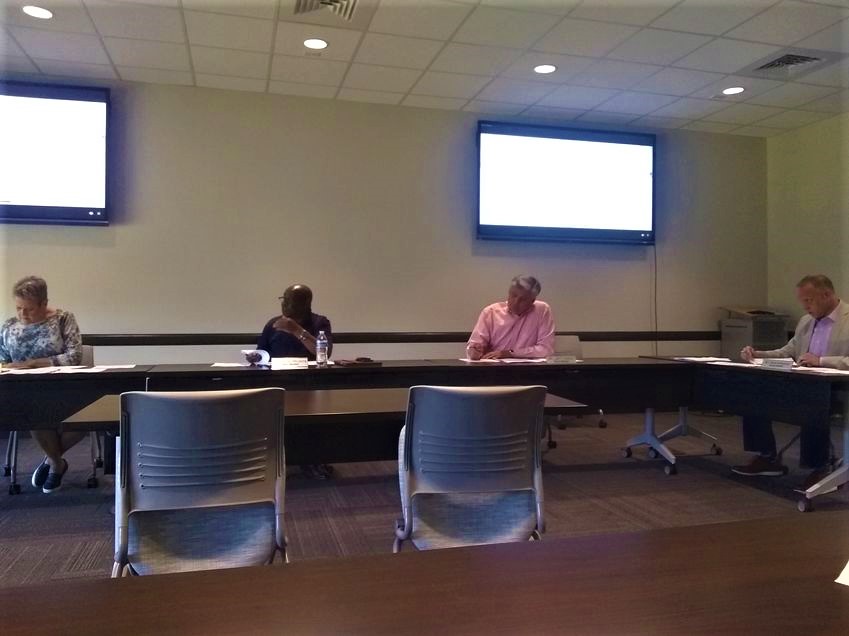 Leeds Board of Education elects officers. (Photo by Nathan Prewett)

Posted By: Nathan Prewetton: May 11, 2022In: Local News
Print Email

LEEDS – The Leeds Board of Education met on Tuesday, May 10, to elect its officers and discuss several matters, including a recent grant for the district’s pre-k classrooms. 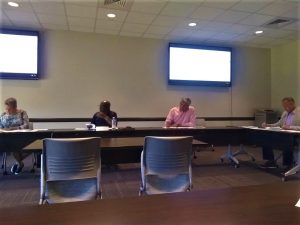 Leeds Board of Education elects officers. (Photo by Nathan Prewett)

Chief Financial Officer Ryan Miller gave his report for the sixth month of the fiscal year, which was March; 65.39 percent of the general fund revenue and other financing sources were received, and 97.98 percent of the local revenues were received. Miller said that this was up 7.42 percent from this time in 2021.

Expenditures and other uses in the general fund were 49.02 percent of the budget though the sixth month of the fiscal year, under a target of 50 percent. Accounts payable were $390,619 for March 2022. Gross payroll expenditures were $1,129,573.

The board elected its officers for 2021-2022. Board President Kathy Dutton retains her position, as well as Chad Anderson as Board Vice President. Superintendent John Moore’s contract was renewed afterwards.

Following this was to set the salary schedule for 2022-2023. At the previous meeting the board discussed the recent bill signed by Gov. Kay Ivey that allowed for an increase in the payrolls of teachers based on a certain number of years of experience. 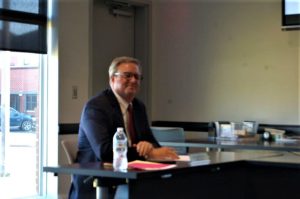 In his comments Moore said that the Leeds district has received an additional grant to fund the Pre-K classrooms. The funds will allow for teachers, auxiliary teachers, and equipment, as well as textbooks and other materials necessary.

“We’re still in a position where we serve Leeds residents and our employees’ children first in Pre-K,” Moore said. “And then if we have slots then we permit people from outside to apply.”

Funds were administered from the Office of School Readiness, which is part Ivey’s government. Moore estimated that the grant was around $94,000.

“We have eight of those classrooms now,” Moore said. “And so what we’ve tried to do is make sure that every one of our students who want a pre-k classroom have an opportunity to have one, so we’re excited to have another one.”

Moore also noted graduation coming up on May 26 at 6 p.m. It will be held at the Church of the Highlands with Mayor David Miller to speak.

The next meeting will be held on June 14 at 6 p.m. at the Leeds Board of Education Building 1517 Hurst Avenue.