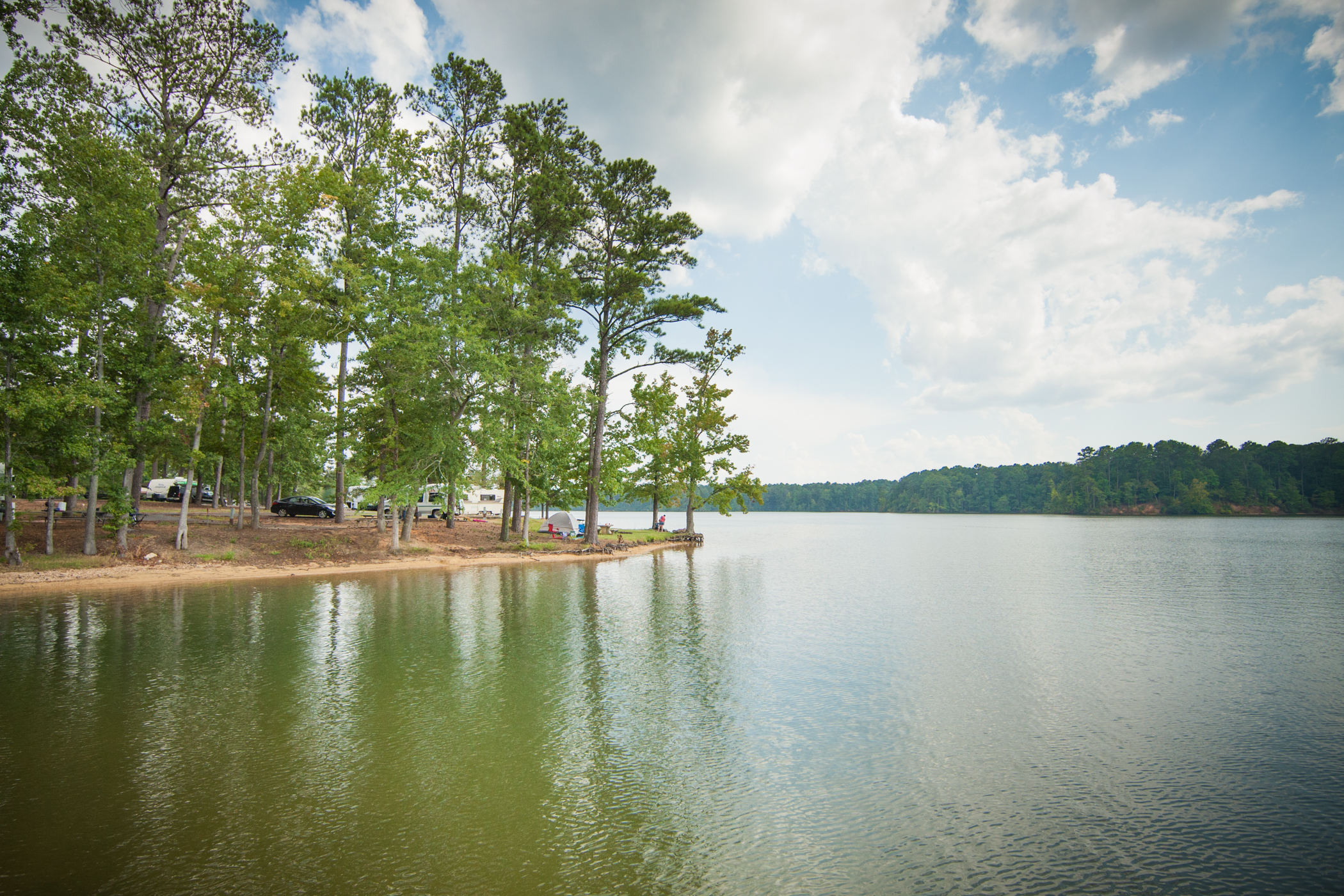 On the banks of Lake Martin, Wind Creek State Park has a huge campground but very few cabins. (Photo courtesy of Billy Pope)

Governor Ivey asks for a ‘Yes’ on State Parks Amendment

Posted By: Hannah Caveron: May 12, 2022In: Lifestyle, Outdoors
Print Email

Alabama boasts some of the most beautiful and highest-rated state parks in the nation. To maintain that beauty and integrity, a funding mechanism will be on the May 24 ballot. 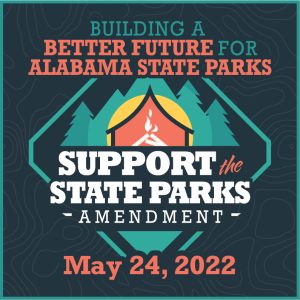 The State Parks Amendment is the only amendment on the May 24 ballot. (Photo courtesy of Billy Pope)

The State Parks Amendment is the only amendment on the May ballot.

If approved by voters, the State Parks Amendment will authorize the issuance and sale of general obligation bonds of the State of Alabama of up to $85 million. The amendment proposes that $80 million be used to improve, renovate, equip, acquire, provide, construct and maintain state parks under the Alabama Department of Conservation and Natural Resources (ADCNR). The Alabama Historical Commission will receive up to $5 million to do the same for public historical sites and public historical parks.

“It’s just real important that we all vote ‘Yes’ on that amendment on the ballot,” Alabama Governor Kay Ivey said recently. “We have so much natural beauty here, and it’s important that we offer our citizens and tourists the great opportunities to experience and enjoy them. With your support of the State Parks bond issue on May 24, we will soon have ribbon-cuttings on several renovated campgrounds, cabins and improved day-use areas in our 21 State Parks.”

“Some of the CCC (Civilian Conservation Corps) cabins go back to the late ’30s and early ’40s,” Lein said. “And we have a lot of outdated campgrounds. We’ve tried to do what we could with our available funding, like the renovation of the campground at Joe Wheeler that got hit by the tornado in December 2019. We ended up doing part of it. We still have a portion of that campground that needs to be renovated. But a prime example of a park in need of updating is Wind Creek State Park, which has a very large campground. None of the original sites have 50-amp service. That is true in several of our parks. Improving campsites so modern RVs can use them is a big deal to us.”

Conservation Commissioner Chris Blankenship made that point during the recent celebration of the addition of the Belcher Tract to Oak Mountain State Park.

“Alabama is blessed with great State Parks,” Commissioner Blankenship said. “We have 21 beautiful parks around the state. Some of them were started in the 1930s and have been built during the last 83 years. Some of our campgrounds look like they were built 83 years ago. All kidding aside, when those campgrounds were built, camping was a pop-up camper, a tent, or a really small motorhome. That is what they were built to accommodate. 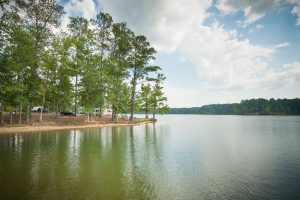 On the banks of Lake Martin, Wind Creek State Park has a huge campground but very few cabins. (Photo courtesy of Billy Pope)

“That is not where we are today when you look at what Tiffin is building in Red Bay, luxury motorhomes with three air conditioners. People are living in their RVs, traveling around the country. We are working as a parks system to get into the 21st century, as well as adding some cabins and other amenities to help make our State Parks first-class and very sustainable.”

Commissioner Blankenship pointed out that during the past couple of years, the number of park visitors increased from an average of 5 million to approximately 6.2 million visitors.

“Outdoor activity was recognized as an ‘essential activity’ during COVID-19, and our State Parks remained open and operational during the pandemic,” he said. “I know many of you enjoy the State Parks on a regular basis. I hope the rest of you will give them a try soon.

“I describe our State Parks as gems. That is truly how I feel about them, although some of those gems need a little polishing to bring out their full sparkle and majesty.”

While Lein said upgrades to the electrical systems in the campgrounds is a big component of the planned renovations, other items need attention as well.

“Some of the work involves issues not visible to the public.  Some parks require the installation of new water lines, while others require sewer improvements,” Lein said. “A lot of the funding gets spent on the pad itself. We will be redoing the pads that the RVs are actually sitting on, getting them level, creating new pad borders as well as paving the campground roads that access those sites.”

Lein further noted that modern campers want to maintain connectivity, even as they enjoy getting away from the hustle and bustle.

“Wi-Fi is another component,” he said. “While we’re doing this, we want to add that modern convenience to make the new product even more attractive to the people who are looking for great campgrounds.”

New cabins at several parks would be an additional attraction. 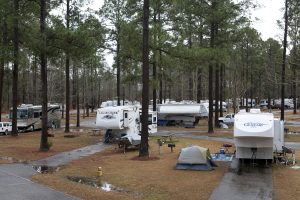 To accommodate modern motorhomes and camping equipment, many sites will be upgraded to 50-amp electrical service. (Photo courtesy of Billy Pope)

“Some of the parks don’t even have cabins, or very few, Wind Creek for example,” Lein said. “They’ve got a couple of very small cabins. Having something new and modern, like the Cottages at Gulf State Park, at Wind Creek would be a huge improvement.”

Lein said the increased attendance at many Alabama State Parks has allowed the system to do some needed maintenance and add a few new features, but the State Parks Amendment would be a huge step forward in meeting the goal of providing a State Parks System for the future.

“We have made progress, but with limited funding we have not been able to update our parks as quickly as we would like,” he said. “To renovate a campground, like Joe Wheeler, requires saving money for two or three years to build enough money to undertake a project like that. The passage of the State Parks Amendment gives us the means to quickly make the improvements and renovations and provisions for new things so that the public more quickly gets to be out there enjoying their State Parks.

“The State Parks System understands that the better our amenities, the better the experience we can offer. We don’t want just good State Parks. We want an exceptional parks system for the people of Alabama.”

Commissioner Blankenship added, “Governor Ivey has said this is very important for our State Parks and our state moving forward. With your support for the bond on May 24, we can make Alabama State Parks truly spectacular and provide for the outdoor recreational needs for our state for decades to come.”