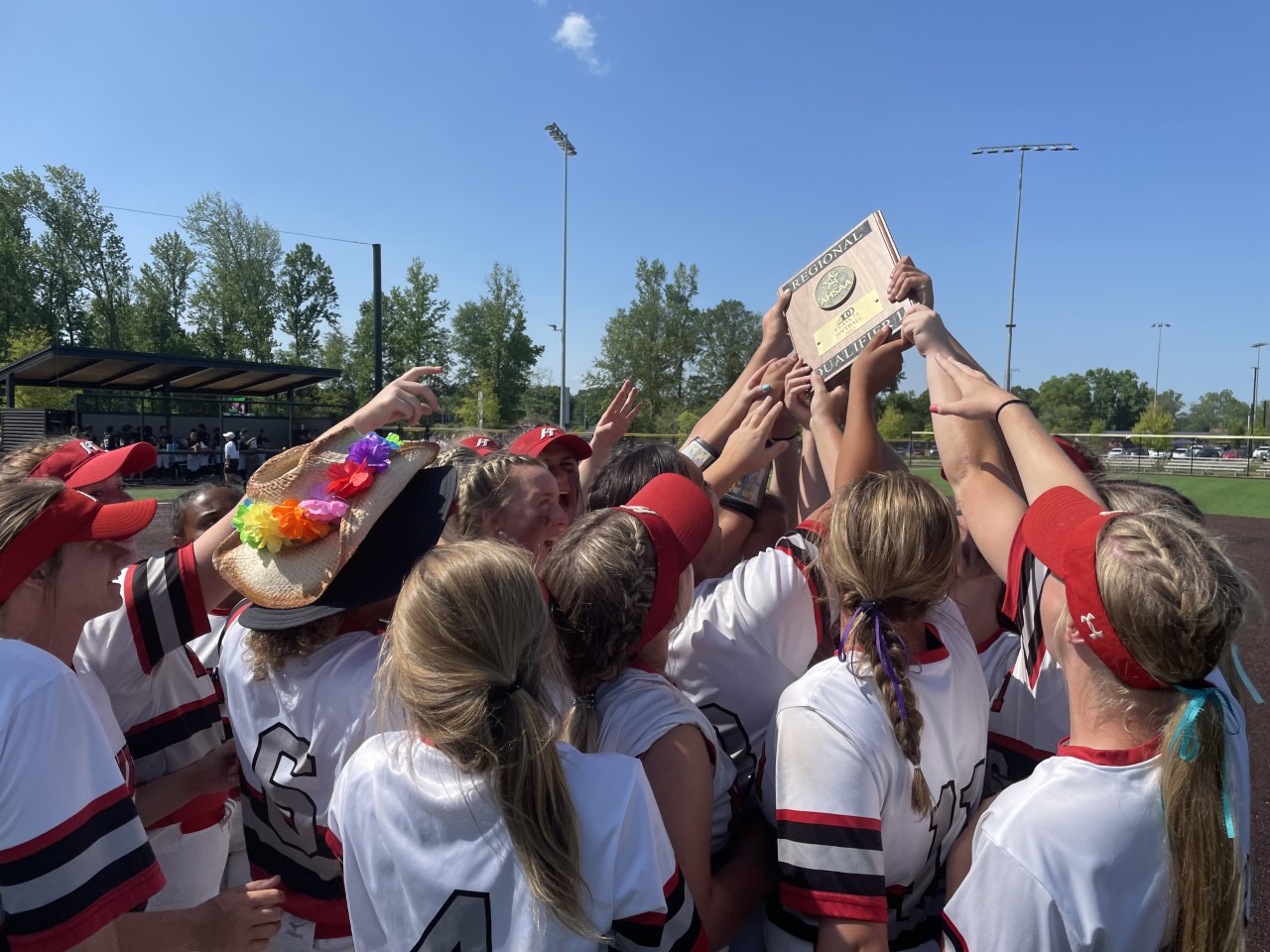 Hewitt-Trussville took a 6-2 victory over Spain Park on Thursday, May 12, to claim the top qualifier spot in the East Regional tournament. (Photo by Bobby Mathews)

ALBERTVILLE — After three one-run victories in the regular season against 7A Area 6 foe Spain Park, Hewitt-Trussville softball left no doubt on Thursday, May 12, with a 6-2 whipping to claim the 7A East Regional Qualifier 1 spot. 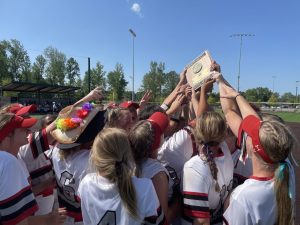 Hewitt-Trussville took a 6-2 victory over Spain Park on Thursday, May 12, to claim the top qualifier spot in the East Regional tournament. (Photo by Bobby Mathews)

The Huskies got on the board in the first when Riley Rudick reached on an error that scored Hannah Dorsett to take a 1-0 lead.

Dorsett bunted aboard to start the bottom of the third, and then Kenleigh Cahalan walked. Rudick walked as well, and then Riley Tyree singled back up the middle to score Dorsett and Cahalan and make it 3-0 Huskies.

Rudick then scored on an error to make it 4-0.

“We had a really good week of practice,” Hewitt-Trussville head coach Taylor Burt said. “They worked really hard in practice and came in with a great mindset. Came out a little slow in the first game, but picked it up late and carried that over to the second game. They took care of business, and I’m really proud of them.”

This is the Huskies’ fourth straight victory over Spain Park this season and easily its most dominant.

Hewitt added a little more insurance in the fourth when Emily Onofry scored from second after Cahalan singled on a fly ball to center field to make it 5-0. In the sixth, the Huskies plated one more when Rudick drove in Maddie Wallace.

“She’s just level headed,” Burt said of Rudick. “She’s got a good head on her shoulders and doesn’t get overwhelmed by the moment. She stays confident in her abilities to perform and that translates on the field.”

It was a good day overall for Rudick, a senior outfielder. Against Spain Park, she was officially 0-for-2 with a walk, but she drove in a run and scored. During the Huskies’ 8-0 victory over Huntsville to start the tournament, she went 2-for-4 with 3 RBI and scored.

“I was really struggling last week,” Rudick said following the win against Spain Park. “So this week I took a lot of swings and really focused on my form and got in the right state of mind to prepare myself for this tournament.”

Sara Phillips pitched five innings of no-hit ball, striking out five and walking two. Kate Hicks came on in relief to finish the game, pitching two innings and allowing two runs on three hits before ending the game with a pair of strikeouts.

“I think the big thing is that they’ve already seen us a bunch,” Phillips said, “so we knew what they had. We just had to trust the game plan, get ahead in the counts and trust the defense behind me.”

Against Huntsville, the Huskies finished strong over the last two innings to beat the Panthers.

Hewitt went up 1-0 in the first after Dorsett reached on an error and advanced to second. Rudick singled her home.

In the fifth, the Huskies scored again when Rudick doubled to center and scored Olivia Faggard. Tyree singled to drive in Rudick, Phillips walked home after the third straight walk from Huntsville to make it 5-0. Overall, Hewitt-Trussville sent 10 batters to the plate in the bottom of the fifth.

Hewitt scored three in the bottom of the sixth when Cahalan singled to score Dorsett. Faggard bunted and reached on a throwing error. Rudick then drove Cahalan home on a fielder’s choice when Faggard was thrown out at second. Ana Henson came up big with a double to score Tyree to cap the Huskies’ scoring.