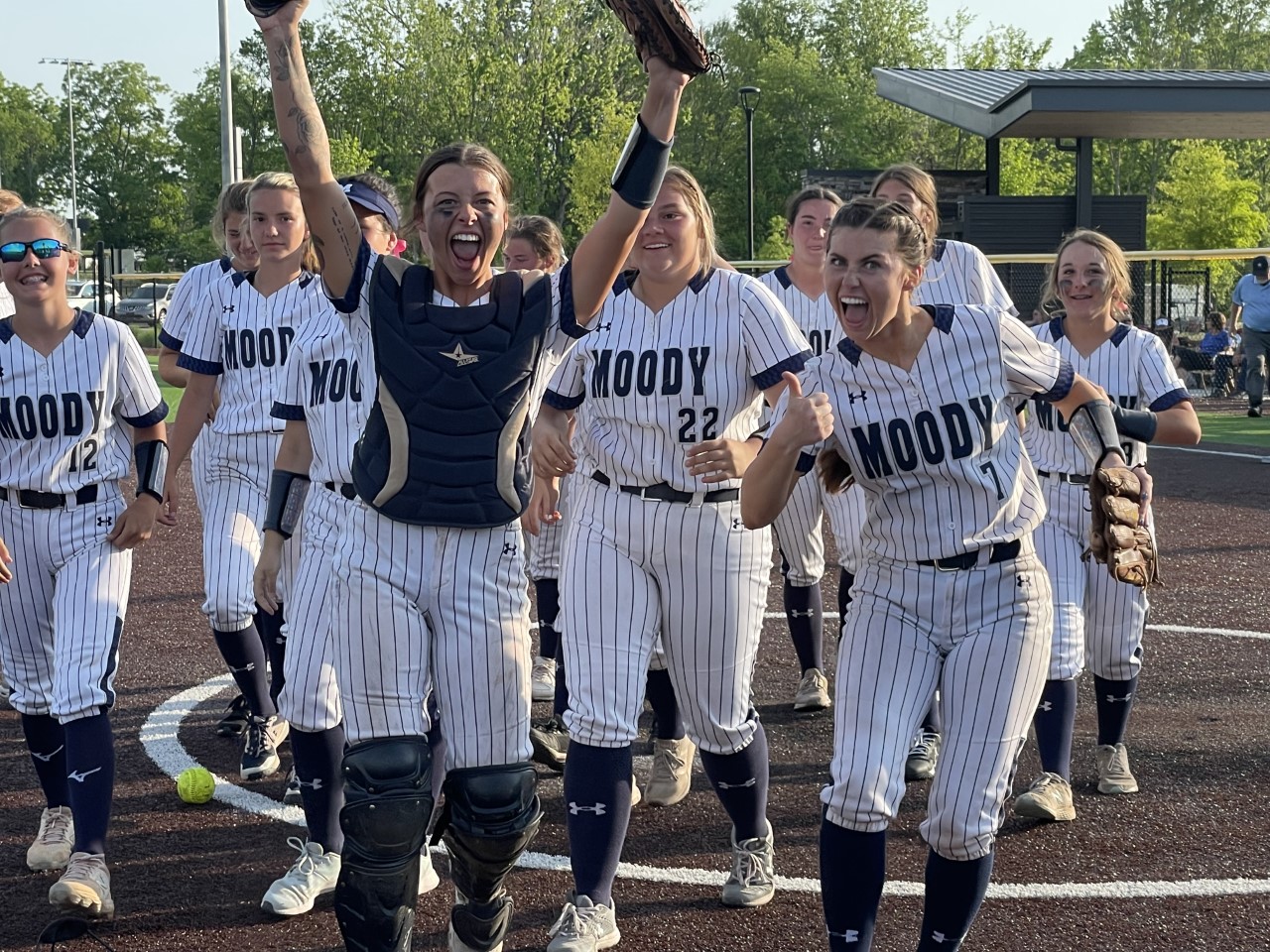 Moody beats Sardis to qualify for 5A state tournament

ALBERTVILLE — Moody defeated Sardis to claim the second 5A qualifier spot in the AHSAA East Regional softball tournament here on May 12, beating the Lions 12-1. 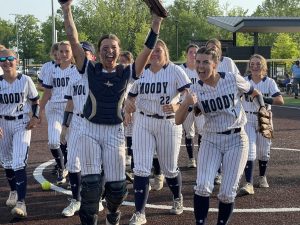 The Blue Devils used a 7-run sixth inning to put Sardis away. With two out and two on, Maddie Barfield reached on an error, and then Hollie Graham walked in Riley Mitchell to make it 6-1. From there, McKenzie Phillips reached base and scored Trimm to make it 7-1. Faith Myers then singled to left and scored Barfield and Abi Gray — in as a courtesy runner for Graham — to make it 9-1.

Last season, Moody had to fight its way through the loser’s bracket and was eliminated by Sardis in regionals, so this game was a bit of payback for the Blue Devils.

Lacey Nichols reached on a walk and then Mitchell reached on an error to score Phillips and Myers. Taylor Rogers, who had come up big with an inside-the-park two-run homer in the first inning, came up with another clutch hit on an infield single to score Nichols to make it 12-1.

From there, Graham induced fly balls in the bottom of the sixth — including an improbable sliding catch by shortstop Emma Kile — to end it.

“I think we all have a good bond with each other,” Kile said after the win. “We don’t get tired of each other. I think a lot of teams at this point in the season maybe have a little attitude towards one another, but we always come back together as a team.”

Riley Hodges pitched one inning and is credited with the win. She allowed one run and walked three. Graham came on in relief and went five innings, allowing no runs while striking out one and walking three.

“I just wanted to go in and work even harder for our team,” Graham said. “This year it was different coming in the other role because last year I started the game (against Sardis) and I was pulled and another pitcher came in. So to do what I needed to do to for our team feels really good.”

In their first game of the day, the Blue Devils fell to Alexandria in the Qualifier 1 finals, 3-0. The Blue Devils did themselves no favors with three errors.

Kile went 1-for-3, while Barfield was 1-for-1 in a game where the Cubs limited the Blue Devils to two hits over the course of seven innings. Graham pitched a complete game, allowing three runs on two hits, striking out one and walking one.