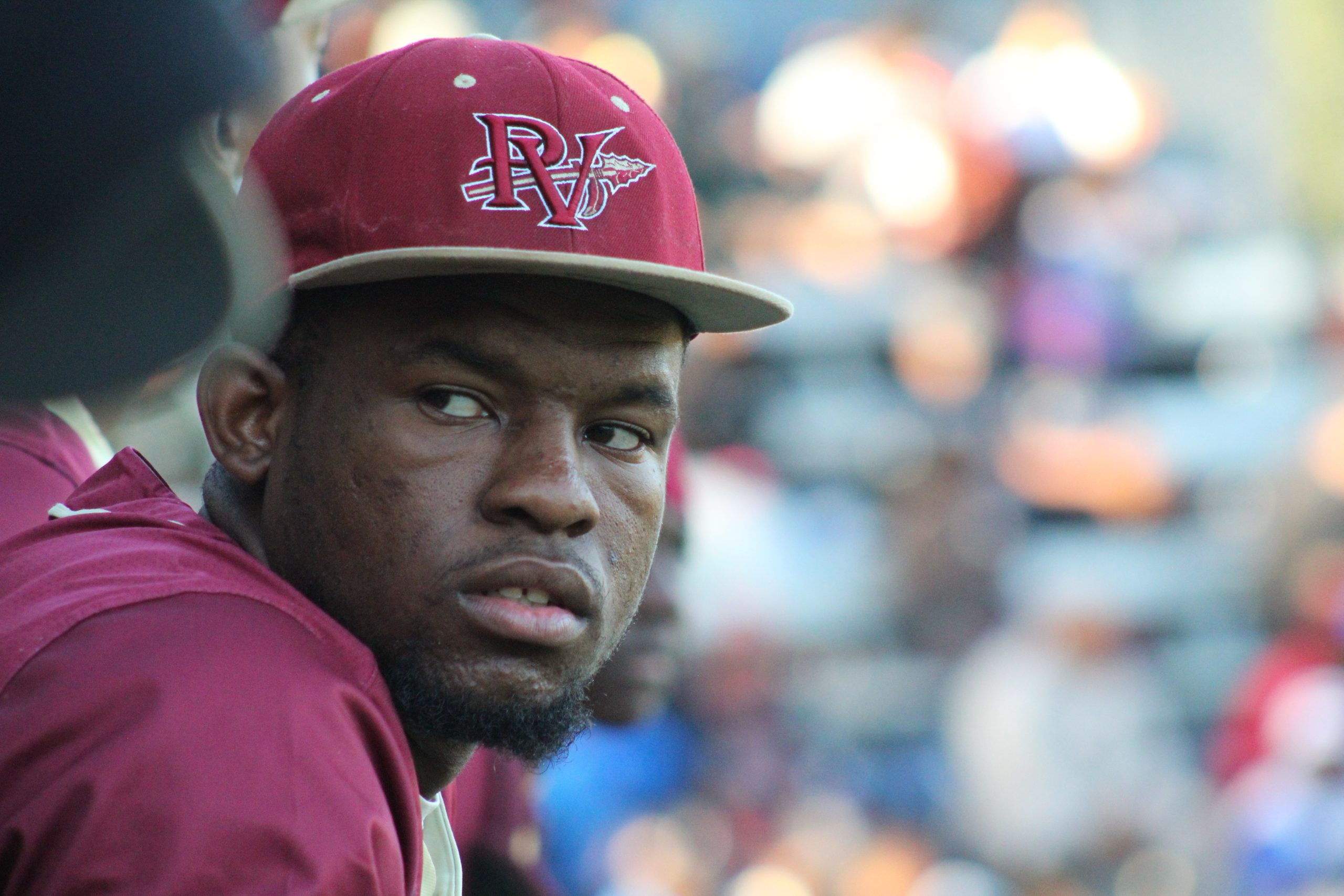 PINSON — Just about the only thing Isaiah Sims didn’t do for the 2022 Pinson Valley baseball team was run the concession stand. 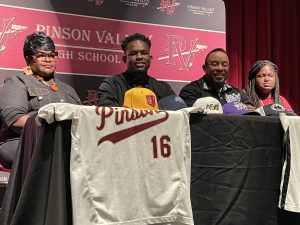 Pinson Valley’s Isaiah Sims is surrounded by family as he signs to play baseball with Savannah State. (Photo by Bobby Mathews)

He probably could have done that, too.

Sims, who played every infield position at some point in the 2022 season — including pitcher — while batting .392 for the year, has signed with Savannah State to play college baseball.

“The coach at Savanna State told me that I’m going to make an impact as a freshman, and I always wanted that,” Sims said after his signing ceremony in the Pinson Valley auditorium. “Ever since they started talking to me, they always said that they wanted me to be there. And it feels like home away from home. It’s not too far of a drive, but I feel like my family is going to love it there. I It’s not just for me, it’s for my family.”

While Pinson Valley didn’t have the kind of season they had hoped for in 2022, the Indians still had a measure of success, including when they took 2 of 3 from arch-rival Clay-Chalkville, including splitting a doubleheader on the Cougars’ senior night. But even enduring a challenging season, Sims always seemed to be having a blast on the field.

“My mindset is that it’s always fun,” Sims said. “If it’s not fun, what’s the point? If you always have fun, then good things are going to come with it. You’re always going to have bad times when you play, but if you’re having fun there ain’t nothing bad about it.”

Sims, a two-sport star for the Indians — he also played basketball at Pinson Valley — won’t be on the hardwood for Savannah State.

But Sims’ impact and legacy will be hard to replace for Pinson Valley, as head basketball coach Darrell Barber said during Sims’ signing ceremony.

“When I talk about him, I get a little emotional,” Barber said. “I’ve been in education for 23 years, been coaching for 23 years in various schools and various neighborhoods, and I can say without a shadow of a doubt that this is the best player, the best student, student-athlete that I have ever encountered in my 23 years. His parents, his background, speaks volumes. Never had a bad moment with him. He never talked back to me.”

Barber had to talk Sims back onto the court to play the 2021-22 season.

“Initially he wasn’t going to play basketball his senior year,” Barber said. “After the way his junior year ended, he told his parents “I’m going back to show those guys how to lead.”

He did just that, helping guide the Indians to a Sweet 16 berth in the 6A state tournament. It was a difficult season for Sims, as he broke a bone in his foot during a home game and missed several weeks. However, he was on the bench and with his team every night, effectively acting as another coach on the sidelines even as he rehabbed his injury in order to come back two weeks earlier than expected.

That, Barber said, is indicative of the kind of person Sims is.

Savannah State is a HBCU and the oldest historically Black public university in the state of Georgia.