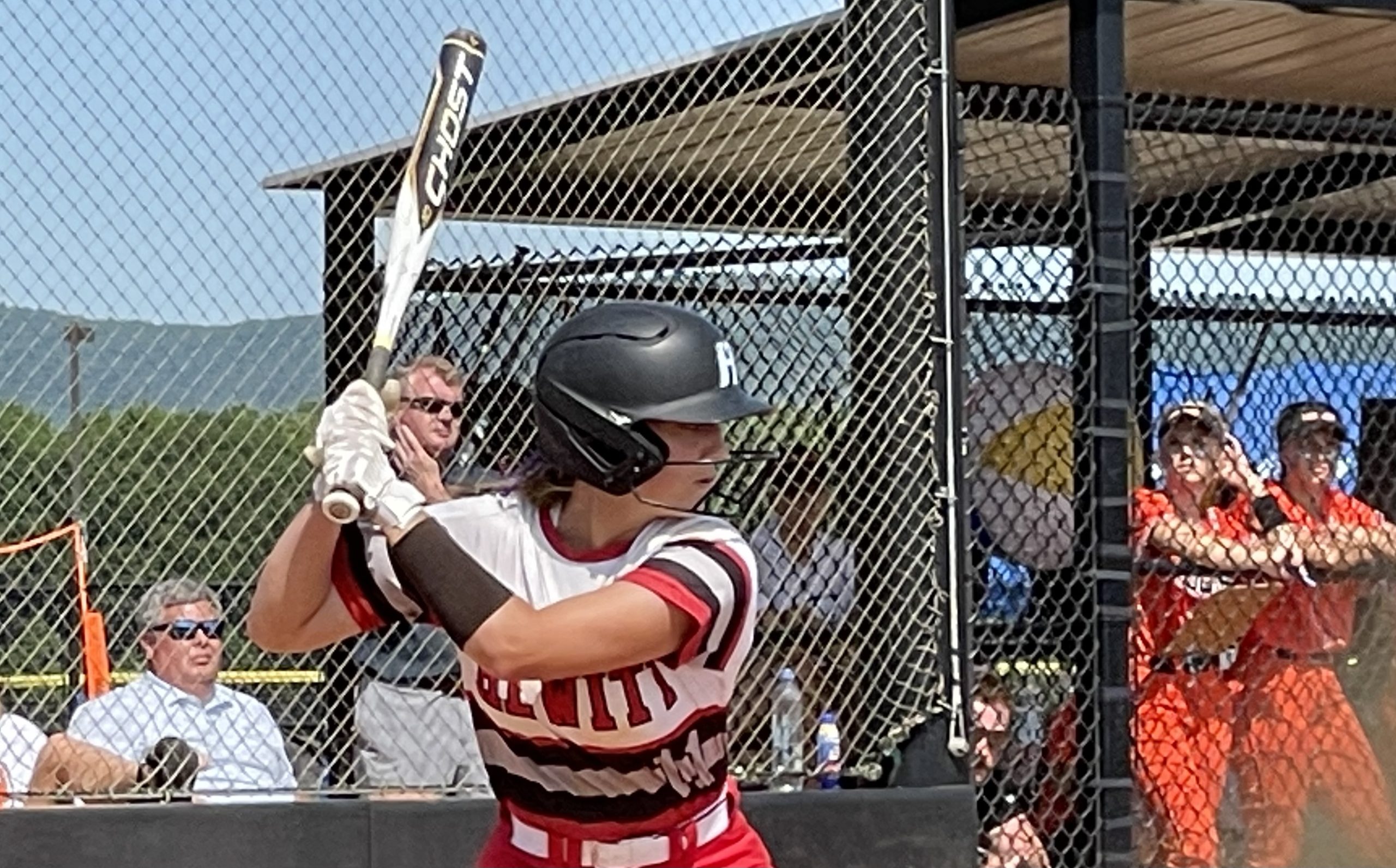 Olivia Faggard went 3-for-3 as the Huskies crushed Hoover 11-1 in the first round of the AHSAA 7A state softball tournament. (Photo by Bobby Mathews)

OXFORD — The Huskies put the bite on Hoover, pasting the Bucs 11-1 to move into the second round of the winner’s bracket in the AHSAA 7A softball tournament. 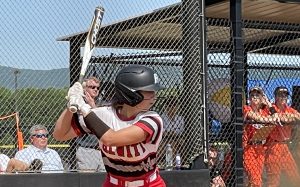 Olivia Faggard went 3-for-3 as the Huskies crushed Hoover 11-1 in the first round of the AHSAA 7A state softball tournament. (Photo by Bobby Mathews)

Rubie Simon drove in the final runs for Hewitt-Trussville with a double in the bottom of the fourth to score Olivia Faggard and Maddie Wallace, and Huskies’ pitcher Sarah Hindman allowed only one hit in the top of the fifth to close it out.

Hindman pitched all five innings, allowing one run on five hits and striking out one.

Hewitt-Trussville got the scoring started in the bottom of the first when Riley Rudick drove in Hannah Dorsett on a sacrifice fly. From there, Riley Tyree singled to drive in Kenleigh Cahalan; and Ana Henson hit a line drive to right to score Ryleigh Wood, who was running for Tyree.

After Hoover scored in the top of the second, the Huskies responded with a run of their own when Dorsett scored again — this time on a Sara Phillips single — to make it 4-1.

Olivia Stults singled to score Faggard with two outs in the bottom of the third. Dorsett stroked a grounder to reach on an error and Cahalan doubled to center field to score Simon — running for Stults — and Dorsett. Suddenly it was 8-1, and the Huskies weren’t done yet.

Phillips stepped in wit a single to right field that allowed Cahalan to score for the 9-1 lead. Hewitt’s defense kept the Bucs scoreless in the top of the fourth, setting up Simon’s heroics in the bottom of the inning.