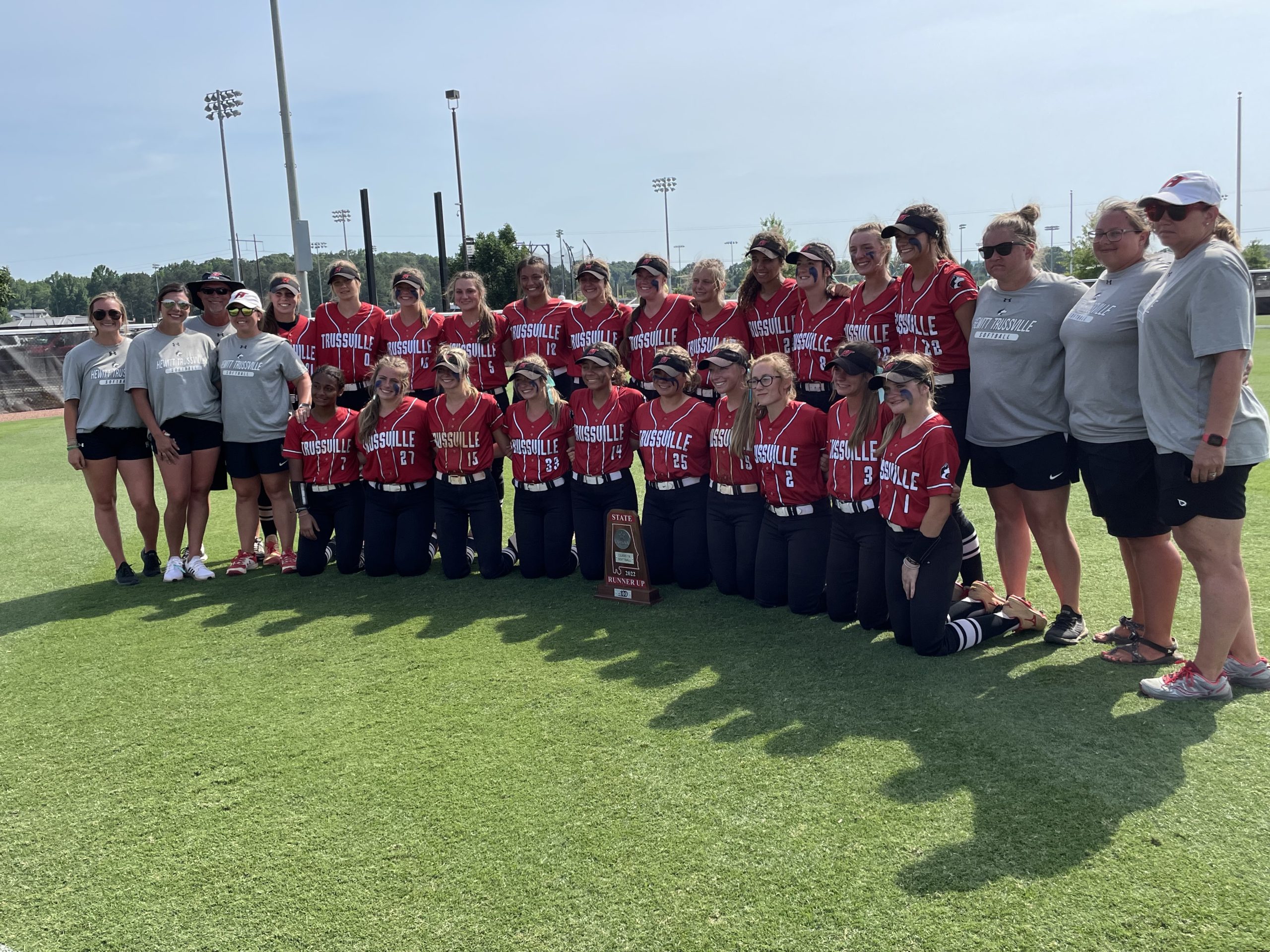 OXFORD — Hewitt-Trussville made it to the Huskies’ third straight AHSAA 7A softball championship game, but fell a little short in a 2-0 loss to Thompson on Thursday, May 19. 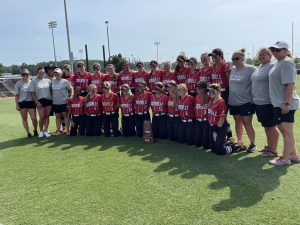 The Huskies couldn’t get their bats going, with only five baserunners for the entire game. Chalea Clemmons threw a complete game, striking out four and walking three.

“I just told them I was proud of them,” Hewitt-Trussville head coach Taylor Burt said afterward. “You lose as much talent as we had last year, and you have as much inexperience as we had this year … they never played like it, though. It’s been a long time since I had to give a speech like that. You don’t ever really know what to say, but I really am proud of them … these seniors were just eighth graders when I got here, and they really bought into everything we were trying to sell. I’m extremely proud of their fight and their grit.”

Sophomore third baseman Olivia Faggard broke up a no-hit bid by Clemmons with a single in the top of the fourth inning. Kenleigh Cahalan collected the Huskies’ only other hit, a single in the top of the fifth. The fifth inning was the Huskies’ best chance to score, as they had Rubie Simon at third and Cahalan at first with two outs, but a fly ball ended the inning with no damage from Hewitt-Trussville.

Still, reaching the state championship game for the third year in a row was a huge accomplishment for a team that lost eight seniors from a state title team in 2021. For much of the 2022 season, this version of the Huskies has been second-guessed by opponents, media, and others who were ready to see the state’s premiere softball program take a step back.

Instead, the Huskies — even though the looked vulnerable sometimes during the season — found themselves in the finals at Oxford again.

“It sucks but like I told the girls after the game, we lost eight seniors last year,” junior second baseman Hannah Dorsett said. “Nobody even thought we would make it out of area. I’m just really proud of this team for making it to the state championship game. I wish it was the other way around, though.”

Hewitt-Trussville reached the championship game by beating Hoover for the second time in two days, a 6-3 victory in the 10:45 a.m. game.

Against Hoover, Hewitt-Trussville went up 2-1 in the second and had to battle back after falling behind 3-2 in the third inning. In the fourth inning, Phillips hit a deep ball to left field that ended up a triple, clearing the loaded bases in front of her. Riley Rudick then singled to bring Phillips in.

That made it 6-3, and Hoover couldn’t match the Huskies’ bats.

“I am so proud of this team,” Riley Tyree said after the championship game. “I think since the beginning everyone was counting us out. We lost so many people from last year that they didn’t think we were going to be good, but we came out here and showed we could do this. I know we fell short, but I really am so proud of this team.”

Tyree, Phillips and Dorsett were named to the 2022 Class 7A All-Tournament team following the conclusion of the game.