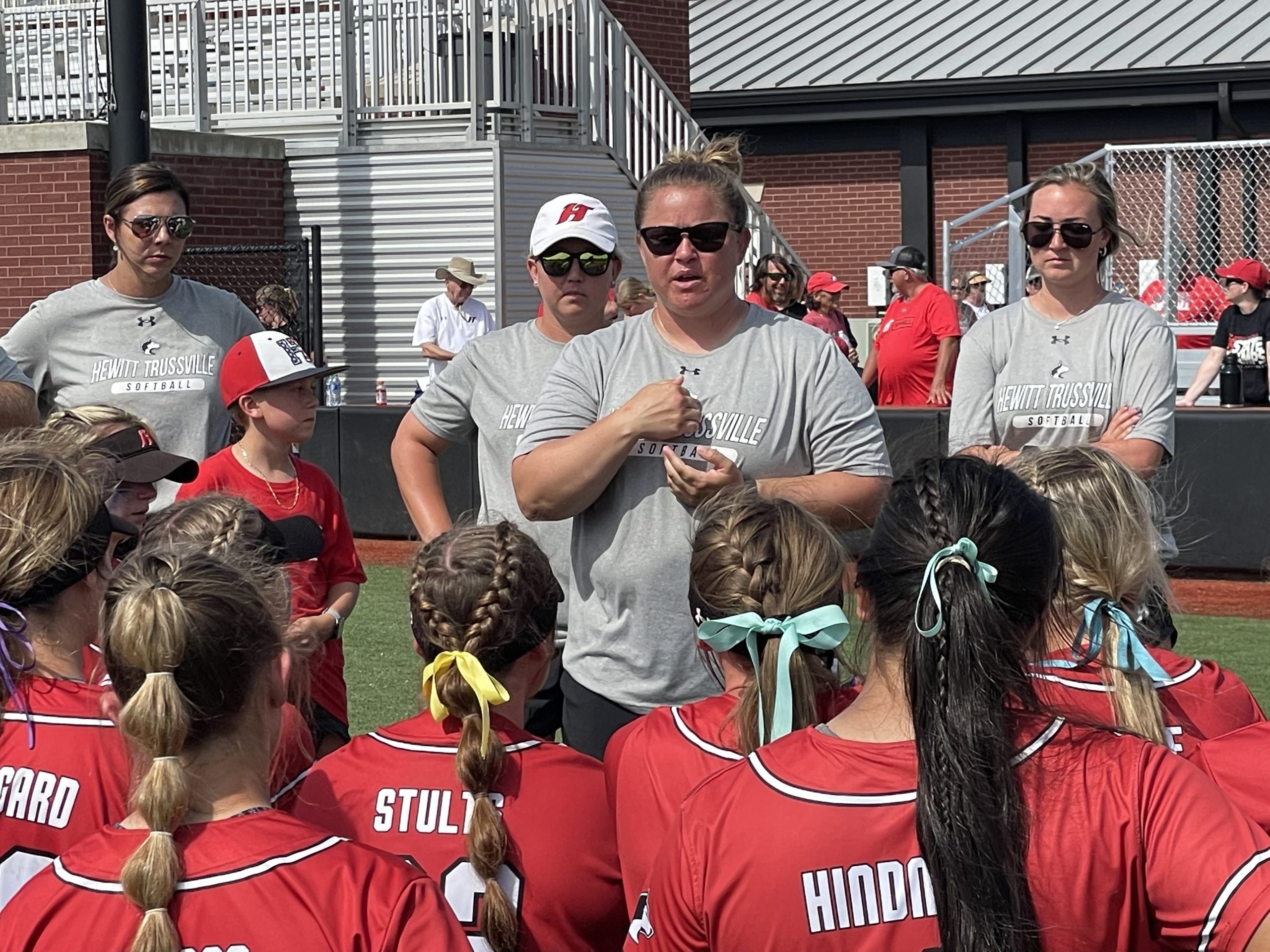 Hewitt-Trussville head coach Taylor Burt addresses her team moments after the Huskies finished the 2022 season as AHSAA 7A runners-up. (Photo by Bobby Mathews)

This is an opinion column.

The numbers are staggering. The seniors on this Hewitt-Trussville softball team are 150-27-4 since Taylor Burt became the Huskies’ head coach. 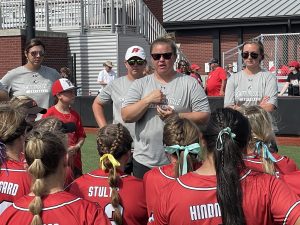 Hewitt-Trussville head coach Taylor Burt addresses her team moments after the Huskies finished the 2022 season as AHSAA 7A runners-up. (Photo by Bobby Mathews)

The results: three maps, including two state championships and one runner-up trophy. A pair of 7A Area 6 titles, a pair of regional titles.

But the numbers don’t tell the whole story. They never do, really. Numbers tell you the results.

The story is the team  — all of it — from the seniors, starters, the role-players, to the bench players who stepped up when called upon. The story is the talent, the drive, and the toughness of this team.

The Huskies were one out away from beating Thompson in their first matchup in the winner’s bracket in the AHSAA’s 7A state tournament this weekend. If they’d been able to claim that last out, they would’ve been through to the championship game, and things might have looked very different.

First things first: I had the privilege of nominating three Huskies to the All-Tournament team.

Riley Tyree had the tournament of her life, coming up big at the plate time and time again over the course of two days, and playing lights out behind the plate.

Sara Phillips was strong in the circle despite taking a rare loss in the first Thompson game. But she came up huge against the odds-on favorite in the tournament, Fairhope, when she hit a walk-off single to beat the Pirates 5-3 when Hannah Dorsett and Kenleigh Cahalan scored on the hit.

Speaking of Dorsett: What a tough kid. Dorsett did her job in the Huskies’ first two games, getting on base and scoring. Then she got absolutely trucked in the first Thompson game covering first base on a bunt, and came back to play — and play well — against Hoover in the elimination bracket.

Dorsett isn’t unique in her toughness. I saw Emily Onofry work through an injury that would have sidelined many other kids. The work ethic, the grit-your-teeth-and-get-on-with-it resilience of this team to work through its challenges was inspiring to watch.

These young women heard all year about what they weren’t. They heard that they weren’t what the Huskies had been in the past, that they wouldn’t be able to match the success of the Hewitt-Trussville teams of the last two completed seasons.

They spent so much time hearing what they weren’t that I’m not sure we recognized them for what they truly are: This Huskies team was elite.

They proved it over the course of the season, and they proved it not only when things were going well. With their backs to the wall, Hewitt-Trussville didn’t give themselves much choice other than to mush forward.

Here’s what I think, though: This Huskies team didn’t have to be perfect. They forged their own identity as a powerhouse team that mowed down almost every team in their way. They played their tails off every night and laid their bodies on the line in pursuit of greatness.

I don’t know about you, but I’m as proud of this group of young women as I can be.

Bobby Mathews is sports editor at The Tribune. Reach him on Twitter: @bobbymathews or via email at bobby.mathews@trussvilletribune.com