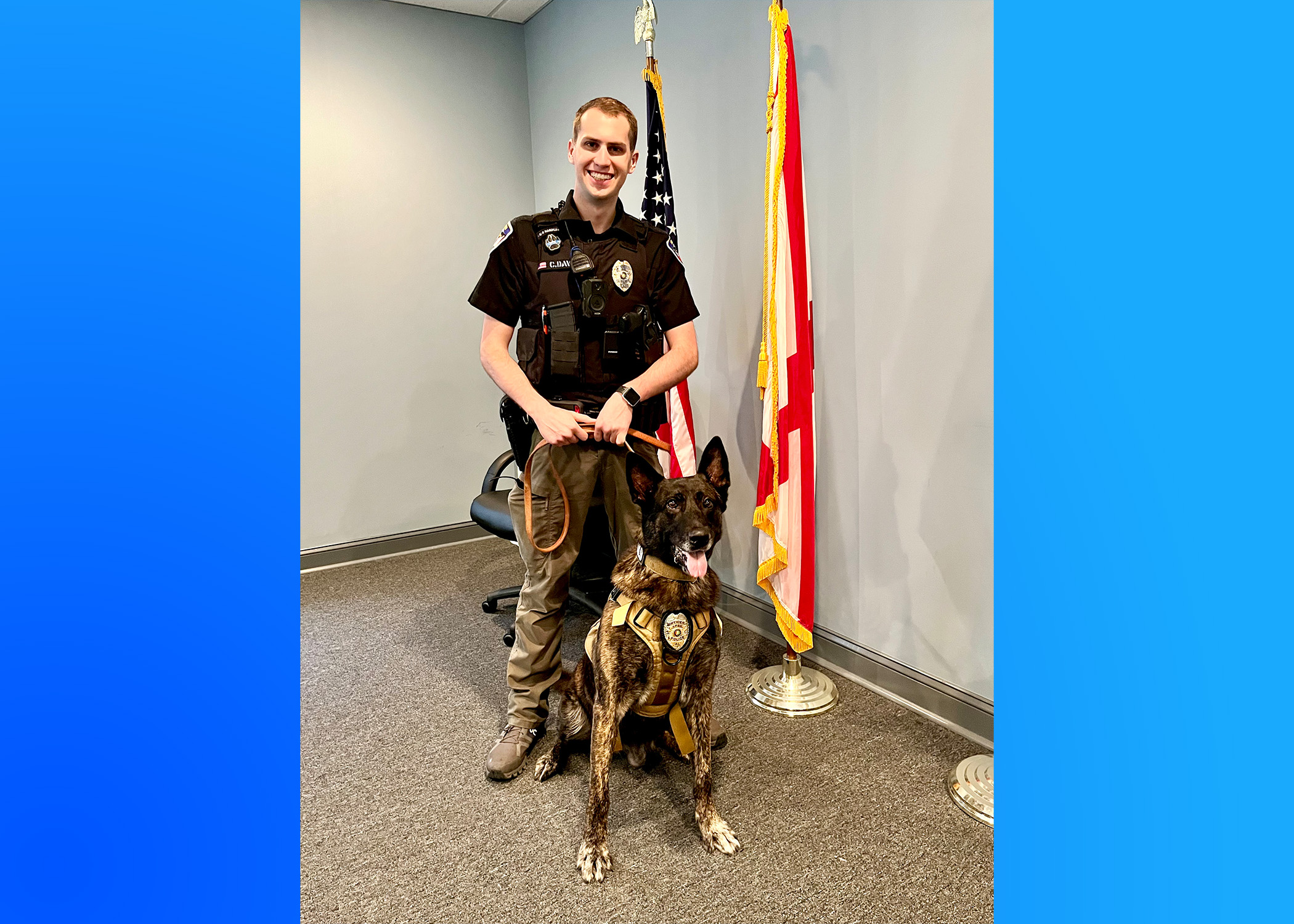 ARGO – K9 Officer Argo and his partner and handler Officer Cason Davis paid a special visit to the Argo City Council on Wednesday, May 25, 2022. 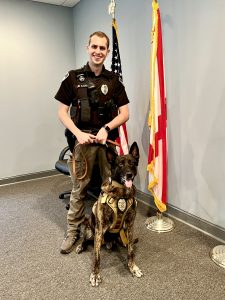 Davis first approached the council about the Argo Police Department bringing on the K9, who was coincidentally already named Argo, in August 2021. Davis requested approval from the council to get trained as Argo’s handler, and the pair returned to city hall Wednesday night to show the council what they had learned.

“Twenty-eight grams of methamphetamine is in a chair somewhere around this room,” Officer Davis told the council. “I’m just going to let him go and find it.”

It only took the three-year-old Dutch Shepherd about one minute to find the drugs hidden in the council chambers. Once the drugs were located, Argo was rewarded with a toy ball that Davis said he only gets after successfully finding drugs.

“He’s not like most pets that get a toy at home,” Davis said. “He only gets rewarded for a job well done.”

Mike King, with the Argo Community Food Bank, also addressed the city council Wednesday night, to request that one of the unused offices at city hall be converted into a walk-in freezer for the food bank.

“The food bank has been doing really good; we’ve really been blessed over the last year,” King said. “We really need more freezer space, so what we would like y’all to do is consider donating one of these offices for us to turn into a walk-in freezer.”

King said that the food bank will cover the costs of converting the office into a freezer. The only thing they need from the city is approval to use the room.

Additionally, he said it’s not a matter of the food bank having more food than they can give away, but a matter of needing someplace to store meats and perishable items until they can be given out. Mayor Betty Bradley also informed the council that Aldi’s, Publix and Walmart all contribute donations to the food bank.

The council discussed several options of how to legally donate the room to the food bank, such as entering into a license agreement or declaring the room as surplus property. Ultimately, the council passed a motion to table the matter until they could get the proper paperwork from the city attorney.

In other business, the council approved Ordinance 2022-05-25, stating that the city of Argo will participate in the 2022 Back to School Tax Free Weekend, which will take place July 15-17.

The next regular meeting of the Argo City Council will be Monday, June 13, 2022, at the Argo Municipal Complex. The meeting will begin immediately following a 5 p.m. work session.