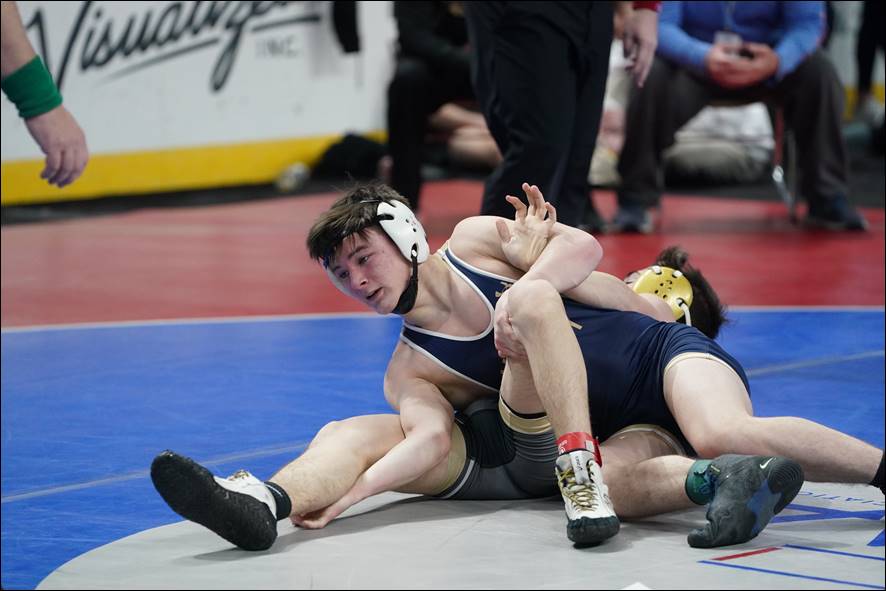 STILLWATER, Oklahoma — The National Wrestling Hall of Fame on Wednesday announced the state and regional winners of the Dave Schultz High School Excellence Award (DSHSEA), and Moody’s Cory Land added yet another accolade to a stellar high school wrestling career. 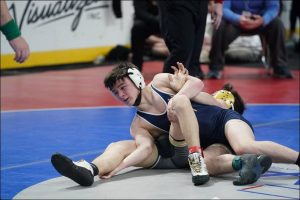 Land won the Southeast Region award. Land is a four-time Alabama state high school champion for Moody High School. The son of Eric Land and Kaylea Williams, he was also an Alabama state champion as an eighth grader and finished his high school career with a perfect 203-0 career record. Land was named Outstanding Wrestler at the state tournament as a junior and holds the school record for single-season and career records for wins and pins. He is the first wrestler from Alabama to compete in the Cadet Greco-Roman World Championships, finishing fifth in 2019 and capturing a silver medal in 2021. He was a Moody High School Bryant-Jordan Achievement Award nominee and received the Ironclad Wrestling Organization Coaches Award. Land read to elementary school students on Read Across America Day and volunteered at the elementary school’s Thanksgiving Feast and at October Fest. A Beta Club officer and member of the Moody High School Student Leadership Team, he was co-editor of the Moody High School yearbook and served as an ambassador at the Moody Middle School groundbreaking. Land has a GPA of 3.86 and has signed a letter of intent to wrestle at the University of Northern Iowa.

The DSHSEA recognizes and celebrates the nation’s most outstanding high school senior male wrestlers for their excellence in wrestling, scholastic achievement, citizenship, and community service.

The Hall of Fame announced the state and regional winners of the Tricia Saunders High School Excellence Award (TSHSEA) on Tuesday. The TSHSEA recognizes and celebrates the nation’s most outstanding high school senior female wrestlers for their excellence in wrestling, scholastic achievement, citizenship, and community service.

“We are excited to recognize another worthy group of young men as recipients of our Dave Schultz High School Excellence Award,” said Hall of Fame Executive Director Lee Roy Smith. “This group of student-athletes represents the qualities necessary for success in sports, academics and life and we look forward to seeing what they accomplish.”

The state winners are evaluated and selected on the basis of three criteria: success and standout performances and sportsmanship in wrestling; review of GPA and class rank, academic honors and distinctions; and participation in activities that demonstrate commitment to character and community.

The Hall of Fame accepts nominations for its high school excellence awards from state chapters and coaches. The nominations are reviewed by a committee, which selects state and regional winners. The committee then determines the national winners from the regional winners.National winners of the DSHSEA award have combined to win 19 NCAA Division I individual titles led by four-time champion Logan Stieber (2010), three-time winner Zain Retherford (2013) and two-time winners Steven Mocco (2001), David Taylor (2009), Teyon Ware (2002) and Zahid Valencia (2015).

Central Region: Zach Blankenship of Mounds, Oklahoma, is a three-time Oklahoma state high school champion for Bixby High School. The son of Dennis and Povi Blankenship, he had a career prep record of 120-5 and did not compete in the state tournament as a sophomore because of injury. Blankenship was named Outstanding Wrestler at the 2021 state tournament and was a finalist for the Tulsa World Wrestler of the Year in 2021-22. He was a three-time Bobby Lyons Invitational champion and a Geary champion while also receiving the Hatley/Constantine Award, presented to the wrestler who best embodies the core values of the Bixby wrestling program. Blankenship was a football team captain and helped Bixby capture four Oklahoma state high school championships while receiving the Kevin Riddle Award, presented to the player who best embodies the core values of discipline, integrity, selflessness and consistency. He was senior class president and homecoming king while also being a member of leadership council and in the Top 10 percent of his class. Blankenship ranked first in his class with a GPA of 4.72 and was a member of two academic state championship teams and a four-time academic all-conference honoree. He has signed a letter of intent to wrestle for Oklahoma State University.

Midwest Region: Ryan Boersma of Tinley Park, Illinois, is a two-time Illinois state high school champion for Mt. Carmel High School. The son of Jason and Elizabeth Boersma, he was a champion in Greco-Roman and finished third in freestyle at Junior Nationals in 2021 and a UWW Cadet Double All-American in 2019. Boersma was a two-time Illinois freestyle and Greco-Roman champion and received the Tony Lawless Award as top wrestler in the Catholic League. A National Merit Scholarship recipient and National Honor Society member, he competed as a member of the Mt. Carmel math team and was a two-time regional champion and finished in the Top 20 in the state. Boersma was also all-conference and all-area in football and named Most Valuable Offensive Lineman. He volunteers as a youth coach for baseball and wrestling and for Muskies Inc., a Muskie rescue at Shabbona Lake. Boersma has a GPA of 4.23 and has signed a letter of intent to wrestle for the University of Missouri.

Northeast Region: Nicholas Feldman of Quarryville, Pennsylvania, is a three-time National Preps champion for Malvern Preparatory School. The son of Joshua and Connie Feldman, he placed fifth in the National Preps tournament as a freshman and had a career prep record of 136-17, including 38-0 as a senior and 18-0 as a junior. Feldman is a two-time FloWrestling Who’s Number One champion and a two-time champion and three-time place-winner at the Beast of the East tournament. He is a two-time champion, three-time finalist and four-time place-winner at the Powerade tournament and a two-time finalist at the Ironman tournament. Feldman is also a champion, two-time finalist and three-time place-winner at the Escape the Rock tournament. He volunteers as a coach and camp counselor for Beat The Streets Wrestling Lancaster and the Lancaster Alliance Wrestling Camp while also volunteering with Malvern Youth Wrestling. Feldman also served as orientation leader and tour guide for Malvern Preparatory School. An honors student all four years, he was the recipient of the Malvern Prep Athletic Director’s Merit Award in 2022. Feldman has a GPA of 4.1 and has signed a letter of intent to wrestle for Ohio State University.

West Region: James Rowley of Corvallis, Oregon is a four-time Oregon state high school champion for Crescent Valley High School. The son of Martin and Lana Rowley, he was named Outstanding Wrestler at the 2022 state tournament and was also a four-time district champion with a career prep record of 154-10. Rowley won a silver medal at the Cadet Freestyle World Championships and a bronze medal at the U15 Freestyle World Championships. He is a Reno Tournament of Champions winner and an Ironman, Doc B and Super 32 finalist. A Folkstyle Nationals champion and runner-up, Rowley was a multiple Oregon state champion in both Greco-Roman and Freestyle. He was also a producer for Crescent Valley Television, a student-run station that shares school and sports news as well as state and world news with Crescent Valley students each week. Rowley has a GPA of 3.25 and has signed a letter of intent to wrestle for the University of Wisconsin.