BIRMINGHAM — The indictment of a Birmingham lawyer with child exploitation offenses was unsealed on Thursday, June 2. 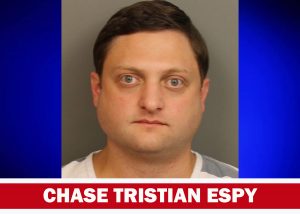 According to the United States Department of Justice, 36-year-old Chase Tristian Espy had a two-count indictment filed against him that charges him with attempted coercion and enticement of a minor and possession of child pornography arising out of events that occurred from March 2021 to August 2021.

He was employed for a short time by the governor as part of her legal staff. His title with the office was “Deputy General Counsel.”

Espy was a law clerk for Sen. Jeff Sessions for a short time in 2009 and was on the Senate Judiciary Committee Bankruptcy and the Court Subcommittee from 2011 to 2012. He was also an affiliate of Balch & Bingham LLP in Birmingham.

Homewood Police said the department’s Special Investigations Unit arrested Espy after an ongoing investigation but did not release further details.

“This operation is part of an ongoing effort by the Homewood Police Department to combat crimes involving the exploitation of children,” Homewood PD said in a press release on August 26, 2021.

The allegations against Mr. Espy are serious, tragic, and shocking. While he was employed by our office for only a few months, Mr. Espy has been terminated. As this is an ongoing investigation, no further information is available at this time.