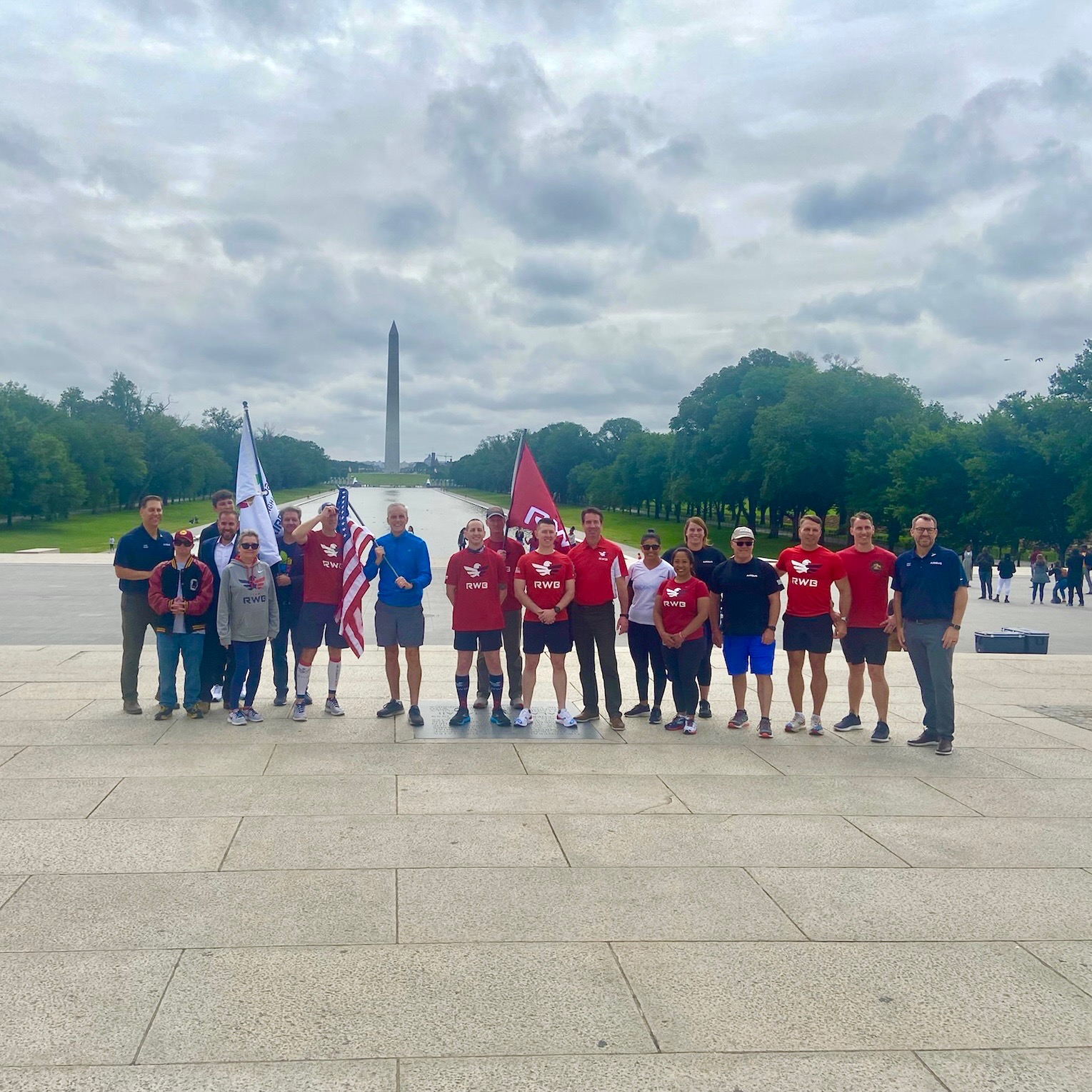 Veterans Affairs Secretary Denis McDonough, holding the American flag, gathers with veterans from Team RWB, Nick Sellers of The World Games 2022, and Daryl Taylor of Airbus on the National Mall in Washington to begin the Old Glory Relay to Birmingham. (Contributed photo)

WASHINGTON — An American flag that has flown over the U.S. Capitol began a 44-day journey across the country from Washington, D.C. to Birmingham, Alabama for “The Team RWB Old Glory Relay to The World Games 2022 presented by Airbus.” 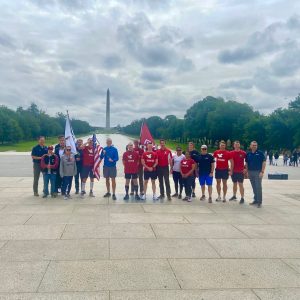 Veterans Affairs Secretary Denis McDonough, holding the American flag, gathers with veterans from Team RWB, Nick Sellers of The World Games 2022, and Daryl Taylor of Airbus on the National Mall in Washington to begin the Old Glory Relay to Birmingham. (Contributed photo)

The relay is an epic journey where thousands of America’s military veterans will each have their turn carrying the same American flag on a 3,100-mile route through 15 states to the Opening Ceremony of The World Games 2022 in Birmingham.

An expected 3,600 athletes from more than 100 countries will compete in exciting and emerging sports from July 7-17 at The World Games 2022, which is organized with the support of the International Olympic Committee and takes place every four years. This year marks the 11th edition of The World Games and the first that will be held in the U.S. since 1981.

“It’s going to be an incredible moment of national unity to watch veterans bring the American flag into the Opening Ceremony in front of a live, global audience as our country plays host to thousands of athletes and fans from every corner of the world,” said Nick Sellers, CEO of The World Games 2022. “We are thankful to our partner Airbus for making this possible and can’t wait to track the progress of Old Glory as our honored veterans take the flag on this epic journey.”

“Airbus is proud to be the presenting sponsor of the Old Glory Relay and to support this incredible effort that will connect veterans from across the country to an inspiring mission,” said Daryl Taylor, Vice President and General Manager of the Airbus U.S. Manufacturing Facility in Mobile, Alabama. “A significant portion of our workforce at Airbus served our nation in uniform, so we are especially honored to partner with The World Games 2022 to show our admiration and support for America’s veterans.”

Team Red, White & Blue (Team RWB) works to support veterans by helping them find lasting fulfillment through the creation of deep bonds with other veterans and civilian supporters.

“The Old Glory Relay is symbolic of our belief that veterans are our most resilient citizens,” said Mike Erwin, Team RWB Executive Director. “As we pass the American Flag from one supporter to the next over its 3,100-mile journey, we display consistent support that connects thousands of Americans.”

The opening ceremony of The World Games 2022, presented by Alabama Power, will be a colorful and entertaining celebration of sports featuring live musical performances, special effects and a parade of athletes from every competing nation.

Former U.S. Army Sergeant Noah Galloway, a Birmingham native who serves as an Honorary Co-Chair of The World Games 2022, and Birmingham Mayor Randall L. Woodfin will carry the U.S. flag and The World Games flag into the Opening Ceremony.

“This is a huge honor and I’m excited,” said Galloway. “It’s big for the country. It’s going to connect thousands of people and countless communities because Airbus and Team RWB are doing this. It’s building those connections. I think that’s what we need right now.”The World Games 2022 Birmingham is the new generation of global sport competition, welcoming elite athletes from all over the world to compete for gold in 34 unique, multi-disciplinary sports.