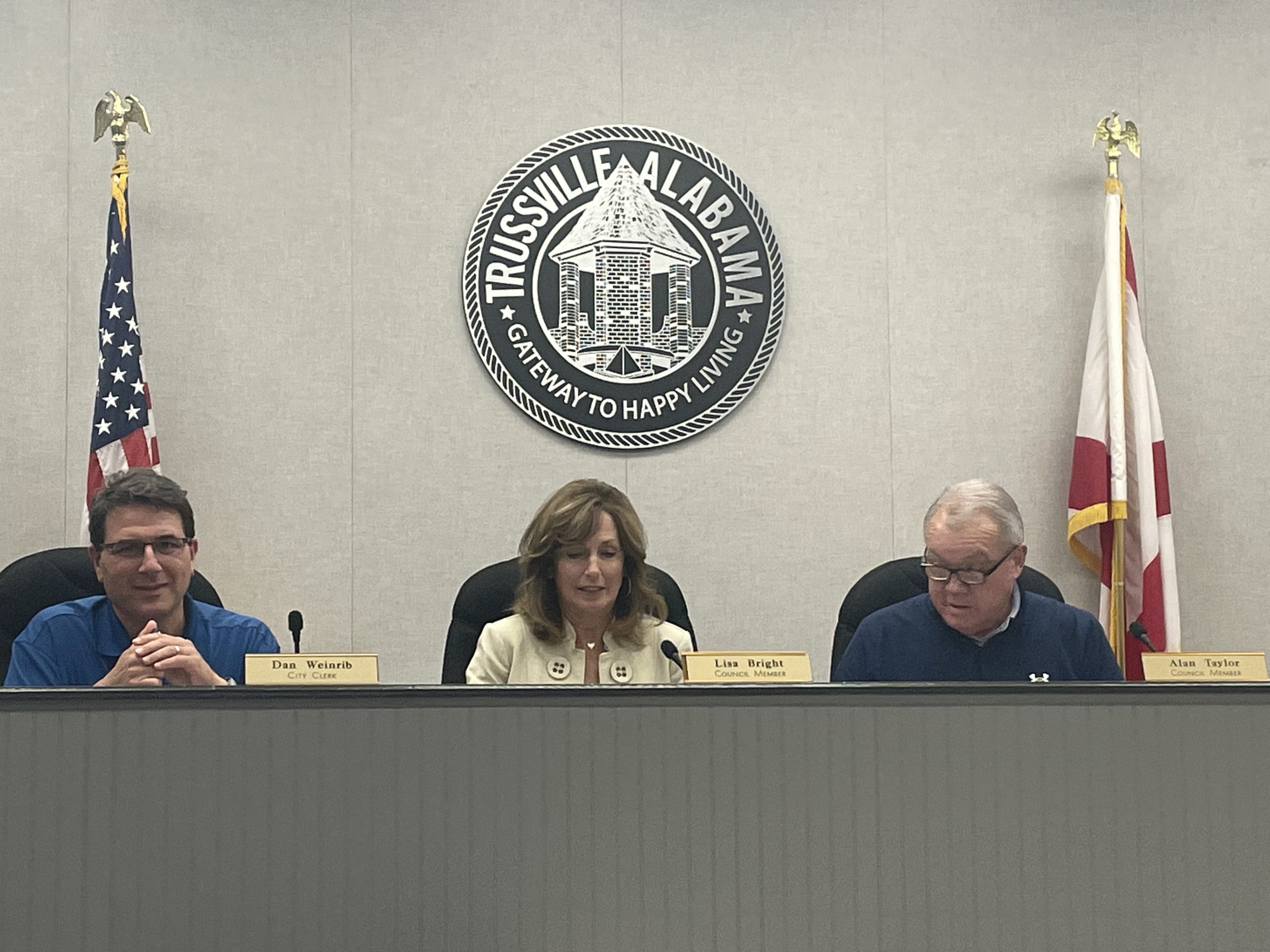 TRUSSVILLE — The Trussville City Council held a special session on Thursday, June 9, to authorize the request for additional traffic signals with Alabama Power, located between the Winn-Dixie-based Shopping Center and the Park at Hamilton Place Commercial Subdivision.

The City of Trussville desires to protect the safety of citizens and visitors traveling along Main Street, also known as U.S. Highway 11.

“When the power is turned on to the box, the state has to send an inspector to check the box once it has power to it,” Mayor Buddy Choat said. “Once they’re happy, then they will turn the lights on, and they’ll flash for up to two weeks. It’s just to let people know the lights are there during the night, day, or whenever. When they feel comfortable, they will turn them on, and then it’s our responsibility to main those lights.“

Councilmember Jaime Anderson pointed out that the lights were paid for by the current developers of the Park at Hamilton Place Commercial Subdivision.

During the special session, the council also approved the ABC Application for Trussville Social, located at 114 South Chalkville Road in Trussville.

The new restaurant will be combining two buildings in the Entertainment District. One side will be where all the restrooms, kitchen, and offices will be, and the main big building “will be one big, wide-open entertainment venue with a bar in the middle of it.” 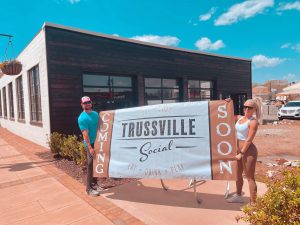 Jeremy and Misty Reeves are no strangers to the restaurant business. After moving to Trussville in September 2021, they saw a way to give back to the community of Trussville. They announced the opening of their newest business at the beginning of April 2022 and have hit the ground running.

Jeremy said one of their old slogans is “Where old friends gather and new ones meet.”

Jeremy initially hoped to open Trussville Social by the beginning of June, but during the special session, he said the new goal would be to be open by the first of July.

“Hopefully in another like two to three weeks, but the rest of the floors will be done tomorrow, and Monday furniture started coming,” Jeremy said. “We’re close, so we just gotta get everybody in and make sure that we’re adequately staffed, and everybody’s trained and ready. Hopefully, by the first, we’ll open.”

Jeremy said it’s pretty amazing to see the changes they have made to space, but the space isn’t the only aspect that will be amazing.

“We will use our base menu from the Gridirons, which is everything’s fresh, hand patty burgers and we do a lot of different things like one of our burgers, for example, it doesn’t have a regular tomato, it’s kind of a fried green tomato, instead of onions it’s got onion straws and then the strawberry pepper jam,” Jeremy said. “We do some creative different things, but then we will have a chef’s menu like Thursday, Friday, Saturday night that will rotate with filet, bourbon-glazed salmon, smoked salmon, stuff like that.”

The outdoor area will have a turf area with cornhole and other various outdoor gaming. Inside there’ll be pinball, shuffleboard, and several different little games for the kids.

“Family Friendly, adult-friendly, and we’ll also do live music about five days a week,” Jeremy said. “Sundays we’ll do a brunch we’ll have music out there during the day starting about noon.”