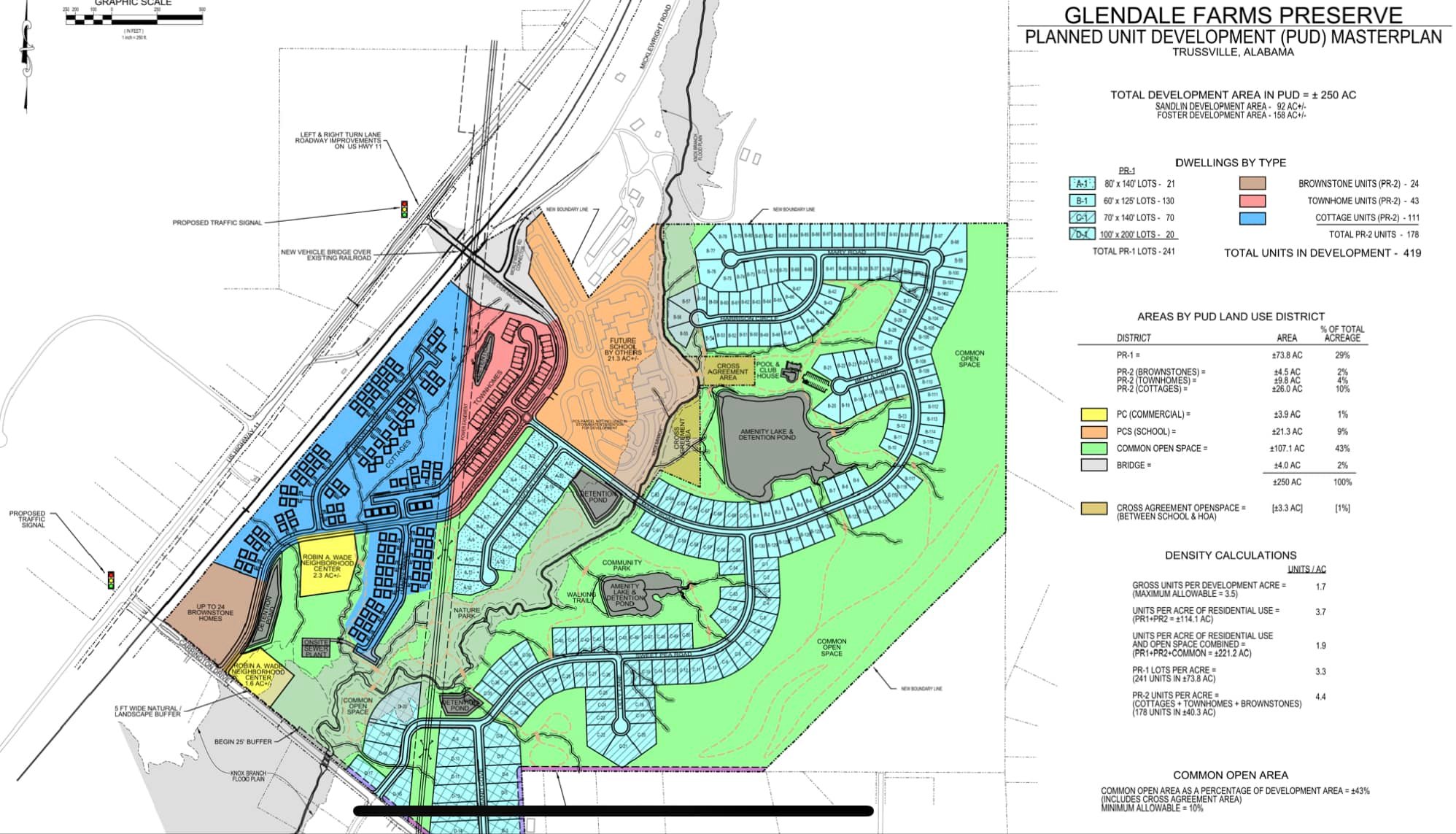 TRUSSVILLE — The Glendale Farm development has requested a withdrawal from tonight’s council meeting.

Weinrib explained that the city council would have to approve the decision to withdraw Glendale Farms from the agenda at the council meeting.

Changes were made to the development since the council workshop on Thursday, June 7, which was significant enough to require the development to go back to Planning & Zoning.

Trussville PUD Ordinance states in Section 21.3D6F that “Delineation of the various land use districts within the PUD, and the uses proposed within each such district, indicating for each area its size and composition in terms of total number of acres. In residential use districts, the total number of dwelling units and approximate percentage allocation by dwelling unit type, such as townhomes, garden homes, single family, condominiums or duplexes, as well as locations for each such dwelling unit type must be identified. In mixed use districts, the part of the parcel and of the building which is to be devoted to each use must be provided.”

According to Councilmember Ben Short posted on his Facebook Page, those changes are that “the developer has agreed to shift its phasing to build single-family detached units at the same time as the townhomes. They have also agreed to a 25 percent reduction in townhomes bringing the total number of townhomes to 43. Additionally, the landscaping and exteriors of the townhomes will be maintained and kept up by the HOA. They have also agreed to remove Carrington from the development name.”