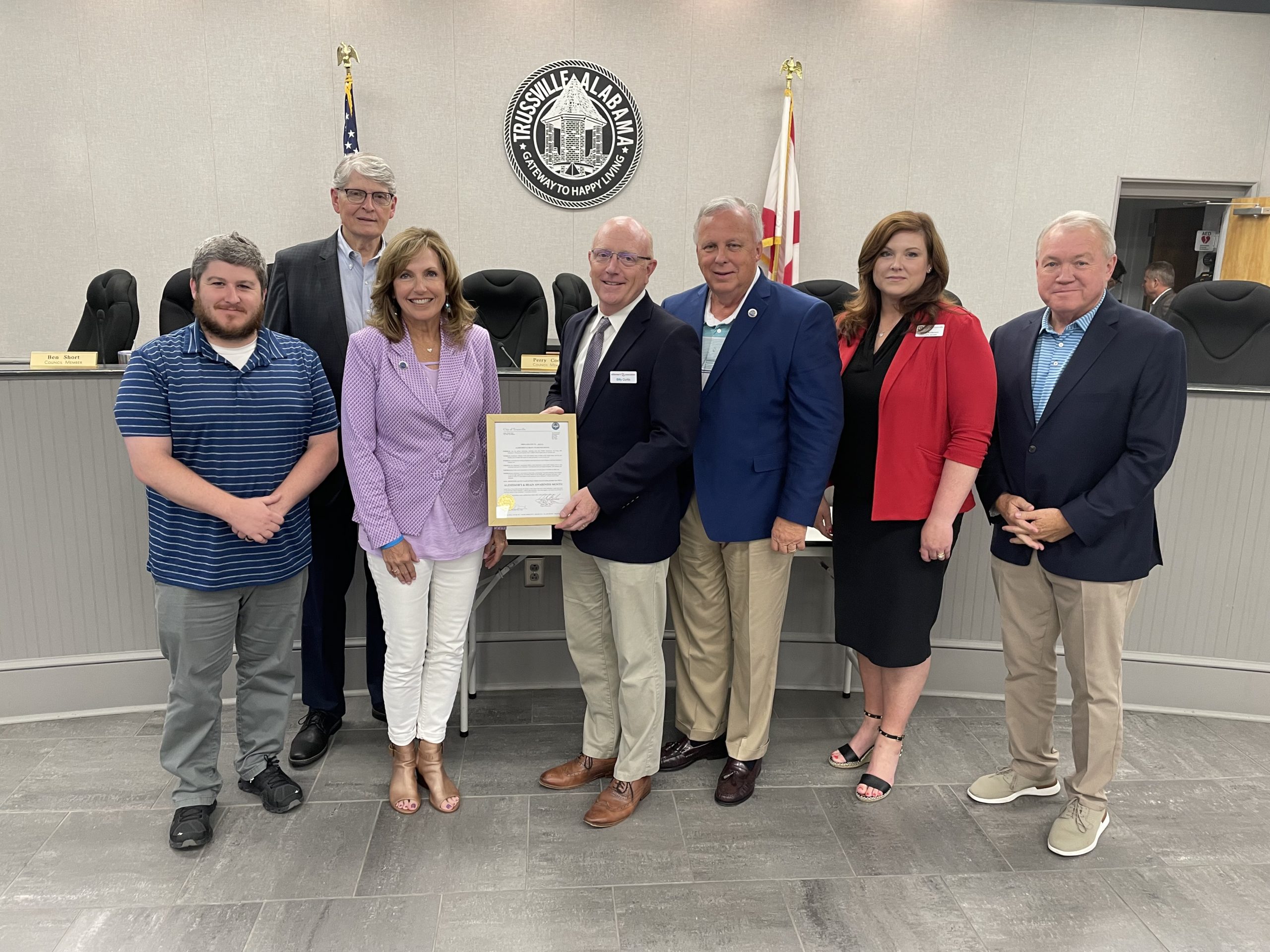 TRUSSVILLE — The Trussville City Council declared the month of June Alzheimer’s & Brain Awareness at the city council on Tuesday, June 14. 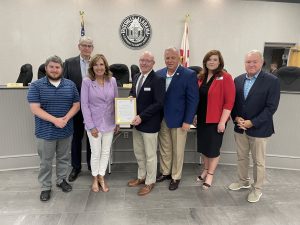 Over six million Americans, including more than 96,000 Alabamians, are living with Alzheimer’s Disease, and someone new is added to those ranks every 65 seconds.

Mayor Buddy Choat said this disease impacts many people and the City of Trussville wants to support anyone who has been affected by Alzheimer’s or dementia.

“I think most people either have had experience with Alzheimer’s or dementia, either through family connections or friends, we’re all aware of what it is and how devastating it is for those that have it plus family members that deal with it,” Choat said. “We just felt like it was something that we wanted to recognize as being important to the city as far as thinking of those that are affected by it and those families as well.”

The Alzheimer’s Association was at the meeting Tuesday to encourage Trussville businesses and residents to join the fight against this devastating disease by decorating their storefronts and spaces with purple as well as wearing purple to raise awareness about Alzheimer’s Disease and all other dementia.

“We appreciate your support,” Alzheimer’s Association Billy Curtis said. “This is an exciting time for the disease because there are actual medical things coming on board they’re gonna actually start to move the needle for us. So we maybe won’t have to deal with another 96,000 people in our state suffering from it.”

All June, the City of Trussville urges all citizens to take steps to act now to end Alzheimer’s, open their minds to learn the facts about Alzheimer’s and all other dementia, voice their support, and become an advocate to move the mission of the Alzheimer’s Association forward.