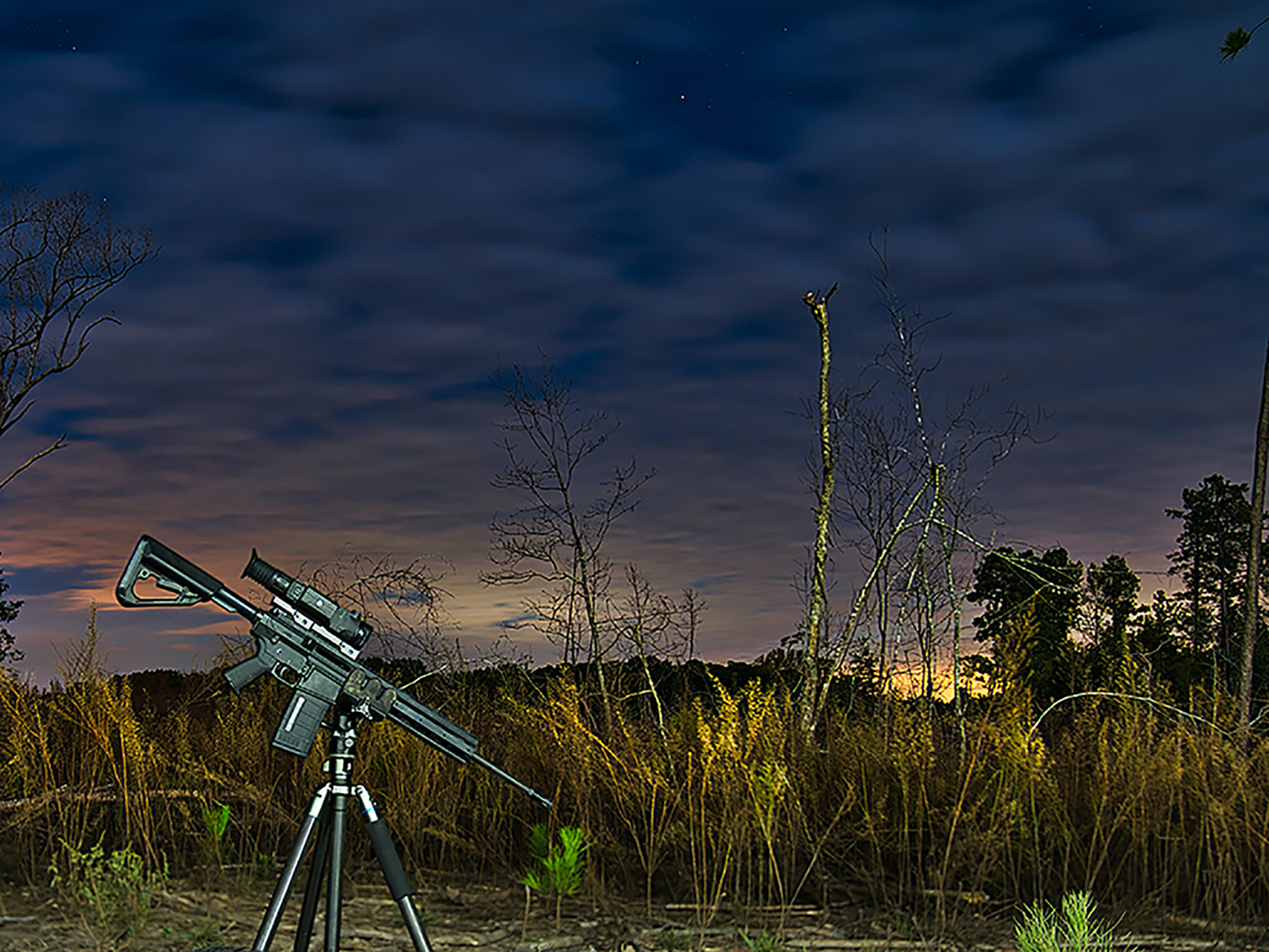 The Alabama Department of Conservation and Natural Resources (ADCNR) continues to provide citizens with groundbreaking opportunities to enjoy the outdoors in new, innovative ways. 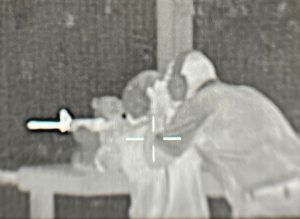 A look through Chief Weathers night vision optics reveals a warm barrel as the shooter continues to fire. (Photo courtesy of Michael Weathers)

From what Law Enforcement Chief Michael Weathers can determine, Alabama is leading the way in this event, which allowed those who signed up to bring their night vision and thermal optics to the range to shoot at night.

“Number one, we think it’s very likely this is the first time a game and fish agency has ever hosted an event like this, where we open one of our state shooting ranges during what are normally closed hours and staff it,” Weathers said. “We did this so members of the public who own rifles with night vision or thermal sights can shoot or zero their guns in a safe environment.

“We had good public turnout and a lot of enthusiasm. The guys who came out and shot were glad to have the opportunity, and several traveled a pretty good distance to get there. We had one gentleman drive up from Lee County. He brought a rifle with a thermal sight. We got him zeroed, and he was very complimentary of us for opening the range, providing that opportunity. It’s hard to find a place to shoot, let alone a place to shoot at night.”

The WFF staff opened the Cahaba River Range at 8 p.m. on a Saturday night and brought in numerous WFF officers to oversee the range to ensure safety under the low-light conditions. Unlike the WFF Law Enforcement’s Firearms 101 sessions, where new or inexperienced shooters are provided with .22-caliber firearms and taught how to handle a firearm safely and improve their shooting efficiency, the Night Shoot officers did not offer instruction.

“We brought in some of our firearms instructors, not to teach, but to run the range and ensure safety on the range,” Weathers said. “We kept it open until 2 a.m. We had folks coming and going for most of the night.” 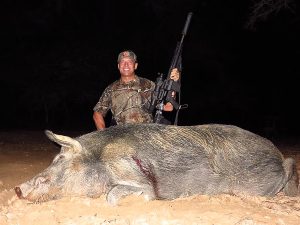 Steel targets were used for those with thermal imaging equipment, and range officers used propane torches to heat the steel to increase the thermal profile. “It works like a champ,” Weathers said.

After the targets are ready, before the firing line goes hot, WFF officials use their own night vision and thermal optics to ensure no one is downrange before the red lights are turned off and the firing resumes.

“We just walked around and helped where we could,” Weathers said. “It was a great event. For us, it’s better utilization of a state resource. Our state shooting ranges are a low-cost state resource for everybody.”

Ryan Russell from Helena was one of those who made the inaugural Night Shoot, and he was able to shoot his .300 Blackout at the range.

“It was an interesting experience to shoot with a thermal scope,” Russell said. “Several people were out there with night vision optics. I got to see the difference between thermal and night vision and what to expect. I was able to learn from other people how to effectively use night scopes, how they handle and things you need to be aware of. Thermal scopes are great as long as you have a warm target to shoot at. Shooting at paper is tough with thermal, but the night vision was pretty cool.

“For a first time, I thought it went well. Going to a range, you never know who you’re going to interact with, but there were plenty of officers on-site to keep everybody safe. They had really good control of the range. I had both of my children out there with me. We felt safe at all times. I really enjoyed it, and we had a wide range of people out there. A couple of people there didn’t shoot. They were there to watch and learn.”

State Shooting Ranges are open to anyone who holds a hunting or fishing license or purchases a Wildlife Heritage license for $11.70.

“With the explosion in nighttime predator control hunting and the ownership of night vision and thermal equipment, we hope to do a lot more of these events to give folks the opportunity to come out in a safe environment to shoot their firearms with their night vision or thermal optics,” Weathers said.

Landowners and leaseholders could previously apply for a depredation permit to shoot feral hogs and coyotes at night, but the process was somewhat restrictive.

The Alabama Legislature passed a law that allows Alabama residents to purchase a $15 license ($51 for non-residents) to hunt feral hogs and coyotes at night with night vision, thermal optics or lights attached to the firearms during a specific season. The 2022 season started on February 11 and runs through November 1.

“Last year, we got a dedicated feral hog and coyote nighttime hunting season on private or leased land,” Weathers said. “That’s been a real success. A lot of folks are taking advantage of that. It makes it easier for those landowners to control predators. If you’re a member of a hunting club and the landowner allows it, you can buy that license (www.outdooralabama.com) and participate in predator control hunting during the off season. 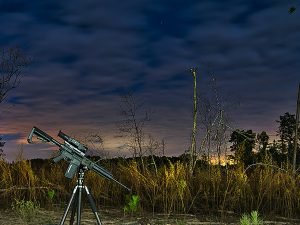 “Because of the popularity in nighttime feral swine and coyote hunting and the increase in people who own night vision and thermal optics, opening the range at night was a good way for us to work with the public. And when people buy night vision or thermal scopes and firearms, those tax dollars go into the Pittman-Robertson Fund that is distributed to the states for a variety of uses, including purchasing shooting ranges and staffing them. This gives everybody an equal chance to better use the resources they’re paying for.”

Weathers said the Night Shoot was a great learning experience for the public as well as the WFF staff, and he expects to hold several similar events in the future.

“We know there’s a demand for this, a need for it,” he said. “We plan to host more of these events and move them around the state. By nature, they have to be staffed, and we can’t do it everywhere all the time. But we intend to conduct as many of these events as possible.”