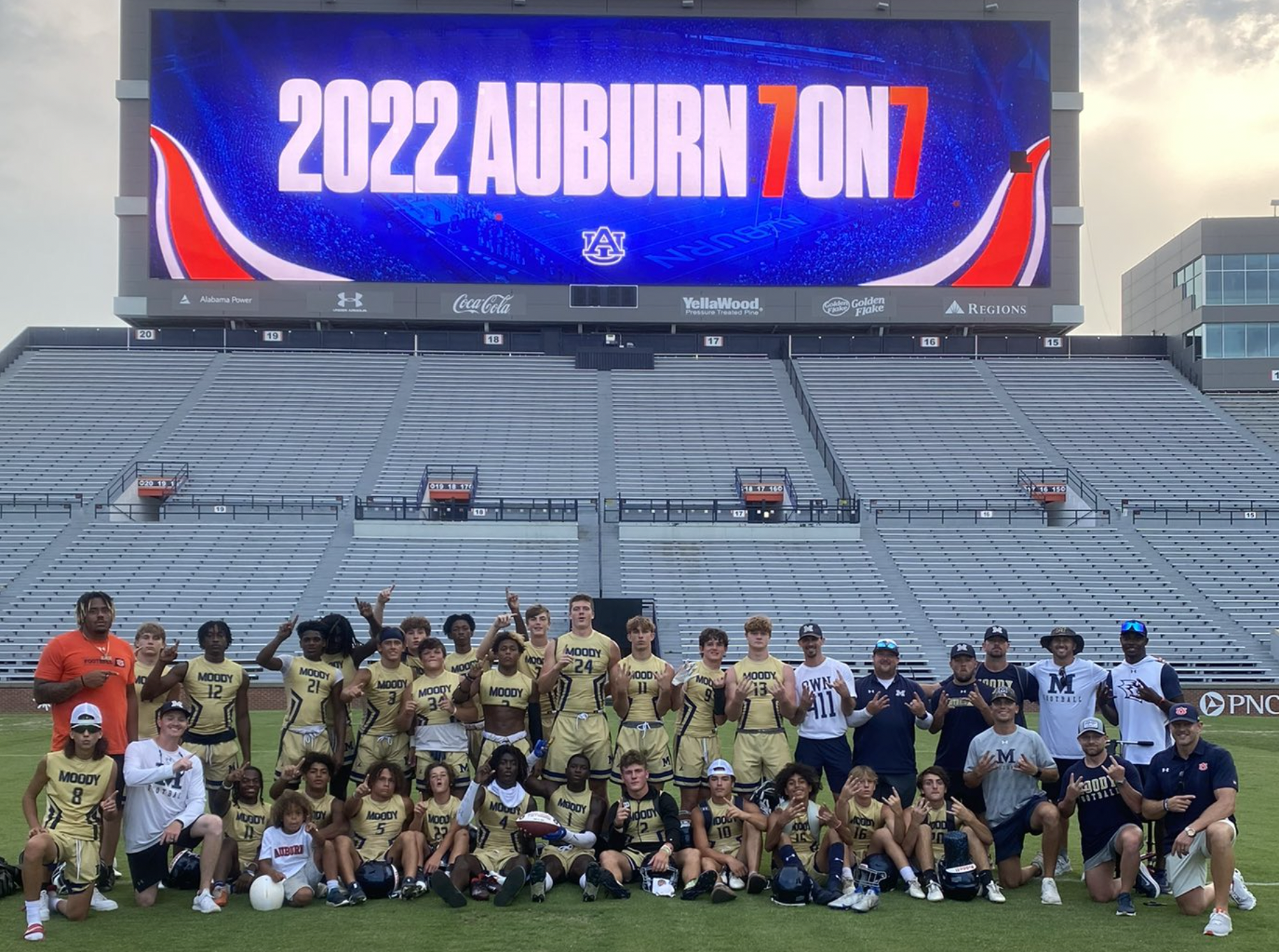 Moody wins 7-on-7 tournament at Auburn

AUBURN — The Moody Blue Devils are setting the stage for Jake Ganus’s first year as head coach, storming through the Auburn University 7-on-7 camp this past week and winning seven of eight games to claim the overall victory for the event. 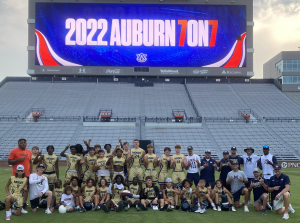 “We had a really great day,” Ganus said. “We brought 25 skill players with us, and in the championship game we had the lead when we unfortunately had to stop the game due to lightning.”

The weather was tough enough that the game couldn’t be resumed and Moody was declared the winner of the tournament.

The 7-on-7 camps allow skill players — wide receivers, tight ends, running backs and quarterbacks — to showcase their skills in a non-tackling environment. Players are down when they’re touched or tagged by a defender.

Ganus said he made a point of reminding the Blue Devils that the AHSAA state 5A football championship game will be played at Jordan-Hare on Dec. 1, reminding his players of what they hope to achieve.

But that’s in the future. Right now, the Blue Devils continue to gel.

“One of the things that I’m really proud of is that in eight games, our first-team offensive players were stopped one time,” Ganus said. “In 7-on-7, you have to go 15 yards in three plays, and sometimes that’s hard to do just during practice.”

Running back Blaine Burke, who took over as the Blue Devils’ tailback toward the end of the 2021 season, showed off his skills to great advantage, Ganus said.

“He was a stud in the backfield,” he said. “Blaine is overall just a great athlete, and you know, he’s one of those three-, four-sport athletes.”

The Auburn camp wasn’t the Blue Devils’ only strong showing during the collegiate 7-on-7 camp season. The Blue Devils played the week before at Troy, finishing 6-2 at the Trojans’ 7-on-7 camp before being eliminated in the semifinals of the tournament by Thompson.

“The point of 7-on-7 ball is about how your team competes,” Ganus said. “I know some people say it’s not ‘real’ football, but at game time we’re going to compete. I mean, you saw us at practice (earlier in the Spring) and it was getting kind of chippy. I think the best thing we did was to be able to compete against other teams as a team, as Moody.”