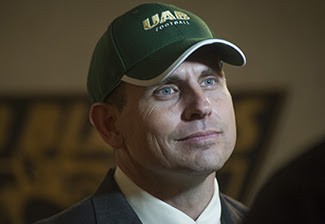 BIRMINGHAM — Bill Clark, the head coach who oversaw UAB’s Lazarus-like rise from a dead football program to a conference championship and three bowl appearances since the program’s rebirth in 2017, has announced his retirement effective August 1, 2022. 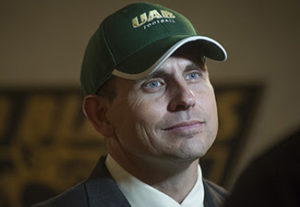 Clark cited debilitating back problems as the reason for his retirement.

“It’s time. Knowing that doesn’t make this any easier,” Clark posted to his Twitter account. “Retiring as the UAB head coach is the hardest decision that I’ve ever had to make, but my future health and well-being depend on it. I have reached this decision after consultation with a number of world-class medical experts and much family discussion, reflection and prayer. Because of long-standing back issues that grew more and more debilitating in the last year, I have been told that I need a spinal infusion.”

Clark was originally hired away from Jacksonville State in January 2014 and led the Blazers to a 6-6 finish,.

But a day after the program became bowl eligible for the first time in a decade, Sports Illustrated reported that UAB President Ray Watts was set to the fire the school’s athletic director and end the football, rifle and bowling programs.

Watts announced the end of the UAB football program on Dec. 2 of that year in what he described as a cost-saving move.

Coaches, fans, boosters and former players rallied around the defunct program, however, and UAB announced that it would reinstate the program beginning with the 2017 season. Since then, the Blazers have won a Conference USA championship and gone to three bowl games, winning one.